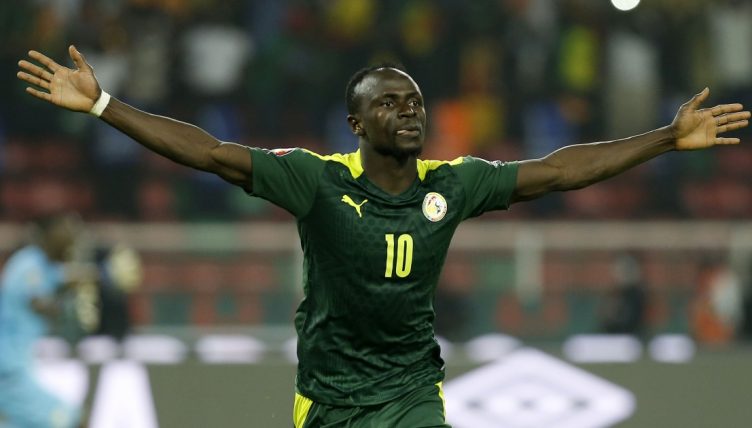 Liverpool’s Sadio Mane had spoken about learning from experience in the days leading to Senegal’s Africa Cup of Nations final with Egypt, but even he never imagined the circumstances of Sunday night at the Olembe Stadium.

You wonder what went through his head as he made that long walk from the halfway line, departing from his expectant team-mates, and with the weight of an entire nation on his shoulders.

Senegal had never come this close to AFCON success. For sure, they had played in two finals before Sunday, losing on spot-kicks against Cameroon’s golden generation two decades back and failing to recover from Algeria’s early effort in 2019.

However, they never came within a single kick of sealing a first continental crown against the Indomitable Lions in 2002, failing to convert three of their five penalties.

Undeniably, Mane was in uncharted territory.

Eyeball to eyeball with Egypt second-choice goalkeeper Mohamed Abou Gabal, or Gabaski, there must have been nerves buried beneath Mane’s poker-faced demeanour.

He was face to face with the inspiring Pharaohs shot-stopper, whose in-game expertise and prowess from 12 yards gave the North Africans a slight edge.

It was Gabaski who came up trumps in Egypt’s penalty success against Ivory Coast in the Round of 16 — thwarting Eric Bailly — before repeating the trick in their elimination of tournament hosts Cameroon, saving two spot-kicks.

Indeed, the Zamalek goalkeeper was in his element.

Mane had experienced this first-hand, too. With Senegal given the chance to do to Egypt what Algeria had done to them three years ago by deflating the North Africans’ spirits with an early goal, the team’s top scorer was thwarted from the spot by Gabaski.

That seventh-minute miss precipitated the examination of the screw-up, aiming to understand why the West African side’s best player faltered.

Perhaps Mane’s antics before the kick put him off rather than shake Gabaski’s self-assuredness. Maybe there was a fault in his run-up and execution, aiming for sheer power as opposed to placing it in the corner of the goal.

Observers asked these questions, and it will not be out of place to suggest the world-class Liverpool attacker did likewise internally.

Having said that, Mane’s approach on Sunday was similar to his penalty in Senegal’s opening game of the competition against Zimbabwe. In that encounter,  with Cisse’s team needing someone to step up in the 97th minute, the Liverpool forward smashed a powerful effort to his left, sending Petros Mhari the wrong way.

He had missed a one-on-one earlier in that game but made no mistake when he got another opportunity at the death. Reminiscent of that Zimbabwe decisiveness, despite admittedly being under significantly greater pressure against Egypt, the marksman delivered when his nation needed him most on Sunday.

It was not without difficulty, and self-doubt could have crept in when Mane could not get on the end of menacing Ismaila Sarr balls that flashed across the goal area after his penalty miss.

It would have been easy to mope, fearing it was not going to be their day, particularly as the outstanding Gabaski made save after save to deny the pre-tournament favourites.

And the Lions of Teranga talisman appeared to be a bag of nerves during the shootout, unable to hide his emotions as each taker stepped up amid the din in Yaounde. Separated from his colleagues, arms folded and pacing up and down, the nervous energy was palpable.

However, when the onus was on the Liverpool superstar, the composure was evident and the execution top-notch.

The ball placed on the spot, several steps back and positioned just inside the ‘D’, the approach run was similar to his earlier saved effort. The execution, though, could not be more different.

Rather than simply put his foot through the ball, Mane powered his decisive penalty into the corner and far away from an outstretched Abou Gabal. The Egypt goalkeeper knew what to expect but he was beaten by the sheer ferocity of the penalty.

Undaunted by his previous miss and subsequent events, stepping up when others may have shirked from that responsibility or folded under the pressure took courage.

Senegal’s man of steel delivered the Lions of Teranga’s maiden AFCON crown, demonstrating his fierce mentality, of which his club manager Jurgen Klopp has so often talked.

No guts, no glory. Mane has both.