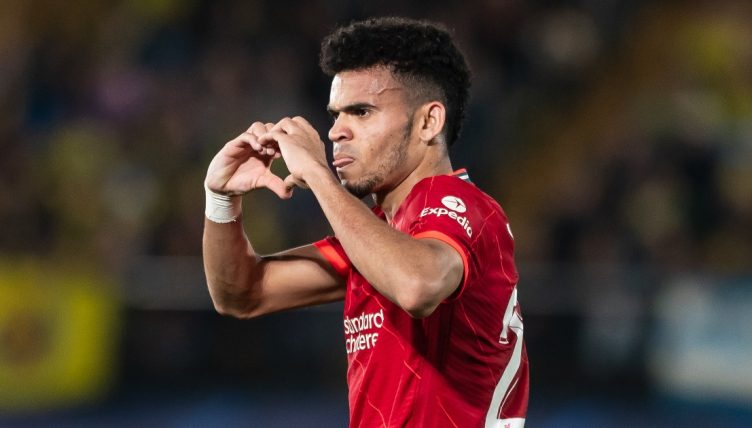 As Liverpool applauded the away supporters at the Estadio La Ceramica, having booked their place in a 10th European Cup final – and a third in five years – Luis Diaz looked overcome with emotion.

The Colombian needed a moment to wipe away tears of joy as he looked up at the travelling fans. It was dawning on Diaz what this moment meant – he’s reached the pinnacle of the club game, and played a starring role in Liverpool’s journey to the Paris final.

Hailing from one of the poorest regions in Colombia, La Guajira, as a member of the indigenous Wayuu tribe, Diaz’s rise to the top is already an unlikely tale. But that’s nothing new at Liverpool.

Ballon d’Or contender Mohamed Salah would make nine-hour journeys on 10 busses to make training as a youngster in Egypt. AFCON champion Sadio Mane ran away from home at the age of 16 with ripped-up boots to try to make it as a footballer in Senegal’s capital Dakar.

If it wasn’t immediately obvious when watching them play, Liverpool’s new-look first-choice front three all know the value of hard work.

Look at what reaching a #UCL final means to
Luis Díaz 🥹 pic.twitter.com/alz7iZnnOD

Diaz looked a special player at Porto. That was clear from the goals and assists he’d racked up by Christmas, or the briefest look at his highlight reel. There was a reason he was coveted by major clubs across Europe, well worthy of his place as a transfer gossip column stalwart.

But big-name signings rarely live up to the hype. Look at Manchester United. Look at pretty much every €100million-plus player. January arrivals are supposed to take some time to settle in. Football isn’t supposed to be quite so easy.

But this is Jurgen Klopp’s Liverpool, where everything just works. Mane, Salah, Virgil van Dijk, Alisson: every high-profile arrival at Anfield during Klopp’s tenure has been a success, making the club make another step forward.

Even the fringe additions  – Takumi Minamino, Kostas Tsimikas, Harvey Elliott – have played a vital role in the squad unprecedentedly competing on four fronts this season.

Even with that track record, few could have predicted Diaz to hit the ground running quite like he has. The 25-year-old often looks Liverpool’s most dangerous attacker, which is ridiculous given that no Premier League player has scored more Champions League knockout goals than Mane, while Salah is chasing a third golden boot in five years.

Roberto Firmino and Diogo Jota – hell, even Divock Origi – have done as well as anybody could have expected when called upon.

Yet Diaz has already surpassed them when it comes to Klopp’s marquee first-choice XI. It would be a shock if he doesn’t line up alongside Salah and Mane in the FA Cup and Champions League finals later this month.

It took him just 27 days to lift his first trophy with the Reds – and their fans were keen to point out that is something that Everton stalwart Seamus Coleman hasn’t managed in nearly 5000 days at Goodison Park. 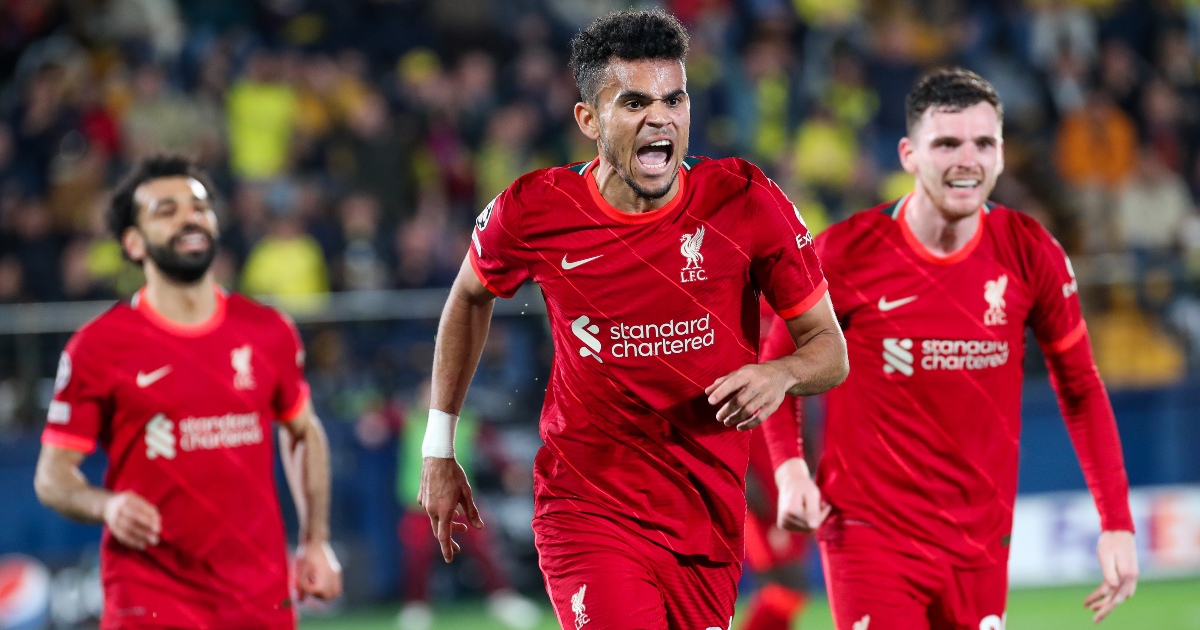 The Colombian’s been at Anfield for half a season and already helped them reach every cup final going while keeping the pace with Manchester City in the Premier League. He’s done what Zlatan Ibrahimovic, Eric Cantona and Ronaldo Nazario could never do and reach a Champions League final. Nobody could have expected quite this impact.

Liverpool weren’t doing badly by any means prior to his arrival, but his deadline-day arrival has provided them an extra spark. They surely wouldn’t still be eyeing the quadruple come May without the Colombian’s influence.

As if he was performing a one-man piece of performance art in tribute to his own mid-season impact, Diaz’s introduction against Villarreal changed the game.

Without him in the first half, Liverpool looked unexpectedly second-best inside a bouncing La Ceramica. They couldn’t impose themselves, and Unai Emery’s side went into half-time with a deserved two-goal lead, level on aggregate, and their tails up.

But immediately following Diaz’s introduction – he was brought on in place of Jota at the break – Liverpool started showing a threat they desperately lacked in the opening 45 minutes. Of Liverpool’s 1.76 xG (expected goals), 1.70 came with him on the pitch.

The power that is the half-time whistle – match momentum at its best:#VILLIV #UCL pic.twitter.com/bLngFR9fOE

Diaz was deservedly named the man of the match after his game-changing display.

Not only did he score Liverpool’s equaliser on the night, the goal that took the tie beyond Villarreal, but he terrorised Juan Foyth and Raul Albiol, registering four attempts at goal in his one half of football – one fewer than the hosts managed collectively all night.

“I’ve never seen a guy come in and hit the ground running like him,” Michael Owen told BT Sport after the match.

“To pick up the way Liverpool play straight away like he has is incredible. And now there is no question about it, he’s a starter.”

"This guy came on and was mesmeric." 💫

"I've never seen a guy hit the ground running like him." 💯@rioferdy5, @themichaelowen and @petercrouch are purring over Luis Díaz 🤤#UCL pic.twitter.com/lzyFmGk1zp

“He was fantastic as soon as he came on. A complete game-changer,” fellow ex-Reds striker Peter Crouch added.

“To come out and play the way they did in the second half – they are deservedly in the final. They are on the verge of greatness. There are legends all over this football club and this lot are right up there with them.”

Whether it’s half a game or half a season, Diaz makes an impact.

If Liverpool can make history this month and win their finals – or even the quadruple – he’ll surely go down as the greatest-ever January signing.