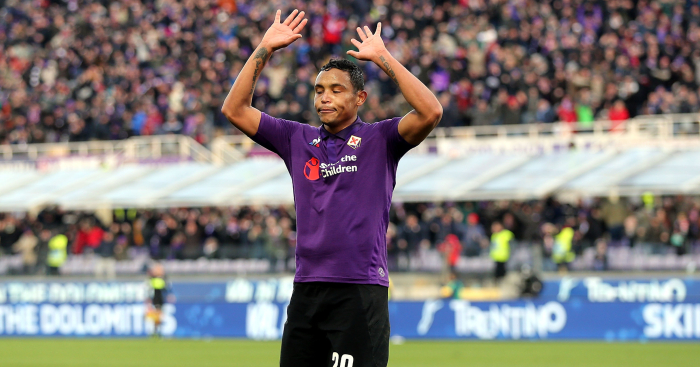 There has been a recent trend of players arriving at a new club in January and taking a while to hit their stride.

It’s common for attackers moving to a new league, with Tottenham’s Lucas Moura looking like a bust in England before becoming an important part of Spurs’ team in the 2018-19 season.

Whether you’re into Fantasy Football, everyone knows not to jump in too early with new signings, especially those signed halfway through the season.

Luis Muriel didn’t let himself be bothered by those matters, though, and the Colombian forward has form for fast starts.

Muriel made a name for himself in Italy before a 2017 switch to Sevilla, scoring plenty for both Udinese and Sampdoria.

Indeed, he scored on his debut for Samp, coming off the bench at Chievo back in January 2015, and after scoring more than 20 Serie A goals for the club it felt inevitable he would put them to the sword on his return to Italy with Fiorentina.

After scoring just once in the league for Sevilla this season, the sight of a former club to terrorise was just too appealing, and he scored not once but twice on his Serie A bow for the Viola.

Muriel’s first goal was a sign of how difficult he would be to handle: the deceptive run was enough to bamboozle the three defenders in his way, freeing him up to roll the ball home. The defenders were less an obstruction and more a form of decoration for his stroll through.

It’s as if he wills the gap to appear, like a golfer convincing himself the hole he’s putting towards can fit a bowling ball.

It feels like the space wouldn’t open up if Muriel didn’t believe it could, and the confidence in the first step coming off makes it easier for the Colombian to believe he can complete the job with a calm finish into the bottom corner of Emil Audero’s net.

Confidence can often be cumulative, too, as can a lack of it, and one wonders whether Muriel would have scored the second were it not for the first.

There’s no debate over his ability to score the kind of goal he produced in the second half, but there is still a question over whether he would have even attempted something like this without the boost of the earlier strike.

There are similarities with Gervinho’s goal for Parma against Cagliari in the same division earlier this season, at least with how Muriel drives away from pursuing defenders as if he has no need to check his rear-view mirror.

However, unlike that goal, there’s the added bonus of the first two touches to set up the opening.

The initial spin away from Joachim Andersen is impressive for two reasons: in addition to the skill and awareness required to get the necessary weight on the touch to escape the Dane while remaining in control, he also does so with enough flair to scare Andersen into only making a half-hearted effort to chase back.

After all, the last thing he wants to do is recover just in time to get beaten again – sometimes you just need to take the L and move on to the next one. 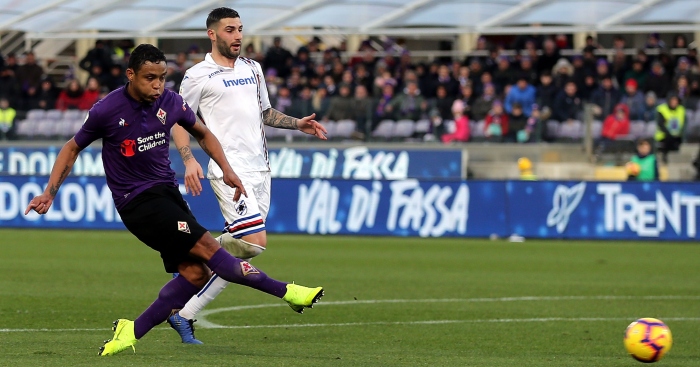 Nicola Murru, however, isn’t ready to just sit back and spectate. As soon as Muriel nudges the ball beyond the full-back, he chases back at full pelt, either out of blind hope or simple naiveté.

Murru joined Sampdoria just 10 days before Muriel left for Spain – had they played together any longer, he might have realised that there would only ever be one winner in the foot-race.

The covering defender certainly realises it, almost sprinting away from Muriel in an effort to avoid being chewed up and spat out, only returning to put in a challenge when it can look like he’s doing all he can.

Even the finish is made to seem much simpler than it really is, with Muriel sliding home right-footed as if there was never any question about where the ball would end up. Again, you have to think the opening goal – combined with the hat-trick he scored in a friendly earlier in the month – played a part in the ease with which he converted the chance.

If some players need time to get up to pace after arriving at a new club in January, it feels like Luis Muriel ran all the way from Seville and kept the momentum going.