Stop everything, Luke Shaw might have won ‘Pass of the Season’ already 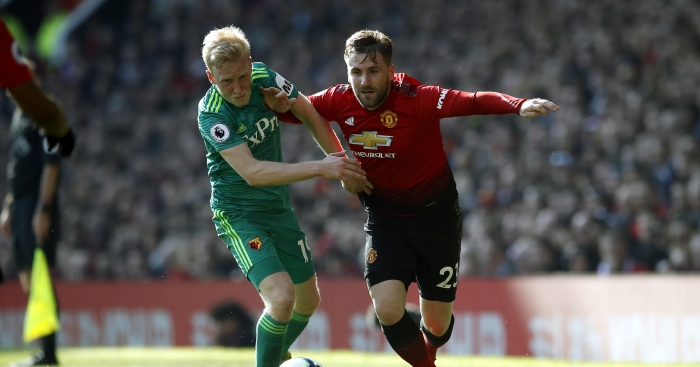 It’s almost impossible to determine which of Manchester United’s players has benefited the most from the club’s managerial change, but Luke Shaw is among the contenders.

The left-back had been invited back into the first-team under José Mourinho in the early part of the season, even scoring his first ever United goal in the opening day victory over Leicester City, but he’s really kicked on since the arrival of Ole Gunnar Solskjær.

Shaw has played more games for United this season than in any other campaign since his arrival in 2014, and he’s been playing with the confidence of a man who knows, for the first time since suffering a horrific injury against PSV Eindhoven in 2015, that he is first-choice.

During United’s narrow victory over Watford in the Premier League, Shaw produced one of those moments which only looks as easy as it did when it comes from a player with both ability and confidence.

It’s only appropriate, then, that the recipient was Marcus Rashford – another man who has kicked on noticeably since the arrival of United’s new manager. 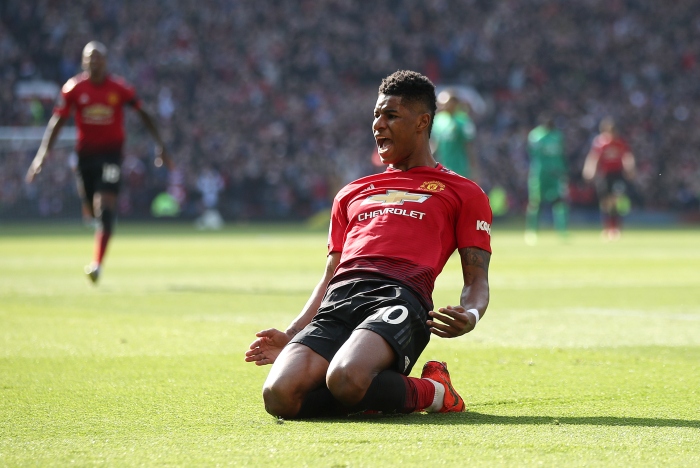 There might be Watford players in pursuit of the left-back as he bursts out of defence, but they’re little more than white noise to him.

It’s that sweet spot of knowing there are probably people in the background but recognising they’re just window-dressing to the main event of your own display.

It feels like everything slows down just enough for him to pick his pass, but the delivery still requires the precision of someone looking into the future and not just identifying Rashford’s run but learning the secret of how the pass needs to be weighted.

It might look like something any good player should be capable of, but it’s so easy to get this sort of thing wrong, either by overhitting the pass and sending it too near to Ben Foster or by putting it close enough to Miguel Britos that the defender is able to intercept.

The margin for error is clear, yet it doesn’t look for a second like Shaw will fail.

When Manchester United were at their free-flowing attacking best under Alex Ferguson, moments like this were commonplace – those situations where a United goal seemed inevitable even if the ball was still on the edge of their own area.

They might not be the all-conquering side of 10 or more years ago, but that doesn’t make it wrong for fans to get excited about what they perceive as a return to the United they know and love – especially when it follows two-and-a-half years of Mourinho where even the greatest successes came with a dry anti-flair.

There was something simultaneously celebratory and inevitable, both in Shaw’s pass and Rashford’s control and finish, and that ought to be enough on its own after what had come before.