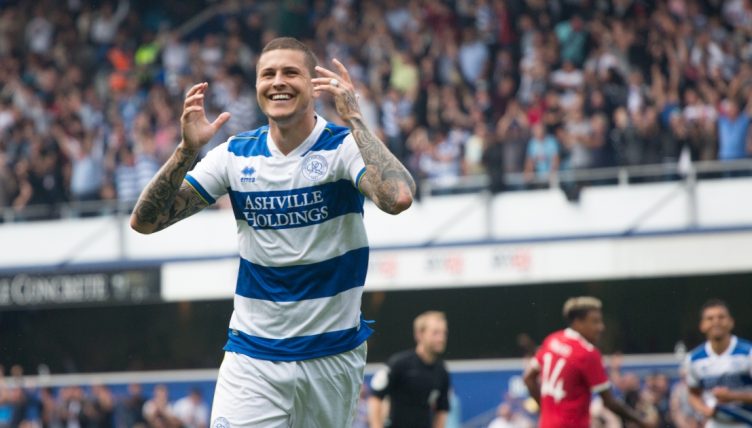 Only three teams have conceded more goals than Queens Park Rangers in the Championship, but only one has scored more, and that makes for the right kind of chaos.

Mark Warburton’s team beat Preston North End 3-2 over the weekend, and it’s the kind of result the fans have been growing accustomed to. They’ve already had a 3-2 win and a 3-3 draw this season, while the 2020-21 campaign brought no fewer than three 3-2 home victories in the league.

However, none of those results came courtesy of the kind of improvised headed pass which would make Phil Jones proud.

It was the kind of topsy-turvy game which could have gone either way, and the input of Lyndon Dykes ensured the hosts were the victors.

The Scotland striker had already opened the scoring, and had another goal disallowed, before battling with compatriot Liam Lindsay to get on the end of a long ball.

After the ball broke loose, some players might have opted to slide in to get a toe on it. However, most players didn’t grow up playing rugby and Aussie rules football and wouldn’t even consider what Dykes did to be an option.

It’s a move which reflects a player – and a team – whose aim is to get the ball as close to the goal as quickly as possible and by any means necessary: an honourable target, if nothing else.

There’s a reason why QPR lead the division in shots on target. Well, probably a few reasons. Conceding enough to make further attacks a necessity is probably one of these, but another is the reluctance to avoid certain decisions just because they look or feel stupid.

Essentially, Phil Jones crawled so Lyndon Dykes could… well, sort of crawl as well, but a bit more aerodynamically.

One of the main questions facing Rs fans at this stage is whether what they’re doing right now is sustainable over the course of a season.

Last term, they conceded at a slightly slower rate, but this still gave them a worse defensive record than the eight teams who finished above them. The decision to concede more but also score a lot more is a bold one, though, and it’s hard to come down too hard on that kind of ambition.

On top of all this, Warburton’s side have a few notable similarities with previous QPR promotion campaigns, if you’re looking for that sweet, sweet narrative boost.

We’re only a quarter of the way into the season, of course, and by the halfway point they might be nowhere near their current top-six berth. For now, though, QPR are demonstrating just how far chaos and invention to the point of confusion can take a team.

Anyone who tells you they don’t want to see this kind of nonsense in the Premier League is lying.