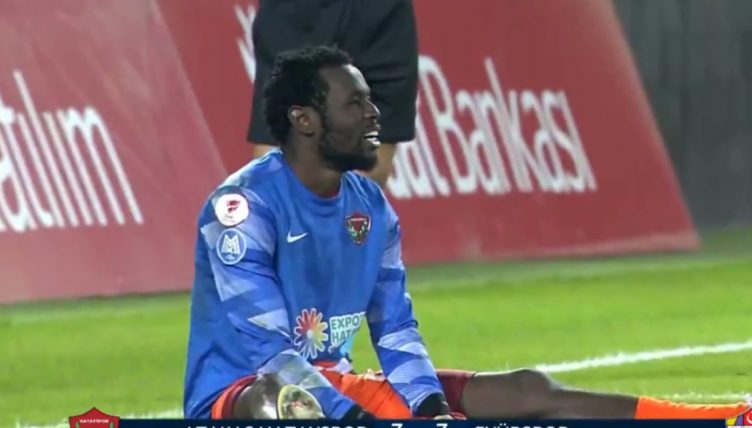 An outfielder going in goal is always a good laugh, but the steps required for it to happen make it a rare, if beautiful, occurrence. But how many times has a striker gone in goal twice in one match, including for a penalty shootout, and his side has still won?

For Mame Biram Diouf, that was the situation in the Turkish Cup last night.

It seems like a storyline from an episode of some children’s show about football. Maybe from that one anime series where all the players have superpowers and, in this episode, Diouf swapped his goalscoring prowess for magic goalkeeping gloves.

The setting was the Turkish Cup fourth-round match-up between Eyupspor (which sounds to us like a northerner saying “hey up, sport”) and Diouf’s Hatayspor.

Once of Manchester United and more famously Stoke, Diouf has been on electric form since joining his Turkish side last year, averaging nearly a goal every other game despite being about to turn 34.

He has fired them to third place in the Turkish Super Lig this season, level on points with second-place Konyaspor, and is the joint second-highest goalscorer in the Turkish top flight. 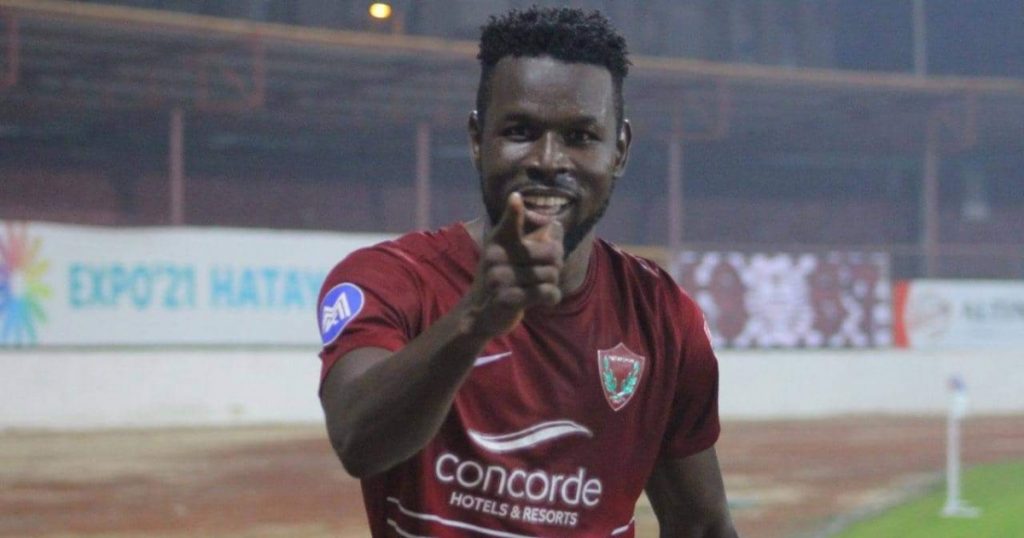 But after a quiet performance in the Cup, he took centre stage when in the fourth minute of injury time with the match tied at 1-1, Hatayspor’s goalkeeper Abdullah Yigiter was sent off.

The team had already used all their substitutions and so into the net went Diouf. With an oversized, baggy goalkeeper top, outfielder shorts and ‘keeper gloves that didn’t fit right it ticked all the boxes for a perfect outfielder-in-goal cameo, a little easter egg of a present in Diouf’s career.

As soon as extra time started, the situation was rectified when the team used their added extra-time sub on their backup goalkeeper and Diouf trudged back upfield.

The substitution seemed to have brought Diouf’s goalkeeping moments to an end, as if to say: That was nice wasn’t it? Just a little bit of comedy amidst a tight cup affair.

But then, this being Netflix-worthy drama, the backup goalkeeper got a red card in the 121st minute with the score still at 1-1.

He had come out and made a rash challenge and now, with penalties a certainty, Diouf had to pull back on his goalkeeper top, slide his hands back into the sweaty gloves and head into the net for the shootout.

The person who goes in goal when there is no goalkeeper available must be the player who has the most confidence and the selflessness to put their team first and to take the risk.

But when Diouf stepped up he probably hadn’t taken into account the possibility of facing penalties in goal, likely for the first time since he was a child playing with his friends (insert unnecessarily dramatic flashback scene here).

The shootout began with him doing what he does best, firing the first penalty low and hard beyond the Eyupspor goalkeeper. Yet there would be no long walk back for him to his teammates, instead it was the equally as nervy but considerably shorter walk from the penalty spot to the goalline.

Up stepped the first Eyupspor player, Diouf staring him down. He started his run-up, fired low, hard and… missed.

Diouf had gone the right way but he didn’t need to make the save, the ball flying past the post. We’re giving him total credit, however – it was clearly all down to his brilliant mind games.

In fact, Diouf dived the right way for every penalty apart from the last one, Eyupspor’s sixth which would make the score 5-5 overall.

But remember, this is television drama and so, of course, the Eyupspor player missed. The ball crashed against the post and the player who’d struck it collapsed to the floor. He had missed a penalty against a striker in net.

Indeed, his team had just lost an entire shootout to Mame Biram Diouf and his oversized goalkeeper top. He was mobbed by his team-mates who could not believe what they had just seen. Neither could Diouf, who stood frozen with his hands in the air.

Forget Ballon d’Ors, forget trophies and forget scoring screamers. This was pure, brilliant football in which nothing makes the slightest bit of sense. You couldn’t have written it better if you had tried.

They better go on and win it now.

Can you name the 16 goalkeepers with 100+ PL clean sheets?