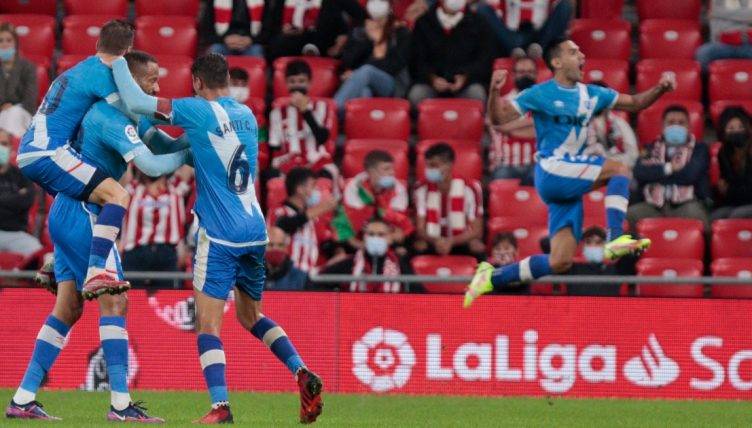 It’s the 95th minute. The scores are tied at 1-1. There’s a free-kick in a promising position, the perfect width to send in towards the six-yard box to ask questions of the opposition.

If your only memories of Bebe are during his time at Manchester United, defined by the indignity of being subbed off as a substitute after some wildly shanked crosses, chances are he’s not the player you’d want standing over the ball.

In fairness, you might well choose Radamel Falcao to be on the end of it. But he too endured a best-forgotten spell in English football.

Yet Rayo Vallecano wouldn’t have it any other way. After nearly 100 hard-fought minutes at San Mames, taking on Marcelino’s in-form, well-drilled Athletic Bilbao, it was Bebe standing over the ball and Falcao on the end of it.

Bebe has been a loyal and useful club servant at Vallecas, the working-class and multicultural suburb of Madrid that Rayo Vallecano proudly call their home.

Having failed to make it in England, he looked destined to become a journeyman in Portugal and Spain before becoming a handy player as the staunchly left-wing club flitted between the top two tiers of Spanish football.

The Portuguese winger has had his fair share of moments during their brave battles against the drop and subsequent marches back up, and he added another special one with his perfectly-placed ball into the back post for summer signing Falcao to attack with relish.

While the bizarre circumstances that led to Bebe turning out for Ferguson’s imperial-era United are a key part of his journey, Falcao’s loan spells at Old Trafford and Stamford Bridge ought to be little more than a footnote on what’s been a glittering career.

Anyone familiar with La Liga needn’t be told that Falcao has a strong shout to be recognised as one of the best strikers of the modern era.

The Colombia international was at the very peak of his powers during his last stint in Spain, leading the line for Atletico Madrid, helping them kick off the Diego Simeone era with a starring role in their Copa del Rey, Europa League and UEFA Super Cup triumphs.

Atleti have boasted the likes of Diego Costa and Luis Suarez – who both fired them to unlikely league titles – as well as Sergio Aguero, Fernando Torres, Diego Forlan, David Villa, Antoine Griezmann and Mario Mandzukic.

No club can challenge them when it comes to 21st-century goalscorers, yet there’s an argument that prime Falcao was the very best of them – he scored a quite ridiculous 70 goals in 91 appearances.

Since then he recovered from his injury nightmare at Monaco to score 83 goals in 140 appearances for the Ligue 1 club, including 30 in their unforgettable title-winning 2016-17 campaign.

His advancing years restricted him to just 34 Super Lig appearances across two years with Galatasaray, but he still boasted a better-than-one-in-two goalscoring ratio (19 in 34) in the Turkish top flight.

And so to Rayo, where he’s rocked up to play alongside Bebe and co. on a free transfer, at the age of 35, for one more season in the sun. Given what he’s won, and the hundreds of goals he’s racked up, he arrives as one of the most high-profile and anticipated signings in the club’s history.

It remains to be seen whether he has enough gas in the tank to get into Andoni Iraola’s first-choice XI or whether he’ll continue to be the coach’s not-so-secret weapon off the bench. With two goals in two substitute appearances, he evidently hasn’t lost his eye for goal. 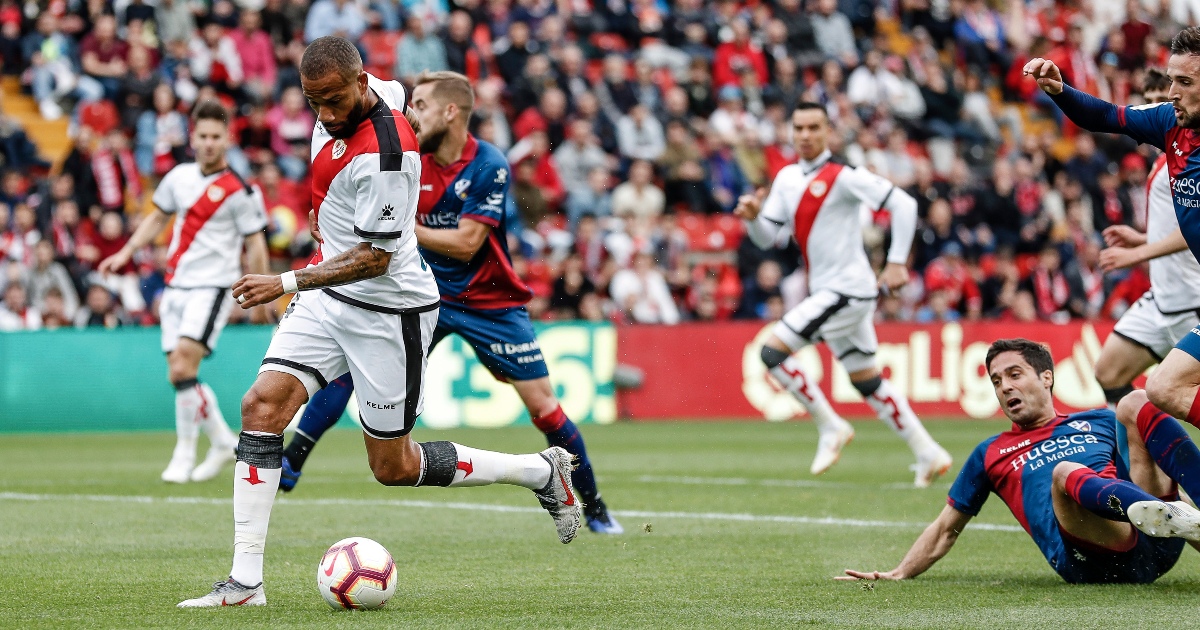 Likewise, five of Bebe’s six appearances in La Liga so far this season have been off the bench, and the 31-year-old will likely remain a bit-part player – as he was during their promotion-winning campaign last term.

Shortly before the last-minute free-kick, Falcao was in discussion with Bebe – who had also been introduced in the final 15 minutes – telling him exactly where he wanted the ball. The winger obliged, and Falcao did the rest.

“I am very happy and also grateful to the whole club and to my team-mates. It was very important to get the win at a great ground like San Mames. Bebe’s cross was excellent,” the striker told Spanish station Gol! after the final whistle.

After sneaking through the play-offs last term, the club were widely tipped to go straight back down – but Falcao’s last-minute winner at San Mames moved them up to fourth in the table at this early stage.

Even if they’re only used sparingly, there’s every chance the two players can make a big impact for Rayo this season. They might only appear in 20-minute bursts, but you won’t want to miss them.