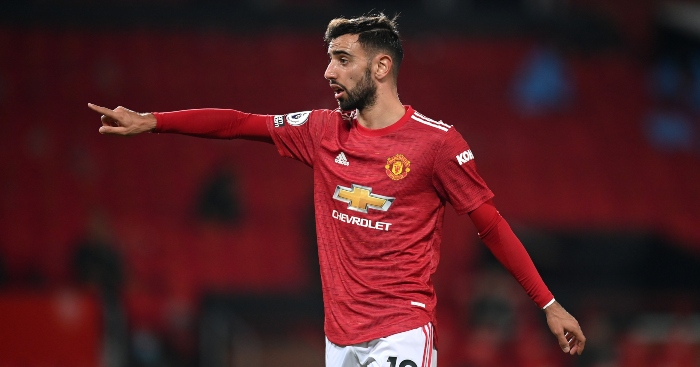 It turns out that this was the very first time he has failed to score or assist in a Premier League away game since joining the Red Devils almost a year ago in January 2020.

This statistic itself shows how superb the Portuguese star’s end product is in the final third, whether that’s tucking chances away or creating them for his team-mates.

If anyone is thinking his failure to directly contribute to a goal is an indictment of his performance at Bramall Lane, they should think again.

While the 26-year-old will likely be desperate to get back among the goals and assists, all his failure to get them shows is Fernandes doesn’t need those numbers to validate the quality in his technique.

There were clear examples of that from the match and we picked out two passes that wouldn’t have seen the midfielder get an assist even if they had led to goals.

We love the way that Fernandes looks up and spots Aaron Wan-Bissaka’s run before picking out the right-back with a pass that looks so effortless.

Having shown that he could play divine passes with the inside of his foot, it was only right for Fernandes to then hit a pinpoint ball with the outside of his boot.

Naturally, the former Sporting Lisbon man did exactly that within 15 minutes of the first pass we picked up on.

We all know that Fernandes has the quality to pull this off by now, but it’s the awareness and composure to spot and pick out Juan Mata, while five Blades players are sprinting at him, that we find seriously impressive.

So, all the statistics from this game show is that Fernandes doesn’t need goals or assists to highlight that his ability on a football pitch is an absolute delight to witness.

With that being said, we won’t be surprised if the United star soon adds to the seven goals and four assists he’s already recorded in the Premier League this term.