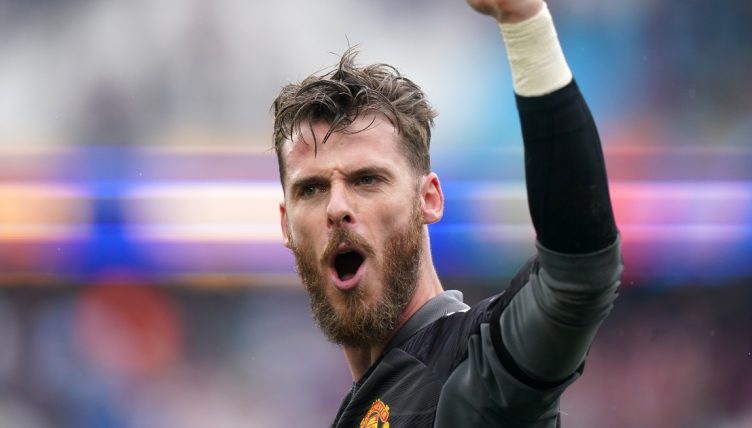 Amid all the chaos of the final few moments of Manchester United‘s win at the London Stadium, David de Gea showed a calmness to cut through the noise.

Why am I telling you this? Well, it’s because that was the last time David de Gea saved a penalty. More than five years and dozens of penalties ago. And then, in stoppage time against West Ham, that run finally ended.

It would have been easy for De Gea to get too energised for Mark Noble’s late spot-kick on Sunday. Or to try too hard to calm himself down that he went too far in the opposite direction.

Instead, though, the Spaniard was unflappable as he dived to his left to keep out the penalty and preserve a huge three points for his club.

There’s perhaps a case that, in delaying the taking of the kick to bring Noble off the bench, West Ham gave the goalkeeper time to compose himself and formulate a plan to keep out the effort. More time than the midfielder had to pick his spot, indeed. However, he still needed to make the save. And after what happened back in May, that was easier said than done.

A moment to forget for David Moyes and Mark Noble…

After watching the Europa League final, you could have been forgiven for thinking De Gea would never save a penalty again.

It wasn’t just that he got nowhere near many of Villarreal’s penalties, but rather that the mental toll of failing to keep out so many in a row and then missing yourself must be huge. Above all else, it’s just exhausting to pick yourself up time after time, hoping for a different outcome, only for the same thing to happen over and over.

It’s like hitting a wall in a platform game, attempting the final jump dozens of times without getting any nearer to making it. Trying approaches at different speeds, hoping the momentum might give you the extra edge you need, and then – when that fails – going in the opposite direction with a super-slow approach. Extra-deliberate. Leaving each component part to stand on its own.

The issue with this approach is that it never works, right up until the time when it does. And you have to trust that ‘the time when it does’ is a real thing on the horizon, rather than a mythical event for which you might have to wait until long after your career is over.

If you flip a coin a hundred times, it won’t be guaranteed to come up heads exactly 50 times and tails the other 50, but you’ll get closer to that split the more times you try. Except, eventually, you might decide there are more important things to do with your time than flipping a million coins to try and land on that 500,000th iteration of heads. And it’s harder to flip a coin when you’re wearing goalkeeper gloves.

A penalty shoot-out that went all the way to the goalkeepers, but it was Villarreal that came out on top in the end… 🟡

While David De Gea’s starting spot might not have been under any immediate threat, you only need to look at the developments from last season to recognise Dean Henderson as a very legitimate rival for a berth at Old Trafford this term.

Throughout his decade at Manchester United, De Gea has seen his position come under threat from a number of challengers – some under contract with the club, some not – and has broadly found a way to weather the storm and do what he has needed to fend off the latest pretender.

Saving penalties hasn’t generally been his chosen method for this. However, perhaps he now just realises how much higher the stakes have become.