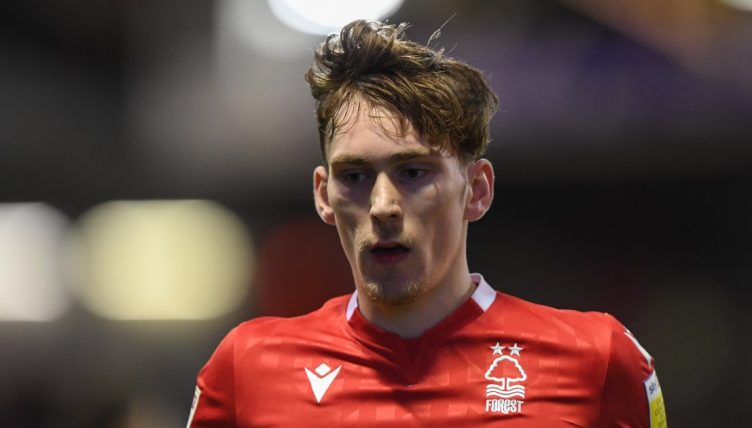 What’s the problem with Manchester United? Well… how much time have you got?

But one thing they lack is a true No.6: a CDM, a holding midfielder, whatever you want to call it.

There’s also Scott McTominay and Fred, but no matter how many times we hear otherwise neither is really a holding midfielder, with both more suited to running around the pitch like terriers.

The absence of a calming midfield presence has led to United’s current, almost distinctive lack of midfield composure. They lack stability, subtlety and steadiness.

What they lack is a James Garner.

Not all United players are out of the FA Cup; on Sunday, James Garner, playing at the heart of the midfield, helped fire Nottingham Forest into the fifth round.

Both Arsenal and Leicester have fallen to their cup campaign, and with Huddersfield at home in the next round, they will surely be beginning to wonder how far they can go.

Their 4-1 thrashing of East Midlands rivals Leicester was emphatic and Garner was at the heart of it, demonstrating the form that has made him so beloved at the City Ground.

Take Forest’s opening goal. It was Garner’s pass that started the move and whilst the stats won’t record it as an assist, it was he who made it with his crossfield ball.

It was as if he was playing in his parents’ back garden and they had just set up the Slip ‘n’ Slide.

Leicester were pressing high but that left space in behind.

When the ball ping-ponged around in the midfield, it was Garner who got there first. He already knew what he wanted to do.

His youthful enthusiasm took over and he flung himself to the floor, sliding towards the ball.

A solid intervention to regain possession for Forest. Hang on… not only that, but he’s pinged the ball 40 yards into the path of Djed Spence in behind the Leicester defence.

It was a stunning move, the type you wouldn’t be able to recreate even if you tried.

In one motion the midfielder slid onto the ball as if he was trying to mozy up to it at a bar. He told it exactly where he wanted it to go, brought it a drink, and off it flew.

Somehow he managed to get underneath the ball in just the right way, sending it floating into the path of Spence. Twenty seconds later there was a cross, a knockdown, and a Forest goal.

Garner had managed to get to the edge of the box in time to witness the end result of his handiwork.

You can bet a little part of him wanted the ball to bounce back out towards him to smash home.

I’m sorry this ball from James Garner to Spence for Forrest’s first goal is outrageous🤯 pic.twitter.com/RArofhmdQP

It was the standout moment from Garner in a complete midfield performance.

He earned himself an assist from a corner that only had United fans, who haven’t seen their team score from one this season, crave the 20-year-old more.

Yet it’s not his creativity in the final third that is so impressive, but his water-carrying work and the balance he provides to the team.

United already have players with goal and assist ratios that make even the most stat-phobic of football fans swoon, but what they lack is a Garner who is content in doing the work no one really sees.

A simple interception, a long ball that breaks the press, a short pass played half a second quicker than usual; these are the things Garner can offer.

And the occasional banger too, of course.

What a goal from James Garner 🤩 pic.twitter.com/H7blMX5bfj

His development is a testament to United’s new and active approach to loans. He was sent to Watford at the start of last season but it didn’t quite work and the club moved him to Forest where he has thrived.

The second half of the season saw him earn a new United contract before going back out to a Forest side desperate to have him back.

“I’m made up, Manchester United has been a massive part of my life for over 10 years now,” Garner said after signing his new contract.

“My ambitions are obviously to become a first-team player here [United].

“I know exactly what it takes, I’m ready to go and showcase my ability to everyone and keep on striving for all my goals.

“I want to be a big player for this club one day, that is my ultimate aim and I’ll be working every day to make that happen.”

He’s fulfilled his part of the bargain, but will United now do there’s by giving him a shot in the first team next season?

There is a danger that whoever comes into Old Trafford as the new manager in the summer somewhat forgets the academy players who have gone out on loan.

But United should make it a requirement of the job that the new manager be prepared to honour the pathway to the first team these loan players like Garner have clearly been promised.

Garner has earned the right to play regular football and would not look out of place in United’s squad, perhaps not yet as a starter but certainly as a rotational option alongside a new holding midfielder.

But that’s far too sensible of a thing for United to do.

Instead, they will probably just lose him and buy him back in five years time for £80million.