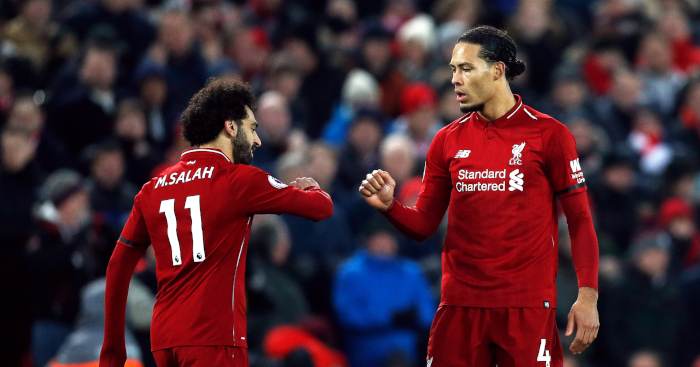 Mark Lawrenson believes Jurgen Klopp’s current Liverpool side should be ranked among the club’s greatest – even if they don’t manage to get their hands on a trophy.

Klopp has helped transform Liverpool since replacing Brendan Rodgers, guiding the Reds to the Champions League final last season and their record points tally in a single Premier League season.

They could yet reach the Champions League final again as they prepare to face Barcelona in the semi-final of this year’s competition, yet a trophy has remained elusive under Klopp – despite also reaching the finals of the League Cup and Europa League in his first campaign at Anfield.

But Lawrenson, who won a host of honours with the club in the 80s, including five league titles and a European Cup, suggests a lack of silverware should not be used to criticise Klopp’s Liverpool.

“I would support the theory that the current Liverpool team deserve to be recognised among the best in the club’s history, even if they end up finishing second in the title race to Manchester City,” says Paddy Power ambassador Lawrenson.

“To have 91 points on the board with two games left to play is truly incredible and the brand of football they play under Klopp is fantastic to watch and they should be lauded for what they have achieved.

“The trouble for this great Liverpool team is they are operating in a brief period in history when they need to overcome a team that may well be one of the best of all-time, with Manchester City’s brilliance from a technical perspective matched by their incredible will to win.

“As a Liverpool man, I’d love to see my old team get the break they need with City dropping points against Leicester at the weekend, but that isn’t going to happen.”

Indeed, while Lawrenson finds it hard to separate Virgil van Dijk and Raheem Sterling in terms of Player of the Year in the Premier League, Guardiola gets his nod even ahead of Klopp for Manager of the Year.

“It is hard to pick between Virgil van Dijk and Raheem Sterling when it comes to picking the best players of this memorable season in the Premier League. The best manager has to be the guy that ends up with the big prizes and at this moment, that looks like being Pep Guardiola,” he says. 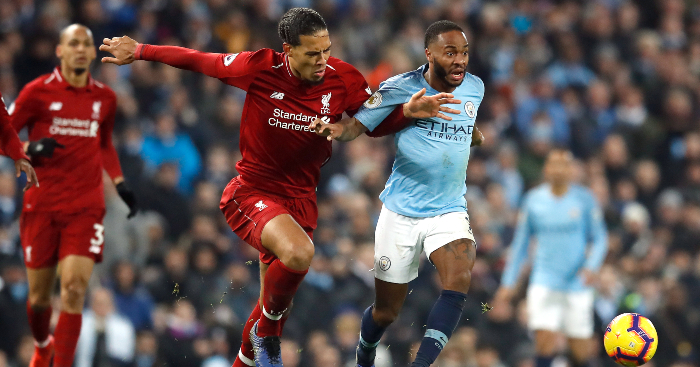 “Mauricio Pochettino would have a strong claim to have been the Premier League’s great over-achieving manager if he guides Tottenham past Ajax in the Champions League semi-finals, while Wolves boss Nuno Espirito Santo has done a fantastic job in his first season in the Premier League and Watford manager Javi Gracia has also excelled.

“Yet the top two teams in the Premier League have detached themselves from the pack this season and for that reason, Guardiola and Klopp will be first and second in any Manager of the Year poll.

“You could argue that Klopp’s achievements with Liverpool are more impressive because he has not had the ridiculous financial backing Guardiola has been working with, but I think it’s a little too simplistic to say money alone has got City to the position they are in.

“Guardiola has been given an incredible opportunity to build a dream team, but he still had to make the right decision at that club and has put his philosophy and DNA at the heart of a side that’s a joy to watch.”

Lawrenson has resigned himself to Manchester City beating Leicester and Brighton in their last two Premier League matches to win the title, meaning Liverpool’s 29-year wait for a title will continue.

“I’ve been at City’s last three Premier League matches and they have won them at a canter. Okay, so they needed a bit of luck with the goal that won them the game at Burnley on Sunday, but they could have won that match by a distance and I don’t see them dropping any points in their last two matches.

“City are the complete team and Guardiola deserves all the credit for building them into that, with Liverpool and Klopp needing to accept that 97 points probably won’t be enough to win the Premier League this season.

“Liverpool’s best chance of winning a trophy now appears to be in the Champions League, and their semi-final against Barcelona on Wednesday is a game we can all look forward to with real relish.”

Mark Lawrenson is a Paddy Power ambassador. To read more, go to news.paddypower.com.