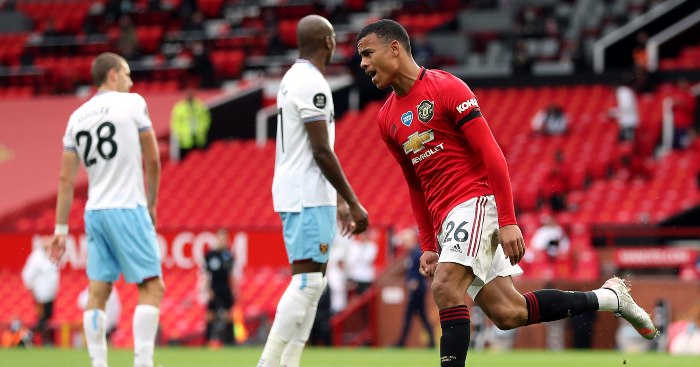 Those of you familiar with the film Lucky Number Slevin will be aware of the Kansas City Shuffle.

“This is a Kansas City Shuffle,” Bruce Willis’ character explains to his victim-in-waiting. “They look right,” Willis says, pointing the man’s gaze in the opposite direction, “and you go left.”

By the time the man looks back towards Willis, he’s no longer sat where he was. Willis is instead stood behind him, and duly completes the lesson by snapping his neck.

It’s been a long time since I’ve seen the film, so I can’t really remember Willis’ motives or why the victim had it coming. But it’s the kind of thing Bruce Willis does, innit, so it seems fair enough by all accounts.

Mason Greenwood was only five years old when Lucky Number Slevin was released, so it seems unlikely he was talking Arthur Masuaku through a Kansas City Shuffle when he lined up the full-back on the right wing during Manchester United’s draw with West Ham.

But the thought process remains exactly the same: they look right, and you go left. Masuaku was spared a broken neck, although the same can’t be said about his ankles.