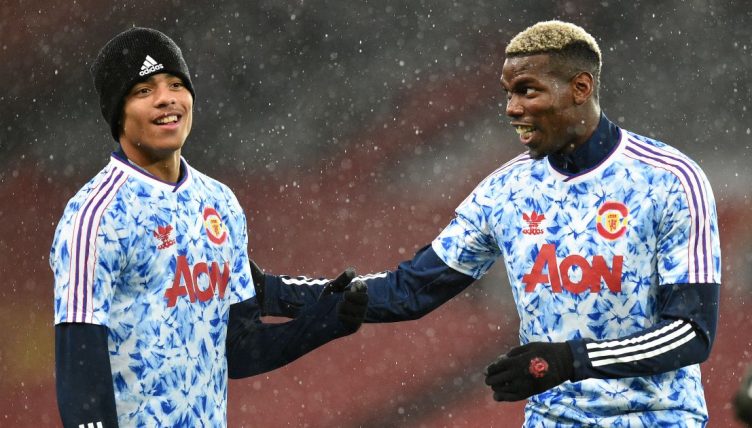 Since Paul Pogba returned to Manchester United in an £89million deal in 2016, there have been quite a few debates about his form.

But one question often takes centre stage and leaves people scratching their heads. Why is Pogba more effective for his country than for his club?

The midfielder struggled under Jose Mourinho but was one of France’s standout performers when they won the World Cup in 2018, scoring in the final as they beat Croatia 4-2.

“I think the World Cup is the perfect habitat for a player like him to give [their] best,” Mourinho told ESPN after the tournament. “Why? Because it’s closed for a month, where he can only think about football.

“Where he’s with his team on the training camp, completely isolated from the external world, where they focus just on football, where the dimensions of the game can only motivate. During a season, you can have a big match then a smaller match, then one even smaller, then you can lose your focus, you can lose your concentration, then comes a big match again.

“In the World Cup, the direction of the emotion, of the responsibility, of the big decisions is always growing up. You are in the group phase, you go to the last-16, to the quarterfinals, to the semi-finals, to the finals. This feeds the motivation. This feeds the concentration of a player.”

Despite France’s shock defeat to Switzerland in the last 16 of Euro 2020, he produced another timely reminder of his abilities and was one of the best players at the tournament.

While Mourinho did have some valid points in 2018, you just have to look at some of Pogba’s team-mates at club and international level to answer the aforementioned question. It’s like going from driving a Porsche to a Fiat Punto.

Mbappe is always on the move, making penetrative runs in behind defences and providing great passing options for his team-mates. The same can’t be said for United’s No.9.

During the 2018 World Cup final, Pogba picked out one of Mbappe’s trademark runs with a brilliant pass and then got into the box to score.

Look at that from Pogba. Shown great positional discipline all game, all tournament for that matter. Great execution & weight of the pass to Mbappe, then followed the play & showed great composure with his weaker foot.#WorldCupFinal pic.twitter.com/3DdVCjMjjl

Pogba has been heavily linked with a move to Paris Saint-Germain this summer, where he would be able to link up with Mbappe on a weekly basis.

While that move now seems unlikely, the 28-year-old can instead focus on his blossoming on-field relationship with Mason Greenwood.

“I enjoy this kid [Greenwood] in training and in the game,” Pogba told Sky Sports in July 2020. “I will keep pushing him to be at the top. He has so much to do again. He can do even more. What he’s doing right now is just his talent. He shows he can play in this team.”

During the 2020-21 season, Pogba registered just three Premier League assists but all three of them set up a Greenwood goal.

The duo were part of United’s front three in their opening game of 2021-22 against Leeds and picked up where they left off towards the end of last season.

After Pogba set up Bruno Fernandes’ opener in the first half, Luke Ayling fired home a stunning equaliser but the parity didn’t last long.

United’s No.6 picked up the ball inside his own area and spotted Greenwood before cutting through the Leeds midfield with an eye-of-the-needle pass.

The 19-year-old put on the afterburners and produced a Mbappe-style run in behind Pascal Struijk, leaving the defender in his wake. Greenwood then showed the composure and ruthless finishing that belie his tender age, firing into the far corner to restore United’s lead.

For a brief second, Pogba must have thought that he was back playing inside the Stade de France rather than Old Trafford.

Pogba continued to impress and got another two assists against Leeds, beating his tally from last season and becoming just the seventh player to register four assists in a single Premier League match.

“I’ve had a great relationship with Paul all the time, today was just about ‘go out there and enjoy yourself’, we gave him the freedom to roam,” Ole Gunnar Solskjaer told BT Sport after the game.

“All the best players want to feel our trust in them and confidence. He can create moments out of nothing and I was impressed with his fitness.”

The midfielder has certainly improved with fewer defensive responsibilities but it’s not the only reason for his transformation. After struggling alongside the likes of Matic and Martial, he’s now able to thrive with different team-mates.

In Greenwood, Pogba has found his new Mbappe and their performance against Leeds has sent a warning to defenders up and down the country.