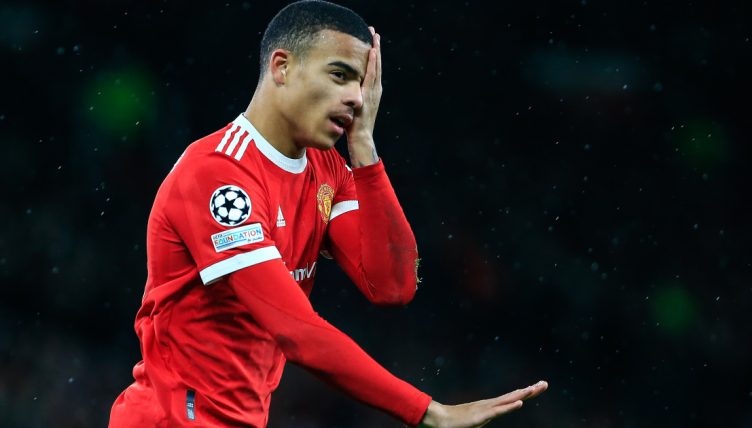 During the draw with Young Boys, Mason Greenwood added another extraordinary finish to his Manchester United goal tally in a burgeoning career that threatens to be just as incredible as was promised.

In a Champions League game in which the result didn’t matter for United, it was still the striker’s goal that captured the headlines and deservedly so.

With the cross from Luke Shaw coming in behind him, Greenwood evaded his markers and fell towards the ground to meet the ball, almost as if he was lounging on the sofa watching TV on his side.

He wrapped his left foot around the ball and curled it into the bottom corner, leaving the Young Boys goalkeeper completely wrong-footed and rooted to the ground. Different gravy.

The finish sparked yet more Robin van Persie comparisons, something that Greenwood has been subjected to ever since he emerged in the first team.

It’s to do in part with the way in which he moves, quick body feints combined with long limbs capable of unexpected snapshots from either foot.

With last night’s semi-bicycle kick, the way in which he manoeuvred his body to meet the ball felt undeniably Van Persie-like in stature.

Last night was also about the Manchester United academy.

Shola Shoretire made an appearance and Anthony Elanga played the full 90 as he continues to gain experience in senior football.

There was the moment when Charlie Savage came on for his debut, commentated on by his own father who was also a product of the academy but who never made an appearance.

Alongside him was Zidane Iqbal, who became the first British Asian to play for the club and has long been regarded as one of the club’s brightest prospects.

Teden Mengi deservedly earned more minutes, if out of position at left-back, and will all but certainly be sent on loan in January.

Tom Heaton, at the youthful age of 35, finally made his first appearance for the club and became the oldest academy player ever to make his debut.

There is plenty to be positive about the academy, but Greenwood stands alongside Marcus Rashford as its modern peaks.

If things work out well, he could be at United for longer than the next decade and become the club’s all-time leading goalscorer, but regardless of the future, he is more than deserving of his place in the first team on current merit alone.

It is odd to think that at just 20-years-old Greenwood was comfortably one of the most senior players in a red shirt on the pitch.

He became the third-youngest player in the club’s storied history to make 100 appearances earlier this year, beaten only by Norman Whiteside and George Best, and his goal against Young boys means he has now scored more goals in Europe than any other United player before turning 21 (8).

Rangnick on Mason Greenwood: "Mason is more a 9-and-a-half, very technical. Sometimes he doesn’t look on an athletic level. We need to develop him mentally and physically. If we do that he can be a great player for our club."

Last night he put in a performance worthy of his high ranking in the squad and that demonstrated he is not just a simple wonderkid but an outright mature, senior footballer.

He was comfortably the best on the pitch. It might have been a match that meant nothing to United but Young Boys would have had a shot at Europa League football if they had won, although they played as if they didn’t realise it.

Nonetheless, the game still featured 11 senior players from the Swiss Champions, Juan Mata, Nemanja Matic, a Donny van de Beek who needed to play well in the 6, a Jesse Lingard whose future hangs in the balance, Shaw trying to return to fitness and Aaron Wan-Bissaka whose role in the side is threatened for the first time.

That is a long list of players who should all be perfectly capable of outshining a young prospect and yet didn’t either for lack of ability or lack of care.

But to suggest poor performances from others explains why Greenwood was the best on the pitch would be to misunderstand.

For here is a young man no longer needing to stake his claim or to announce himself; he ‘arrived’ a long time ago.

It felt like a trial match at times, but Greenwood need not worry about whether he impressed. More than just his goal, he kept running while others strolled and seemed determined to state his case to Ralf Rangnick.

If his team-mates had their heads up rather than looking to score themselves he probably could have had another couple of goals on the night, at least twice picking up unmarked positions on the counter and being ignored.

As the new manager begins to conduct his red heavy metal orchestra, Greenwood will be in the front row of the attacking chorus and deservedly so.

For on a night all about the youth prospects, it was Greenwood who showed why he has elevated himself beyond the status of mere wonderkid and who left us clamouring for an encore.