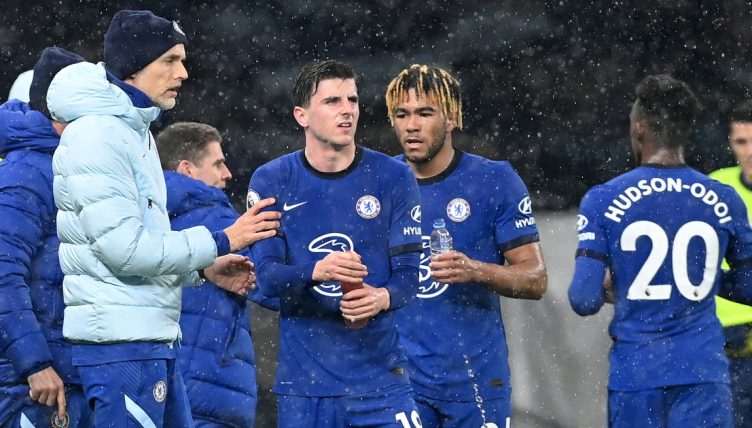 There were many issues with Frank Lampard’s management at Chelsea, but the trust he put in Mason Mount was not one of them, as new boss Thomas Tuchel will attest.

It’s just over a week since the German coach succeeded Lampard in the dugout, and already there are marked differences in how the Blues are playing, but Mount continues to look central to it all as he demonstrated with a man of the match performance in the 1-0 win over old rivals Tottenham.

The Cobham academy graduate was left out of Tuchel’s first XI, leading to some conclusions that have already aged like milk. It’s not even been a fortnight yet.

Brought off the bench for a seven-minute cameo in the 0-0 draw against Wolves, the 22-year-old immediately looked dangerous and incisive. They might have found the breakthrough had he been introduced a bit earlier.

Starting for the first time under Tuchel against Burnley, he was at the heart of everything Chelsea were doing going forward as they pinned Sean Dyche’s Clarets back and registered a routine 2-0 win.

Cut and paste against Jose Mourinho’s Spurs, who in the absence of Harry Kane looked interchangeable with a bottom-half side happy to dig deep and try nick a point.

Mason Mount was everywhere against Spurs 🏃

Just ask champions Liverpool, faltering of late: breaking through men behind the ball is easier said than done.

In Tuchel’s three matches so far, Chelsea have completed 2,019 passes compared to 735 for the opposition. We’re yet to see how this project fares against a team that wants the ball and pushes up the pitch, but against low-block opposition – which is half the battle for a ‘big six’ club in the Premier League – they boast a gem in Mount.

Chelsea’s No.19 has played 55 key passes in the Premier League this season – only Bruno Fernandes and Jack Grealish have registered more.

But while he can play lockpick, Mount is just as effective when given space to work with.

There was a moment just before the hour mark when Spurs were uncharacteristically open in midfield, where he seemed to revel into driving through the chasm, carrying the ball unchallenged from the centre circle to the edge of the D before playing in Timo Werner.

The Blues looked certain to have doubled their lead were it not for a vital last-ditch challenge from Serge Aurier.

Like a feverish nightmare of Mourinho’s greatest fear – a Chelsea academy graduate looking like a £70million signing, given space in his team’s half of the pitch – the Spurs boss might have had flashbacks to Lionel Messi’s solo golazo against his Real Madrid in 2011, albeit without the challenges.

Needless to say, Mount wasn’t given that kind of room to work with at any other point in the match.

So it’s just as well that he’s a canny operator in tight spaces and when pressed by the opposition. Tanguy Ndombele will certainly attest that.

Spreading the ball out to the flanks before he moved up the pitch to re-receive the ball, Mount had the French midfielder snapping at his heels as he turned infield.

That wasn’t an issue, as he possesses the technical ability and deftness of touch to keep it close to his body, dinking it through Ndombele’s legs as he tried to rob the ball.

Shaking his head as if he’d been done in a pre-match rondo, this was close as you get to Kevin McCallister vs Harry & Marv as you’ll see on a football pitch. The perfect set-up and the perfect pay-off.

Having played somewhere between a classic No.10 and a false nine, Mount cropped up all over the pitch and gave Mourinho’s men no shortage of headaches.

Teacher’s pet under Lampard? Playing like this, any coach in the world would love Mount in their team.