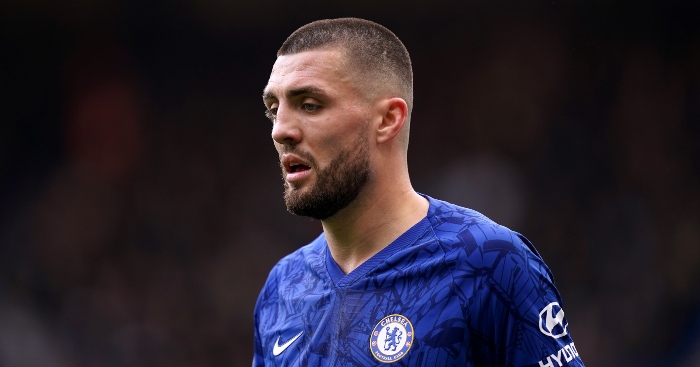 There were plenty of talking points from Chelsea‘s Premier League win against Tottenham, but Mateo Kovacic almost put every other discussion to bed with one swing of his boot.

Much of the debate after the game centred, as expected, on Jose Mourinho and his team’s flat performance against his former employers, exacerbated by the Spurs manager’s own comments.

There was also the to-be-anticipated VAR conversation after Giovani Lo Celso escaped a red card for, well, you’ve seen the clips. But Kovacic did everything within his power to make it about him, and for that he deserves some credit.

To call him prolific would be to call Donald Trump an occasional tweeter. By which we mean it would be a lie.

This is not someone you’d rely upon for goals, or even for shots: he has averaged less than one shot per game in both of his Chelsea seasons, and done so consistently in the Premier League and Champions League.

With that in mind, he’s not someone you’d expect to see the ball coming towards him at pace after rebounding off Hugo Lloris’ crossbar and decide the most sensible course of action is to do, well, this.

There are several options awaiting Kovacic as the ball travels towards him.

There’s absolutely no benefit to going for goal in the manner he does: Lloris isn’t even out of position in any meaningful way, so there isn’t even a chance to catch the keeper off-guard.

Kovacic is only doing what he does because it will look sick as fuck if it comes off, and if you don’t think this should be the motivation for any and every shot on goal then you’re doing football wrong.

A football career is short, and you only have so many years at your prime.

You can go through those peak years demonstrating your value to your team and becoming an unsung hero, making personal progress in the process, but where’s the fun in that?

If the alternative is 90% that coupled with 10% trying unnecessarily extravagant cracks at goal, knowing that they’ll come off in 1% of those occasions, what’s the harm in giving it a go?

It only has to come off once for people to remember it for a lifetime: people have short memories in football, especially when it comes to doing the basics right, but even the smallest highlight reel can buy you more time.

Also, more to the point, letting rip with a bicycle kick both looks and feels great. That part really doesn’t get discussed enough.

Can you name every team John Terry scored against in the Prem?

Mario Stanić, Chelsea cult hero and scorer of one of THE great debut goals