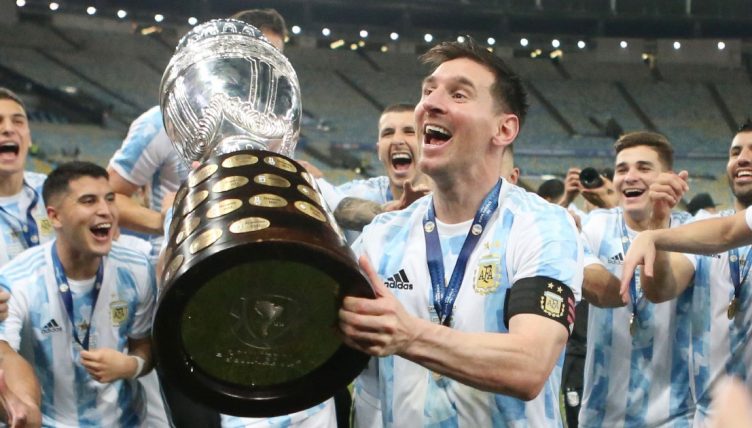 “I needed to remove from myself the thorn of achieving something with the national team,” is how Lionel Messi described his emotions after leading Argentina to their first major trophy since 1993.

The last time Argentina won the Copa America, a young Diego Simeone commandeered the midfield and Gabriel Batistuta scored both goals in a 2-1 victory in the final against Mexico, while Diego Maradona was out of the squad, yet to re-find form after his 15-month ban for testing positive for cocaine.

Messi had just turned six years old and was still kicking a ball about on the streets of his native Rosario. Simeone hung up his boots in 2006 and has since become one of the best coaches of his generation, while Batigol has suffered with chronic leg pain in his retirement after years of giving it his all on the pitch.

With the passing of time, it increasingly felt like it might never happen again, a cruel joke destined to repeat itself in new and surprising ways at every major tournament. Boasting arguably the greatest player in the history of the sport wasn’t enough.

Aged 18, Messi was left as an unused substitute by Jose Pekerman as Argentina lost on penalties to hosts Germany in quarter-final of the 2006 World Cup, in spite of an electric extra-time cameo in the previous round against Mexico.


The following summer, he was in the starting XI as Argentina lost 3-0 to Brazil in the Copa America final in Venezuela. There was Olympic gold before his career went stratospheric following the appointment of Pep Guardiola at Barcelona in 2008, but repeated disappointments at international level would continue to stand in stark contrast with the glittering success he’s enjoyed with his club.

Much of the infantile discourse regarding Messi’s legacy, and comparisons to Maradona or Cristiano Ronaldo, ignore the context of the collective.

Would Maradona be any less of a player if Jorge Burrachaga sent his 85th-minute effort wide in the 1986 World Cup final? Would his pass have been any less good? No, but without that goal – and perhaps, with it, the trophy – Maradona’s status and legacy would have been irreversibly altered.

The same can be said for Swansea flop Eder’s out-of-nowhere, once-in-a-lifetime match-winner in Portugal’s Euro 2016 final victory over France. A goal that makes all the difference for Ronaldo’s status.

Messi’s international career has been full of “what ifs?”, out of his control, that fell the other way. From Manuel Neuer not receiving a red card in the 2014 World Cup final for his best Toni Schumacher impression to Gonzalo Higuain spurning a golden chance – arguably the equal of Burrachaga’s in 1986 – having been played clean through on goal following a calamitous head back by Toni Kroos.

There were similar knife-edge moments in the 2015 and 2016 goalless final defeats to Chile in the Copa, not least the fact that both were decided on penalties.

Argentina’s captain, all-time appearance-maker and top scorer went into the 2021 Copa America final in inspired form. Messi had been involved in all 11 of Argentina’s goals up until that point – four goals, four assists, three pre-assists.

He was named man of the match in four of the five games up until that moment, and was crowned Player Of The Tournament before the final – but he looked embarrassed to receive the same accolade in the 2014 World Cup, sobbing in the dressing room as it proved scant consolation for missing out on the greatest honour with his country. 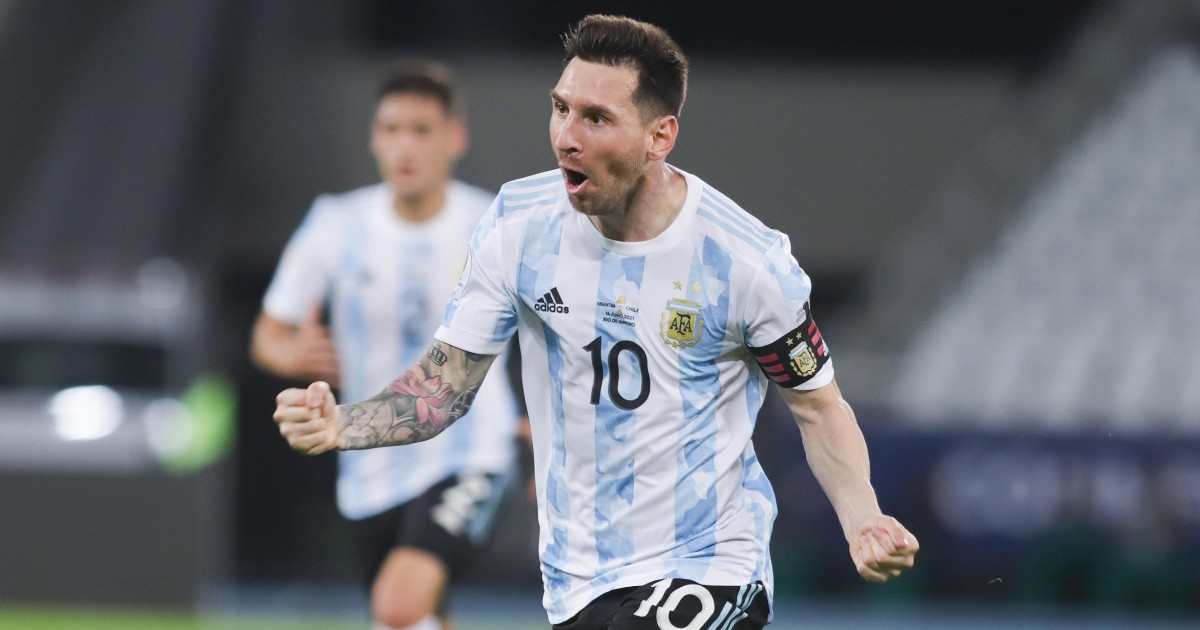 Coach Lionel Scaloni has done well to build foundations on which he can thrive, while it helps to have a goalkeeper at the top of their game able to step up when needed, but this is a side that can’t escape from their talisman’s shadow.

So there was a beautiful irony in Argentina’s 1-0 victory over Brazil at the Maracana, where Messi suffered his most painful defeat seven years ago, with little to do with the 5’5″ maestro everyone had their eyes on.

It was a brilliant ball from deep from Atletico Madrid-bound Rodrigo De Paul, who bossed the midfield and was Argentina’s outstanding player on the night, and a cool finish from Angel Di Maria, who has been there alongside Messi for so many of their near-misses, that ultimately decided the game.

In the closing stages, De Paul even laid the ball on a plate for Messi to wrap up the win, but the Barcelona icon uncharacteristically fluffed his lines, miscontrolled the ball, and allowed Ederson to sweep up.

It could – should – have been an iconic moment that sealed his status among the likes of El Diego and Batistuta, and ensured a tense final few minutes as Neymar and his team-mates pushed for an equaliser. As they had all game, La Albiceleste’s backline held their nerve resolutely.

Given the tournament Messi’s had, and the years of service, twice stepping away before returning in the search of a night like this, he could be forgiven. His team-mates, who went straight to their captain at the final whistle, certainly didn’t care.

One name dominated the headlines and the narrative. Understandably and deservedly so. But in an age of increasing obsession with the Ballon d’Or, GOATs, it was wonderful to receive a reminder that it’s the collective endeavour that makes football special.