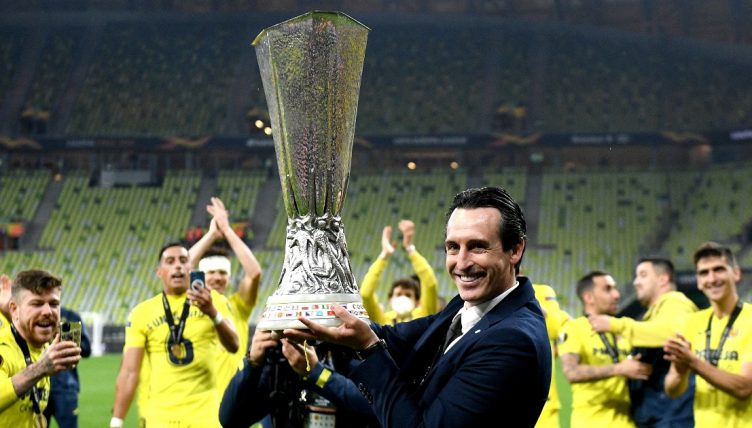 If you only paid attention to what the trio of BT Sport’s trio of ex-Manchester United pundits were saying in the build-up to the Europa League final, you might have guessed their opponents were from the Latvian second tier.

“You’re playing Villarreal here,” Paul Scholes said before kick-off. “You’re playing a team that finished 7th in a really poor La Liga. Think of Real Madrid and Barcelona, how bad have they been? Manchester United should win this game comfortably.”

Former team-mates Rio Ferdinand and Owen Hargreaves shared that confidence, while Class of ’92 alumnus Robbie Savage echoed their sentiments from the commentary box.

The highlight of their hubris came during the penalty shootout as Savage foretold David de Gea – who failed to get in the way of 11 penalties, making it 35 in a row now – saving Francis Coquelin’s. The former Arsenal man promptly preceded to smash the best spot-kick of the lot into the roof of the net.

Sure, Villarreal hail from a tiny provincial city whose entire population could fit inside Old Trafford, but the club has been well-backed by a local Supermarket magnate billionaire and isn’t lacking in European pedigree – at least at that secondary level.

No club, not even six-time winners Sevilla, has played more matches in the competition since it was rebranded as the Europa League. In 2006, they were a missed injury-time Juan Roman Riquelme penalty away from pushing Arsenal to extra-time in the Champions League semi-final. These are no minnows.

But just as United had gotten over their semi-final hump, having lost all three contested under Ole Gunnar Solskjaer, Villarreal too had got a monkey off their back by booking their place in the final.

Arsenal in 2006 left a wound that never quite healed, and so too have semi-finals defeats in this competition: Valencia in 2004, Porto in 2011, Liverpool in 2016. Last time, they held a 1-0 first-leg lead against Jurgen Klopp’s side before losing 3-0 at Anfield.

One of European football’s nearly clubs, who had never even reached a major final let alone won a trophy, have arguably assembled the most complete squad in their history and last summer appointed the closest thing to surefire winner as they could for the dugout – Unai Emery.

During his last three seasons working in Spain, Emery had led Sevilla to an unprecedented three Europa Leagues in a row, after leading Valencia to three consecutive third-place finishes in La Liga between 2009 and 2012 – while Real Madrid and Barcelona were at their most dominant.

It’s a CV that can’t be argued with, but the Basque coach’s reputation took a hit after leaving Spain for the European elite.

He boasts the best win percentage of any PSG coach in history, and led the club to a domestic treble in 2017-18, but Barcelona’s remontada and losing out on a title to Monaco left a mark that was difficult to scrub. Sniggering schoolchildren behind the scenes didn’t help.

“When I was at PSG, I tried to communicate in French but people were sarcastically mocking my efforts,” Emery later revealed. “Here at Arsenal, I speak broken English but all I hear is complimentary words for putting the efforts in and trying to speak.”

That evidently didn’t last long, as history soon repeated itself at Arsenal, as reports emerged of his players taking the piss out of the way he spoke emerged in the local north London press.

‘Good ebening’ would tediously trend on Twitter when the manager gave post-match interviews, as if politely and enthusiastically making attempts to learn a new language is something to be ridiculed.

This from the same myopic media that has criticised Marcelo Bielsa and Mauricio Pochettino for using translators to make themselves clear. It’s almost as if there’s no pleasing some people.

His 18 months at Arsenal were far from flawless, but he presided over a 22-match unbeaten streak that remains the club’s best run of form of the post-Wenger era. In his one full season in charge, he stayed true to form and led the club to a Europa League final, and a fifth-place finish, just one point outside the top four.

Things ended badly, but he deserved better than being painted as a joke figure. Admittedly, his antsy touchline demeanour – memorably once described as if he were watching his wife parallel park – probably didn’t help.

Given the disrespect he faced during his time in England, there’s plenty of satisfaction to be found in Emery becoming the first Villarreal manager in history to win silverware, all the while getting one over his former club in the semis before United in the final.

There was little entertainment value to be found in the 120-minute stalemate, which featured a grand total of three shots on target and less than 1.0 xG for each side, but that’s a testament to the Villarreal coach’s tactical nous.

La Liga sides Real Sociedad and Granada had each been swept aside, 4-0 on aggregate, by Solskjaer’s side, but on this occasion all the resources and superior talent of the Premier League giants were left completely nullified by Villarreal’s collective, expertly-drilled shape.

Etienne Capoue, who started the 2020-21 season in the Championship at Watford, helped do a job to leave Bruno Fernandes and Paul Pogba’s influence on the game almost non-existent.

Emery had often been criticised for his conservative substitutions at Arsenal, but he managed the game better than his opposite number. In taking off veteran striker Carlos Bacca for Coquelin at the hour mark, he successfully found a foothold for Villarreal’s midfield after Edinson Cavani’s equaliser.

As his side were visibly flagging in the 88th minute, he injected some fresh energy by swapping the full-backs. By the time Solskjaer brought Fred on for Mason Greenwood in the 100th minute, Emery had changed half his side – which bore fruit as Villarreal looked fresher and likelier to grab an extra-time winner.

Emery has now won a record four Europa League titles, and it’s clear it hasn’t been a fluke, and done exactly what he was brought to Villarreal to do. That’s because he’s a damn good manager, and deserves to be respected as such.