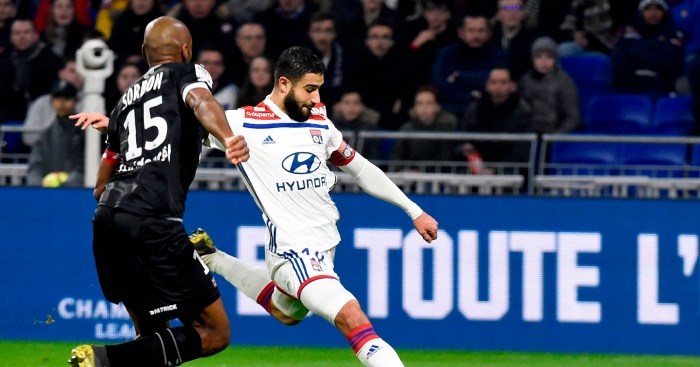 When we talk about Nabil Fekir’s contribution to France’s World Cup triumph, the word which comes to mind most readily is ‘present’.

The Lyon man played fewer than 90 minutes across the whole tournament, failing to find the net in his six substitute appearances, but he was on the pitch at full-time in the final after replacing Olivier Giroud for the closing stages.

This level of involvement, however, may have made it easier for the forward to pick up where he left off at club level, adding 11 goals to the 23 he scored in the 2017-18 campaign, and crucial ones at that.

There are often moments involving great players when you don’t just wonder how they do what they do but also how they do so with such ease.

It might be a cliché to compare creative players to great composers, but there’s something to be said for the way in which the marriage of talent and apparent effortlessness can remind those watching of a piece of music taking a layman months to memorise but appearing to be second nature for those at the pinnacle of the field.

The latest example of this arrived in the form of Fekir’s strike against Guingamp, the winner in a 2-1 victory: the most talented players watching a goal like this might take inspiration from it and believe it’s something to which they can aspire, but for every one impressionable youngster who sees it that way there will be hundreds who take one look and despair, knowing they will never be capable of anything close to that level of execution.

It’s not just the ability to produce such greatness but also the subsequent reaction. It must be a challenge to produce such brilliance and not turn away with a beaming smile or “holy fucking shit!” eyes.

Fekir’s response, though, is part of what allowed him to convert in the first place: that level of pure control as if just going through his daily routine.

Guingamp goalkeeper Marc-Aurèle Caillard had already had a frustrating evening, having pulled off a fine low save only to see Martin Terrier lash an awkward rebound into the top corner at a hundred miles per hour.

When presented with a man as capable of brilliance as Fekir, there must be a temptation to pull up a seat, reach into a family-size bag of popcorn and just watch him at work.

The hesitation from the covering defenders is enough to make the chest control become the obvious move, but it still requires the mental balance to keep one eye on the closing pack and another on the high diagonal ball, before turning his focus to Caillard’s net.

Even then, too, the cushioned control from Fekir’s left foot is only easy, only second nature, when you permanently operate on a state of looking for the top corner as soon as the ball’s merely in your field of vision.

The curl and pace on his strike just feels like another part of a predetermined hop, step and jump, finding the corner with his left foot and simultaneously catapulting Caillard through the air like a performing seal.

A reminder, if it were ever needed, that Fekir will let you into his house but won’t let you feel at home. 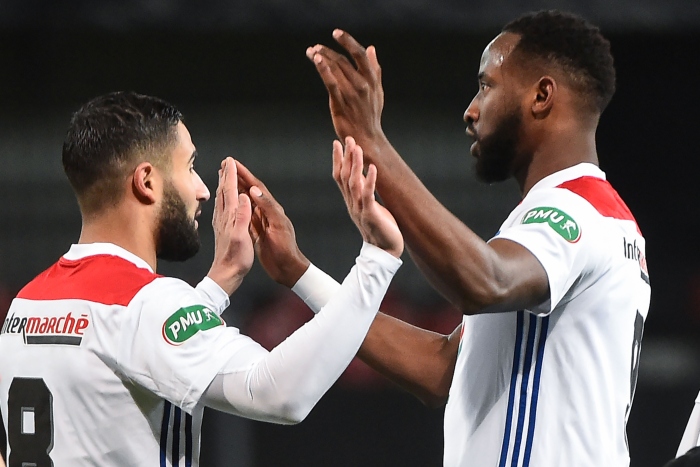 It’s easy to argue in retrospect that the Guingamp defenders should have been closer to Lyon’s No.18, but you only have to go back to December and a crucial Champions League goal to appreciate how that may well have not been enough anyway.

It was Fekir’s equaliser in Ukraine which helped Lyon edge out Shakhtar to make it into the last 16 of Europe’s top competition, and the goal gave us another glimpse of what the Frenchman is about, as he showed great strength to hold off a throng of Shakhtar defenders before curling into the corner of Andriy Pyatov’s net.

It was like watching an ice-dancer pull off a perfect pirouette with a full suitcase strapped to his back. The single-mindedness and faith in his own abilities was enough to ensure what might have been a distraction for others was a mere afterthought for him.

The attacking quality at Lyon can feel frightening at times, with Memphis Depay, Bertrand Traoré, Moussa Dembélé and Maxwel Cornet all chipping in with important goals this season.

Each of the club’s forwards carry notable threats, but for all the quality elsewhere it’s easy to see why Fekir has attracted attention from some of Europe’s biggest clubs, with Liverpool among those heavily linked with the 25-year-old over the last 12 months.

And every time he scores another goal like his winner against Guingamp, we feel that little bit more upset he’s not doing it in the Premier League.

There’s just something so satisfying about watching a player treat some of football’s most demanding situations with such ease, and though it might be happening across the channel and not here, long may it continue.