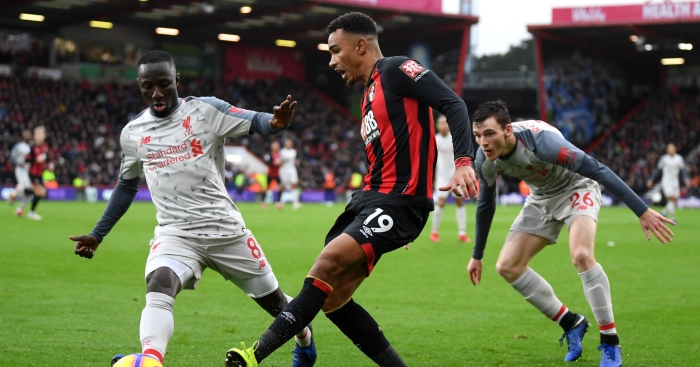 It has taken a little while for Naby Keita to cement himself in Liverpool’s first team after arriving from RB Leipzig – but there was a moment against Bournemouth which proved beyond doubt he’s found his feet.

When the Guinea midfielder completed his protracted move over the summer, many expected him to go straight into the first team and start almost every game from the get-go, but injury issues have seen him eased in.

Now, with Liverpool top of the league and a relatively fresh midfielder bolstering their ranks going into the busy Christmas period, they’ll surely be grateful to have looked after him, and a classy double nutmeg in the win over Bournemouth will give Jürgen Klopp hope that the 23-year-old can embarrass more opponents in the coming weeks.

It won’t take long for opponents to figure out what Keita is all about, but for now he is in that sweet spot where he can make mincemeat of them simply because they don’t have the level of anticipation that comes with familiarity.

The victory over Bournemouth might have mostly been about Mohamed Salah’s hat-trick and one of the better team performances of the campaign, but there’s no need for us to overlook the double-nutmeg which put the gloss on it all.

Beating a team by four goals to nil on their own patch might be one way to embarrass them, but everyone has their own methods and in Keita’s case that’s a double nutmeg.

Hold up, I finished that sentence too early. A double nutmeg in the opening five minutes of the game.

Keita is like a fairground trickster, inviting Bournemouth’s players to step right up in the hopes of completing a task which looks simple on the surface but was never even possible to begin with.

Simon Francis is the first to take the bait, watching Keita’s mark identify which of the face-down cards is the ace of hearts, and thinks to himself “how hard can it be”. Seconds later, he has gone double-or-quits so many times that he’s ended up losing his car.

By the time Francis sticks a boot out to claim the ball, he becomes wracked with doubt about whether it was even there to begin with, or whether he was even on a football pitch to begin with. 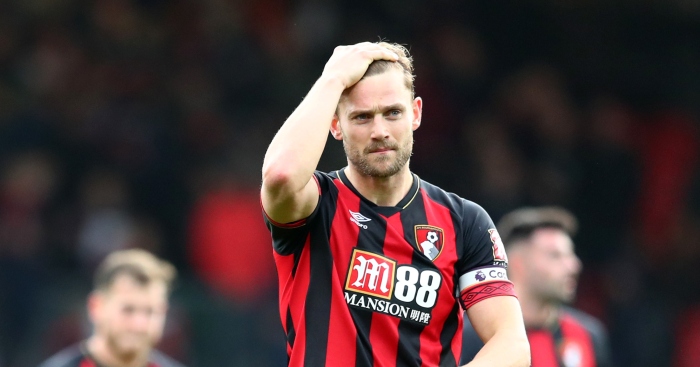 We’ve seen how good Keita is with the ball at his feet during his time at RB Leipzig, with his final Bundesliga goal for the club serving as a prime example.

During last season’s defeat against Hoffenheim, a result which contributed to Leipzig missing out on Champions League football, Keita danced past visiting defenders before squeezing the ball in at Oliver Baumann’s near post.

It simply showed confined spaces don’t confine Keita in the way they confine other players, and we would see a further example of Keita’s spatial awareness and calmness at the Vitality Stadium.

The embarrassment suffered by Francis might, on another day, be enough for his team-mate Jefferson Lerma to show a bit more care in his approach.

Pride does strange things to a man, though, and the Colombian was in no mood to move onto the back foot that easily. After all, the opening minutes are where you need to leave your mark on a game – no one knows that better than Lerma, a man averaging one yellow card every other game since his Premier League debut.

There is, however, such a thing as being too up for it. Even that isn’t always the worst thing, and often you won’t have too much to deal with beyond a talking-to from the referee after a misplaced challenge. It’s a different story if an opponent sees you coming, though.

Lerma’s challenge is not the approach of a man who intends to come away without the ball, perhaps with a bit of shin-pad thrown into the mix. A yellow card won’t worry him, and Keita knows as much, but humiliation ought to do the trick.

As Lerma turns his head, sprawled on the ground you can see him turn his head and body around in a single movement. His thoughts and actions have become one, but both are being controlled by Naby Keita.

No one knows how or even when this happened, but the Liverpool man is treating his vanquished foe like a remote control car, sticking him in park as he continues to go about his business. 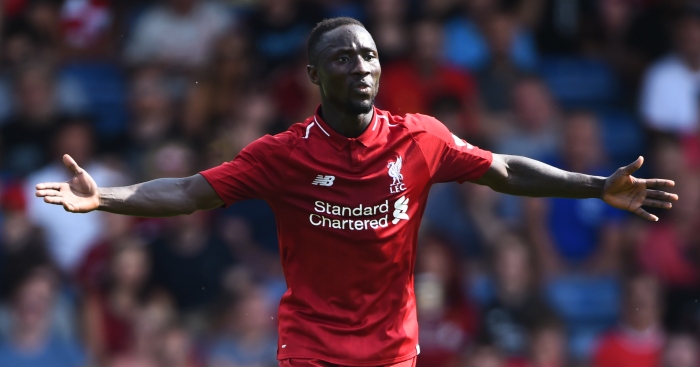 In performing the double nutmeg, Keita has gone up to the biggest kid in the playground and not just socked him square on the nose but done so with the second biggest kid, too.

The worst thing a footballer can face is 90 minutes of self-doubt, and nothing achieves that better than picking up their mental notes and ripping them up in front of them.

Imagine how good Naby Keita is going to be for Liverpool when he really finds his groove.