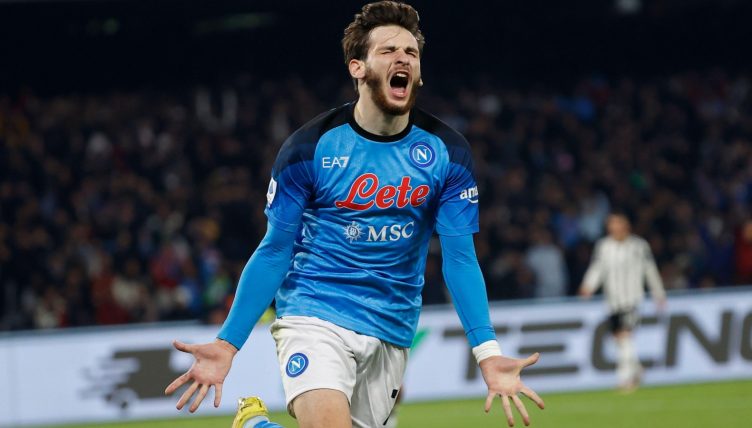 “Allegri fits the Juve motto ‘winning is all that matters’. Here in Naples, we’re all about heart and soul. Maradona played here, won here and in winning here he showcased how beautiful football can be. We can’t play our football without a nod to that aesthetic legacy.”

That’s how Napoli manager Luciano Spalletti described the difference between his team and Massimiliano Allegri’s Juventus ahead of Friday night’s potentially season-defining clash at the Diego Armando Maradona Stadium.

You can argue the toss about the aesthetic qualities of Juventus under Allegri, but Spalletti was certainly right about the winning part. Indeed, during Allegri’s first stint in charge of the Old Lady, Juventus won more major honours than Napoli have in their entire history – five Serie A titles in five years, plus four Coppa Italia for good measure.

Allegri has struggled to get Juventus back on course after they fell off the rails during his two years away. A fourth-place finish in his first season back was the least expected, while his job looked under serious threat after bombing out of the Champions League group stage and a dismal start to the 2022-23 campaign.

But amid all the noise and all the backroom scandal, Allegri quietly got Juventus back to what they do best – winning. Either side of the World Cup break, during which the entire board resigned, Allegri’s men won eight successive Serie A matches without conceding a goal.

Their performances won few plaudits. Some of the wins were scabby and unconvincing. It didn’t matter. They’d taken 24 points. And that meant they travelled to Naples with an opportunity to close the gap on pace-setters Napoli to just four points.

As Napoli wobbled, losing their first game back from the break to Inter, you couldn’t help but think back to the thrilling 2017-18 Serie A title race. That season, Maurizio Sarri’s Napoli won hearts and minds, playing scintillating football as they pushed imperial-era Juventus closer than anyone else had managed in the 2010s.

Allegri’s champions didn’t capture the imagination in quite the same way – but do they care? They got the job done, won the most memorable Scudetto of their nine-in-a-row, and a wonderful Napoli team ended the season empty-handed.

“Sarri worked here a few years ago and, despite not winning anything, all I ever hear about since I’ve been here is ‘Sarriball’. That means something. That’s what I’m all about too. Benitez won a couple of trophies here but he didn’t make the same impact as Sarri.”

It appears that Allegri hadn’t taken kindly to Spalletti’s backhanded compliment as he walked away from his opposite number following Friday’s instant classic. Spalletti was determined to get his handshake, chasing after the Juventus manager, treating us to one of the best moments of physical comedy we’ll see all season.

LUCIANO SPALLETTI WILL NOT BE LEFT HANGING 🇮🇹🤝😂 Napoli boss refuses to let Max Allegri leave the pitch without a handshake after his side thumps Juventus, 5-1, in a top-of-the-table Serie A clash. Amazing persistence by the Italian manager.pic.twitter.com/py7sN5UD53

Spalletti’s Napoli had demolished Juventus. A 5-1 victory that will live long in the memory. The dust has barely settled but it’s no exaggeration to suggest that this could be remembered as one of the greatest wins in the club’s history. Should they complete the job, it’s a win that will go down as a major milestone in a historic season.

Juventus arrived in Naples having not conceded a goal in over 750 league minutes. They’d conceded just four goals away from home all season. The last time they’d conceded five in a Serie A match was almost 30 years ago, a 5-1 defeat to Pescara – for whom, curiously enough, a young Allegri scored the opener.

The last, and only other, time Napoli scored five against Juventus was in November 1988. Maradona, of course, started that day.

As with Argentina, there is no escaping El Diego’s shadow in Naples. Spalletti knows that and embraces it. That could be – and has been – a millstone, but here it serves as an inspiration.

“It’s also from Diego who encouraged us from heaven,” said Lionel Messi after lifting the World Cup in Qatar last month.

Messi is an era-defining player, but he’d spent his international career struggling to escape the shadow of Argentina’s favourite son. Only when he became a vocal leader and accepted being the talisman, wearing that famous number 10 shirt, did he finally emulate Maradona.

Unlike Argentina, Napoli retired the number 10 in honour of Maradona back in 2000.

But as with Messi at Qatar 2222, Khvicha Kvaratskhelia – dubbed affectionately as ‘Kvaradona’ – produced a performance worthy of Maradona’s shirt. The fearless Georgian winger was unknown outside of scouting circles a year ago, but he’s rapidly established himself as one of Europe’s most exciting youngsters.

Kvaratskhelia is only 21 but does not appear cowed by the comparisons to Napoli’s greatest-ever player. He’s notched nine goals and 10 assists in this breakout year at Napoli and was instrumental in the mullering over Juventus, getting on the scoresheet himself before setting up Amir Rrahmani and Victor Osimhen.

Napoli double their lead before half time through Khvicha Kvaratskhelia 🤫 pic.twitter.com/q4meGF4iXB

There is still over half of the Serie A title race yet to be run. But Napoli’s 10-point lead at the top of Serie A demonstrates that they’re simply on another level to the rest of the competition this year.

Few that have followed Spalletti’s career could doubt his coaching ability. He has almost three decades of experience in the dugout. When Calciopoli rocked Italy back in 2006, he was named coach of the year in Serie A in successive seasons. More than one of his Roma teams produced stunning football.

Now, at the age of 63, Spalletti is on track for the first Scudetto of his career. He’s built his best side yet by looking to the legacy of Maradona, taking inspiration from the very heart and soul of the club.

For Napoli, it’s about so much more than winning. Take a look at how they beat Juventus. That’s “how beautiful football can be”.