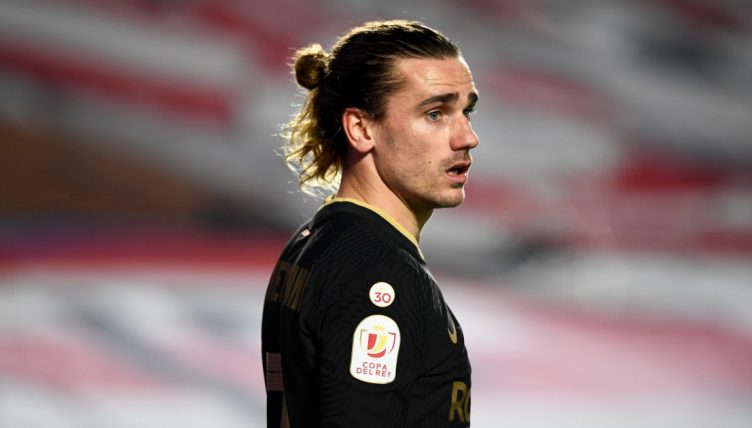 Judgements are formed incredibly quickly these days, but those writing off Antoine Griezmann may need to be revised after the forward continued his fine form in 2021 by rescuing Barcelona in their frantic 5-3 victory over Granada.

Influenced by the blossoming of social media from a cute accessory to an all-consuming monster, people everywhere are quick to define people by isolated events rather than employing a modicum of perspective.

Take Griezmann for example. Yes, he has struggled at Barcelona since his €120million move from Atletico Madrid in July 2019. But the rubbernecking by supporters frustrated at the club’s decline has masked one simple fact: Griezmann remains an astonishingly good footballer.

After all, he has the trophies to match his own personal accolades. No striker could thrive for such demanding managers as Diego Simeone and Didier Deschamps without marrying work-rate, technique and flexibility with a knack for hitting the target that would embarrass a First World War sniper.

As the old saying goes, form is temporary but class remains permanent. No La Liga player is able to better Griezmann’s seven goals and six assists in all competitions since the beginning of 2021.

This isn’t a case of quantity replacing quality either, as anybody watching Barca’s Copa del Rey tie at Granada will testify.

During a game that yo-yoed more than a Busta Rhymes interlude, Ronald Koeman’s team found themselves two goals down as the final whistle loomed. Late goals from Griezmann and Jordi Alba in the 88th and 92nd minute saved Barca’s skin and possibly their season too.

Chastened by seeing a famous victory slip through their fingers, Granada proceeded to collapse in the manner of American democracy.

Griezmann notched his second while Frenkie de Jong, who earlier had ignored an expectant Lionel Messi during a life-affirming dribble, took the tie out of Granada’s reach.

With the crisis averted, Barca turned on the style for the last goal that can be summed up in two words: technical finesse.

Okay, here’s a few more. After a Messi shot was blocked, Ousmane Dembele waited for the ball to land at his feet and sent a first-time pass towards the unmarked Griezmann.

The absence of any defenders gave him time. Turning in the manner of Scott Parker trying to escape a lift, French football’s poster boy flicked a guided cross to the back post with the outside of his foot. One Granada player made a token attempt to intercept, but this proved futile.

The casual execution of such quality couldn’t have been more Gaelic if it had been served on a plate with brie and garlic.

The lurking Alba simply couldn’t miss but, just to make sure, he smacked home a fierce volley that goalkeeper Aaron wisely got nowhere near. No save is worth instant decapitation.

OH MY WORD…what a hit from Jordi Alba! 😍

A brilliant volley to all but seal Barcelona's place in the Copa semi-final 🔵🔴 pic.twitter.com/yVbtyE6YLU

For all the disappointment over Griezmann’s spell at Barcelona, it’s worth remembering he has joined a club in flux.

With the greatest team in their history, Pep Guardiola’s marauding army of possession-obsessed Oompa Loompas, still fresh in the memory of most, any Barca team would underwhelm in comparison.

But while Griezmann took his time to find his feet, a footballer of such ability would never be anonymous for long. More encouragingly for Koeman, it means that the burden of responsibility can be shared throughout the team, rather than placed squarely on Messi’s shoulders.

With the cup competitions representing Barca’s best chance of silverware this season, Griezmann’s return to form is most welcome.