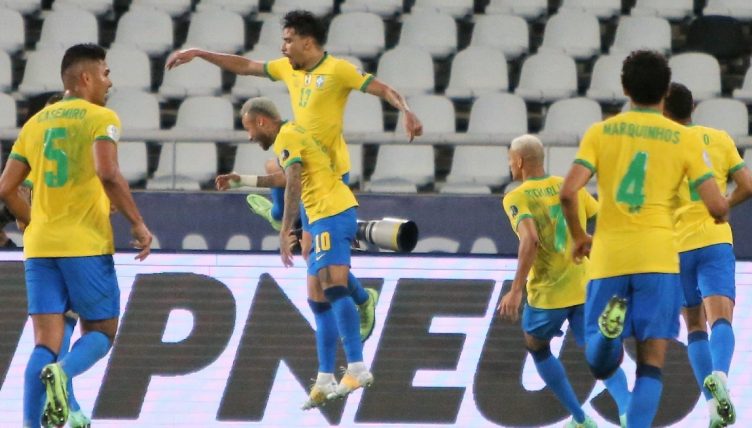 Joga Bonito. Play beautifully. That has been the ethos of Brazilian football for decades. Winning remains important but doing so in style is essential and, after booking their place in the Copa America final, Neymar and the rest of Tite’s current squad are keeping the tradition alive.

Brazil’s latest prodigal son missed the 2019 tournament, an ankle injury suffered in a friendly against Qatar ruling him out for the edition in his homeland. His teammates went on to lift the trophy without him, but there is no doubting Neymar felt shortchanged.

Now he is making up for lost time, appearing in another, albeit considerably more ill-advised, home tournament this summer. The Confederations Cup remains the only honour of his international career so far and the 29-year-old appears hell-bent on changing that. But despite an eagerness to lift the hefty trophy at the Maracana, he is not about to sacrifice his country’s ethos for it. Beautiful football walks hand-in-hand with results in Brazil.

A 1-0 win against Peru on Monday night confirmed Selecao’s place in the final where they will face either Colombia or Lionel Messi’s Argentina, also awaiting his first honour on the international stage.

In the spirit of Ronaldinho, Ronaldo and Roberto Carlos juggling the ball around an airport departure lounge in Nike’s iconic ad campaign, Brazil put on a show for those lucky few inside the Nilton Santos Stadium and for everyone else watching from their living rooms.

E a loucura do Brasil! 🤪

When Lucas Pacqueta fired the hosts in front, it was a result of Neymar’s teasing dribble down the side of the box, attracting the attention of four defenders.

The Paris Saint-Germain ace left the ball dangling tantalisingly in reach of the chasing pack; three of them naively fell for the trap. As they leapt forward, Neymar cruelly squeezed the ball through the legs of Alexander Callens and pulled it back for his teammate.

With his opponents entranced by the blurred mass of Neymar’s feet, Pacqueta was free to fire home the opener and winner with ease; the joyous scenes that followed as much a celebration of its beautiful build-up as the goal itself.

Although this remained the only goal of the game, it only signalled the start of the fun.

Neymar and his team-mates put on an exhibition as Brazil booked their place in the Copa America final last night pic.twitter.com/5trdjTer35

In first-half injury time, the duo indulged themselves in a bit of one-touch in the middle of the park, back-heeling and flicking the ball to one another with ease between white shirts, whose owners were all but reduced to the role of training cones.

Even Casemiro, a player known for dismantling beautiful football, found himself enveloped by the Joga Bonito spirit, flicking an audacious through-ball round the back of his standing leg, before Neymar, not wanting to be outdone, did the same with a rabona.

All that was missing was an accompaniment of Sergio Mendes banger ‘Mas Que Nada’.

At 1am GMT, in the early hours of July 11, Neymar will get his chance to choreograph a footballing dance that ends with his hands around Copa America.

Whoever they face, whether it be the steeliness of Colombia or an Argentina side desperate to win a crown for their own king, Brazil will be keeping it beautiful.