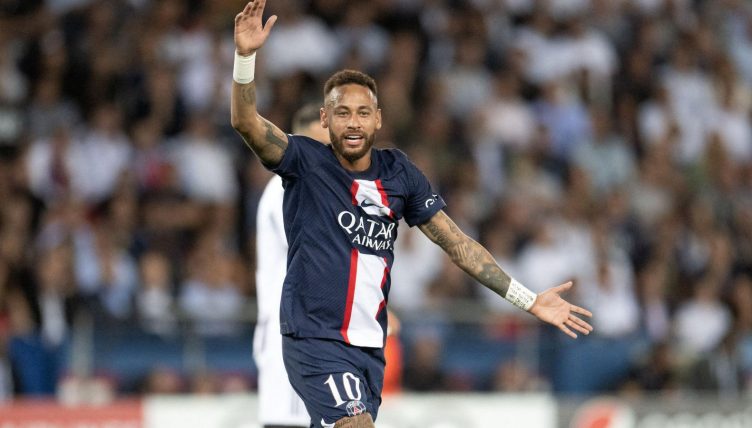 Paris Saint-Germain are Paris Saint-Germain, which is a statement of the bleeding obvious that, if you’ve watched any football at all at any point in the last decade, also contains several layers of implication.

First up, they’ll have a squad so packed with glitzy superstars funded by their limitless oil wealth that it’s almost laughable. Neymar, Kylian Mbappe and Lionel Messi up front together for their Champions League opener against Juventus at the Parc des Princes? Err, check.

Second, they’re going to win Ligue 1, aren’t they? Well, they’re level on points with Marseille after six games, but the fact they’ve scored 24 and conceded four so far tells us that, yeah, they’ll probably seal another French crown at a canter.

Thirdly, and finally, they’ll implode in highly amusing fashion as soon as the knockout stages of the Champions League roll around despite their array of talent, surely? Well, try not to laugh, but… maybe not.

Against Juve in beau Paris on Tuesday night, there were two moments of Neymar-to-Messi, backheel-flick joy that subtly but assuredly raised a hand to the rest of Europe and said, ‘You might think we’re funny, but we might finally be ready to actually do this shit.’

Neither of the backheels resulted in a goal – and it’s natural that the outrageous Neymar pass to Mbappe that did result in PSG opening the scoring should get all the attention. But both were clear signs that this season’s PSG manager Christophe Galtier is finally getting his trio of football divas to sing in harmony.

The first came not long after that first PSG goal. Messi dropped deep to pick up the ball, as is his wont. As he did, Neymar drifted into that gap on the edge of the penalty area where defenders and midfielders point to each other as the responsible party for doing the closing down.

With that move, the Brazilian managed to draw four players towards him, but none quite close enough to nick it off his toe. Messi burst into the space created and Neymar played his first deliciously-weighted heel pass of the night.

OK, Messi ended up running into a bit of a cul-de-sac after he’d got the return ball. But just look at how Mbappe immediately gets on his bike as he sees Neymar create havoc and disorder with two touches and a healthy dose of imagination.

Mbappe knows that there will be more like this later in the game – and probably all season, too. He knows that if Messi and Neymar are linking up like this, all he needs to do is keep running into space.

After the Mbappe goal and first little backheel sequence, the game swung back and forth, PSG adding a second before Juve got back into it with a spell of sustained pressure and Weston McKennie’s thumping header.

But as long as the fabled front three were on the pitch, there was always the threat of more unstoppable interplay. Mid-way through the second half, that threat became material with a moment even more promising than the one above.

As with many of the good things that PSG do going forwards, trace it back far enough and Marco Verratti was the original source. But it was the sequence between the Messi-Neymar-Mbappe trident that made us purr like cats in a dairy.

Just look at it. Neymar knows he’s going to draw two markers again. Messi drifts into that space again. And this time, the Argentine finds Mbappe’s run with a nonchalant swish of that left boot.

Again, it comes to nothing, Mbappe’s shot goes narrowly wide of the far post. But again, it is undefendable attacking play. There is no dallying on the ball, no extra touches allowing defenders to gain shape and composure, just four flashes of dizzying movement and innate understanding.

Have we got a bit excited based on two bits of play that didn’t come to anything? Well, it’s definitely not beyond us to do just that. But do these little moments of devastatingly effective, beautifully simple football suggest something is happening? It is also possible.

With his 3-4-3 and the greater compactness between midfield, defence and attack that it engenders, Galtier has also got PSG looking slightly more resilient. Of course, there will be sterner tests of that resilience to come, but this is a manager whose teams are as tough as his granite-eyed stare.

If he can mould this team in that image, then with this front three in this sort of form, perhaps the European breakthrough so long-awaited and decadently pursued will finally come.

Yes, you’ve read this prediction before, written by someone else, in seasons gone by. Yes, we might be getting a bit overexcited because we love watching Neymar backheel a football to Lionel Messi. Yes, there are moments of selfishness Galtier still needs to iron out – like when Mbappe failed to cross for Neymar in the second half.

But for crying out loud, just look at those backheels.

READ NEXT: 9 of the most bitter feuds between team-mates: Pogba and Mbappe…