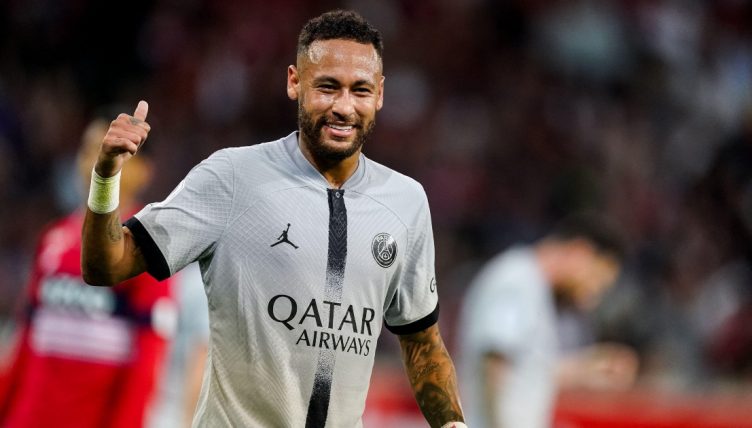 Whatever the reason, Neymar has started the 2022-23 season in the kind of form normally reserved for Ballon d’Or winners.

The 30-year-old has scored five goals and registered six assists in his first three games of the season as PSG have trampled all over their Ligue 1 opponents like a herd of elephants squashing an ant.

Much of this can be attributed to the Grand Canyon-sized chasm between PSG’s finances and those of the rest of the clubs in France. But, as Manchester United have demonstrated, money isn’t necessarily everything. Talent without application is a shortcut to failure.

While PSG have been accused of coasting at times domestically – an inevitability which leaves them undercooked for Champions League knockout matches – the looming spectre of Qatar 2022 has sharpened a few minds and limbs from the get-go.

And, on a summer’s evening in Pas-de-Calais, the French champions tore into Lille with the relish of a recently released hostage attacking an all-you-can-eat Chinese buffet.

Mbappe scored after eight seconds, going on to record a hat-trick, while Lionel Messi and Achraf Hakimi also helped themselves to gifts from the generous Lille defence.

But it was Neymar that ran the show. The Brazil international scored twice and provided three for his team-mates in a display that redefined the word ‘sumptuous’.

And yet, somehow, he managed to overshadow each of his five goal contributions with a moment that didn’t produce a goal but did leave jaws agape and a pool of saliva in the away section of the Stade Pierre-Mauroy.

Receiving possession centrally just inside his own half, Neymar dribbled forward and looked set to leave the opposition with twisted limbs and broken spirits. Which he did, but not in the manner you’d expect.

Instead, Neymar picked out Mbappe with a pinpoint pass in the kind of service that’s normally reserved for the Elysee Palace. Never mind that Mbappe couldn’t convert, it was the biggest indication that Neymar means business.

That sound you can hear is Ligue 1 defenders quivering and muttering hurried prayers to the gods. They’ll need nothing short of divine intervention to stop Neymar in this form.

Perhaps Neymar has simply had a kick up the arse. When Christophe Galtier and Luis Campos – new PSG manager and sporting director respectively – arrived in Paris this summer, they made sure that Neymar understood he was no longer indispensable to the club.

According to ESPN, Campos never told him directly that he wanted to find him a new club, but the Brazilian and his large entourage were aware that PSG were open to letting him go.

It has had the desired effect. Neymar came back four days early from his holidays and was in good shape, unlike last summer when he returned to training overweight.

Whatever the reason for his change in attitude, we are now seeing the player who was viewed as the heir to Messi and Cristiano Ronaldo for much of the last decade.