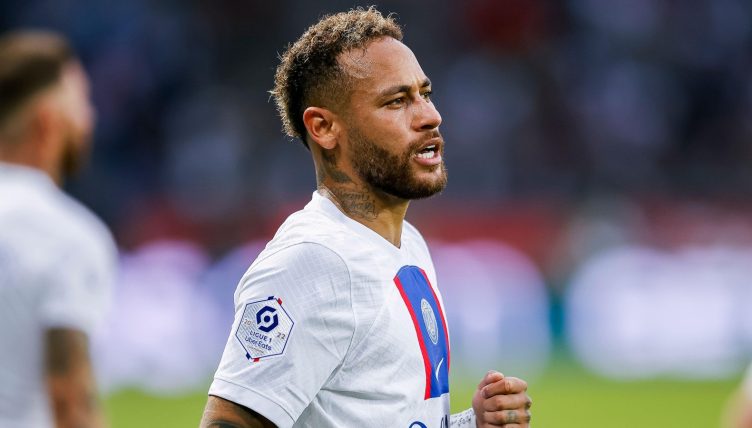 The peacock is surely the most flamboyant creature in the natural world.

There are times when the peacock stands there doing nothing but stare into the outersphere. This is solely to deceive outsiders. For, when the feathers are flaunted and the peacock struts about like it owns the joint, there’s rarely a more thrilling sight in nature.

Neymar is surely the footballing equivalent of the not-so-humble peacock; a bewitching presence that can attract haters but leaves onlookers with their jaws dislocated in another postcode with his sheer impudence.

His renaissance this season has been thrilling, partly motivated by turning 30 and the knawing sense of talent going unfulfilled and surely motivated by the upcoming World Cup in which he’s expected to lead Brazil to glory.

Or it could simply be an elaborate trolling of Kylian Mbappe. Which, deep in our hearts, we all know it must be.

But, whatever the origin, it’s clear Neymar has embraced his inner peacock to reaffirm his status as arguably Europe’s drippiest footballer.

Take his performance against Lorient. While it’d be a stretch to describe a trip to Brittany as the French equivalent of Pulis-era Stoke, it had all the ingredients of an awkward match for PSG; upwardly mobile hosts looking to claim a famous scalp against players shielding their limbs before Qatar.

Neymar dismissed such concerns, stepping up in Lionel Messi’s absence by scoring once and providing the assist for Danilo’s winner.

But there was another moment that best illustrated Neymar’s chutzpah. With the match level, the forward latched onto a lofted pass and checked for a nanosecond, luring a Lorient defender into a trap.

After toying with his prey, Neymar hit the accelerator button and left his opponent grappling on his shorts in an attempt to avoid faceplanting the turf.

Midfielder Bonke Innocent was left bamboozled, lunging into a tackle and ending up in the Bay of Biscay as Neymar continued his remorseless progress.

In the end, Mbappe was unable to capitalise on Neymar’s threaded pass but his casual samba shuffle through despairing opponents hammered home the point; Neymar hasn’t played this well since his Barcelona days.

Throughout his career, Neymar has been forced to carry the mantle of being the Brazilian superstar of his generation.

Yet, since Brazil’s quarter-final exit at the 2018 World Cup, others have surged to stardom in Europe’s big league with the rise of young samba stars like Vinicius Jr, Rodrygo, Raphinha and Bruno Guimaraes among others.

Later this month, Neymar will have a supporting cast of the quality that Brazil used to take for granted. And, more importantly, it won’t be a million miles away from the PSG environment where he’s currently shining.

On the evidence of his match-winning performance against Lorient, football’s peacock is primed to own the stage in Qatar.

READ MORE: The 10 most followed footballers on Instagram in 2022: Ronaldo, Messi…

TRY A QUIZ: Can you name every country to appear in a World Cup semi-final?