Playing for what many people consider the Death Star of European football; earning astronomical sums of money from a regime accused of abhorrent human rights abuses, including €2.5million a year for not criticising manager’s choices and €375,000 for simply engaging with his supporters; almost constant accusations of cheating; his regular complaints about officials after PSG or Brazil lose a big game etc etc.

We could go on, but you get the point. It’s safe to say Neymar has as many enemies as he does friends.

But then modern football is hardly a haven of morality, and there are times when our jaws suddenly hit the floor while watching Neymar play football.

Take, for instance, this weekend’s French Cup final, when the Brazilian was played through on goal after 20 minutes against Rennes with PSG leading 1-0 – and did this.

The finish sums up everything brilliant about Neymar the footballer. It’s unquestionably arrogant, obnoxiously so, and you can’t help but admire it for that very reason. If you’re a rock star, you should behave like a rock star. Kanye West knows. Liam Gallagher knows. Neymar knows.

It’s not the first time we’ve been here with Neymar either. His performance for Barcelona against his future employers PSG in the famous Champions League comeback from 4-0 down on aggregate was the stuff of legend.

PSG have a proud history of their arses falling out, but Neymar’s display, particularly in the last seven minutes, married both his otherworldly technical ability with a Roy Keane-like bullishness in his refusal to accept defeat.

With Barcelona 5-3 down on aggregate in the 88th minute, first came the free-kick which he converted with stunning ease, followed by a nerveless penalty to level the scores.

The French outfit’s away goal on the night meant Barcelona were still heading out, and Neymar showed he can – when he wants to – be the complete package by turning provider with a deft delivery to intelligently pick out Sergi Roberto for a remarkable winner.

That game will forever be the concluding montage of Neymar’s highlight reel, the moment he crystalised his footballing prowess into the kind of incomprehensible heroics delivered only by the greats of the game.

There are, of course, a myriad of compilations of his stepovers, rainbow flicks and rabonas, but in that game he displayed both a style and substance which few players can match.

Leading PSG to victory against Rennes would not have been on the same scale, but it would have carried the same attitude of Neymar relishing the chance to live up to his name and reputation.

Instead, PSG, as they are so prone to do, collapsed. Rennes came back from 2-0 down to equalise and take the game to extra-time. Kylian Mbappe was sent off, and Christopher Nkunku blazed his spot-kick over the bar in the penalty shoot-out to gift Rennes the trophy.

While PSG owner Nasser Al-Khelaifi later refused to shake the hand of an understandably smug Hatem Ben Arfa, begrudgingly doing so at the second request, Neymar reacted in his own way, throwing a punch at a fan and criticising his young team-mates. 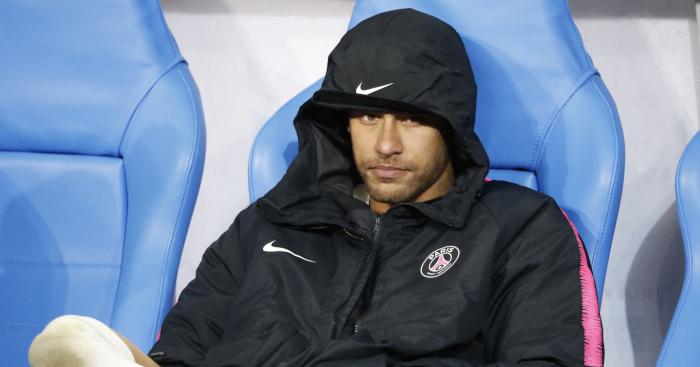 “We need to be more like men in the dressing room, we must be more united,” he said. “I see a lot of young players who are, not lost exactly, but they lack more ear than mouth.

“We are more experienced, so they must respect us a bit more, listen a bit more. I had to do the same when I was starting out.”

‘Twas ever thus with Neymar; there are as many reasons to dislike him as there are love him.

Perhaps it is not entirely his own fault. In the nature versus nurture debate he has been blessed with extraordinary talent but raised amid the perils of modern football. There’s an angel on one shoulder, but a devil on the other. Maybe it’s time we embrace that fact, or at least accept it.

Ultimately, the words of Diego Maradona, another South American star who came to Europe to embrace glory and controversy in equal measure, spring to mind.