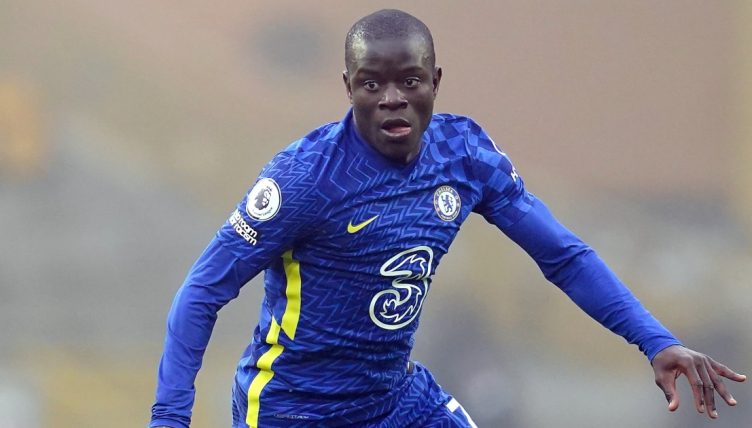 Everybody knows what N’Golo Kante is about.

Apart from being one of the nicest men in football, with a shyness that is beyond endearing, Kante is the epitome of a modern midfielder.

Nobody will out-run him on a consistent basis. Nobody offers the drive from midfield or the assurance with which Kante provides his defenders.

And nobody, not even a Duracell bunny fuelled by Weetabix, can match Kante’s stamina or endurance levels.

Despite struggling at times this season, as Chelsea’s promising start in the league ended with their traditional winter slump, there was never any doubt that Kante would come good during the Champions League knockouts. It’s just what he does.

And the World Cup winner scooped another man of the match award during Chelsea’s 2-0 win over Lille.

Most of the post-match analysis was focused around Kante’s hand in Christian Pulisic’s goal. Clearly inspired by the recent Winter Olympics, the midfielder slalomed through the Lille defence with the ball glued to his toe before slipping the ball for Pulisic to finish.

It was undoubtedly an eye-catching moment. But leaving Xeka on his arse while providing a nearly-assist was a more perfect illustration of Kante’s qualities.

Lille midfielder Xexa had about 0.5 seconds between receiving the ball and becoming acquainted with the Stamford Bridge turf as Kante mercilessly barged him off the ball.

Striding forward with confidence, the France international played a beautifully weighted pass into Hakim Ziyech. Unfortunately, in an attempt to switch feet, Ziyech allowed Sven Botman to whip the ball away. But that shouldn’t detract from Kante’s brilliance.

Chelsea had his combination of an iron fist inside a velvet glove to thank for creating the chance in the first place.

After the game, with Chelsea well-placed to continue the defence of their trophy, Kante was lauded by the assembled BT pundits.

Former Blue Joe Cole said: “He was outstanding, so many times we have seen him in Champions League nights where he has driven the team forward.

“I don’t think there is a midfielder as influential as him in our league for the last 10 years. Everything he does… when he plays well you win.”

Eni Aluko added that Kante can afford to have the odd off day because he regularly puts in match-winning performances.

“He is so important to the balance of Chelsea and he is the motor of the team,” she said. “He played a lot of long balls today, he can mix it up long and short and he is the complete player. You allow him off days because 99% of the time he is 9/10.”

Tuchel offered a more pragmatic assessment. The Chelsea manager, who lost a piece of chewing gum midway through a trademark touchline rant, highlighted Kante’s recent struggles while praising his impact against Lille.

“I was pleased with Kante,” he told BT Sport after the match. “It was not the real N’Golo in recent matches. He struggled a bit with his belief and in his intensity and in his game in general.

“It was good that he stepped up today. He is our gamechanger and I am very happy with him and the team.”

It was a characteristically astute observation from Tuchel. With Chelsea’s forwards failing to convince this season, despite another big-game strike from Kai Havertz, Kante is the closest thing Chelsea have to a gamechanger at this level.

His role in Pulisic’s clincher was one thing but it was his merciless nearly-assist that suggested Kante is back to his imperious best.

That sound you can hear is the rest of Europe quivering at the prospect of facing him.