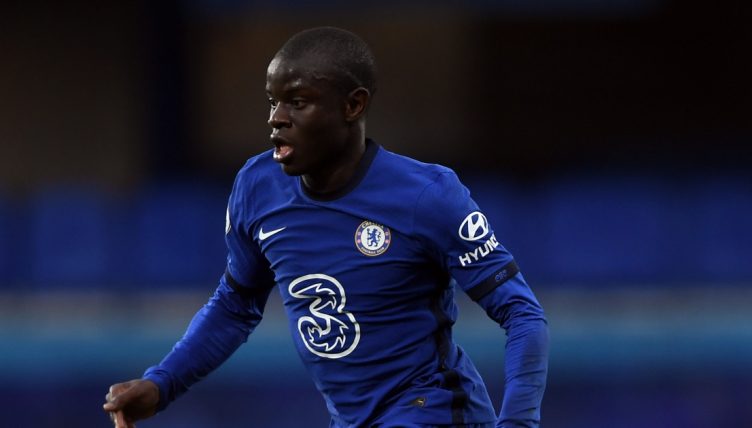 Think about the last time you went for a run.

The process of putting your trainers on, trying to maintain a steady pace throughout while turning puce and the utter exhaustion at the end despite only running for 20 minutes. Lockdown hasn’t been kind to our fitness levels.

That makes N’Golo Kante’s injury-time sprint during Chelsea‘s 2-0 win over Atletico Madrid all the more remarkable.

Yes, it’s literally his job to maintain a body composition unattainable to most. Premier League footballers can’t get away with looking like Neil Shipperley anymore.

But Kante, after putting in an exemplary performance against the Spanish league leaders, covered the length of the pitch in around eight seconds.

Christian Pulisic, a second-half substitute, could only look on in the manner of a Ferrari driver being overtaken by a Mini Cooper on the motorway.

“He looks like the Kante that played for Leicester when they won the league,” Rio Ferdinand said on BT Sports’ coverage.

Joe Cole went even further: “It’s like having two men in one. He looks about five years younger again. He is back to his best. He dribbles. He can pass. He’s fantastic.”

"He has that ability where he's in the right place at the right time."

"He's like having two men in one."@GaryLineker, @rioferdy5 and Joe Cole laud the praise on Thomas Tuchel and Chelsea – with a notable mention for N'Golo Kanté! 🔥🔥🔥 pic.twitter.com/MAW951oC0c

The comments were telling. On the verge of celebrating his 30th birthday, the French World Cup winner has been unable to avoid criticism by some Chelsea supporters over the past few seasons.

After returning victorious from Russia 2018, Kante was a victim of the great Sarriball debates after being moved slightly to one side to accommodate the new golden boy Jorginho.

Injuries and Frank Lampard’s existential crisis limited his effectiveness as Chelsea swung between being too open at the back and having no incision up front. Some began to question whether Kante was past his best and whether it would be worth cashing in on the defensive midfielder.

These people were fools. Under the guidance of Thomas Tuchel, who’s unlocking the potential from this talented squad, Kante has been transformed back into the man who covers the pitch with the energy of a hyperactive Duracell bunny.

Partnering the underrated Mateo Kovacic in midfield, Kante has been the vital link between defence and attack, which already looks far more connected than under Lampard.

Always making himself available to receive the ball, he’s able to maintain possession with one-touch passes while surprising many with his feints that leave opponents contemplating a career change as Kante zooms past.

All this was necessary against Atletico Madrid. Diego Simeone’s team may have underwhelmed in both legs and were deservedly eliminated, but the second leg began on a knife edge.

Kante was everywhere as Chelsea withstood ripples of Atletico pressure. His performance may have slipped under the radar of casual viewers, but the 29-year-old was essential in clearing the ball, recovering possession and making crucial interceptions.

It was a display of defensive midfield brilliance that would’ve made the great Claude Makelele raise a glass in appreciation.

His performance also drew something of a purr from co-commentator Glenn Hoddle, who asked: “Is there three of Kante on the pitch tonight?”

With the match entering its final throes, Chelsea were comfortable – but Kante wasn’t finished yet. He won the ball on the edge of his own penalty area and played an incisive through ball that sent Pulsiic clear.

Sensible beings would have contemplated taking a well-earned breather at this point, but Kante charged forward with the purpose of a Cavalier King Charles Spaniel chasing after a tennis ball.

Pulisic drew Marcos Llorente before sliding the ball across to Emerson Palmieri, who smashed home a low drive.

Such had been Kante’s rapid progress that he would’ve been on hand to tap home any rebound.

Look at the celebrations in the stands from Thiago Silva, Mason Mount and Jorginho! 😆🤣 pic.twitter.com/wNX3YZe0Sx

Tuchel was full of praise for Kante afterwards, saying: “If you play with N’Golo you have half a man more because he has a volume that is simply outstanding.

“It is a big gift for me, a guy so, so humble and a big helper on the pitch. Don’t underestimate his quality.”

The very nature of Kante’s role means that his best work often goes under the radar. Interceptions and positional awareness rarely make compelling headlines and players of his ilk are normally only noticed when playing badly.

Yet Kante’s performance last night was a timely reminder of his unique abilities. While his injury record is a valid cause for concern, Chelsea would be an immeasurably poorer side without his presence.

Try sprinting after your next run and we’ll see if you disagree.