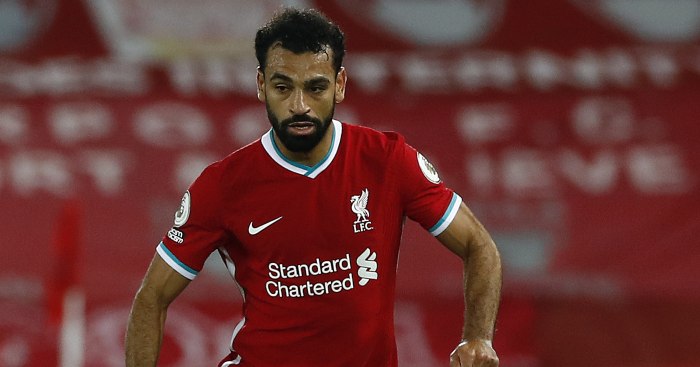 Jurgen Klopp took Roy Keane to task after the former Manchester United captain suggested that Liverpool were “sloppy” at times during their 3-1 victory over Arsenal at Anfield. After watching Mo Salah for 90 minutes, it’s not hard to see why Klopp was puzzled.

While the 2020-21 Premier League season has started with a myriad of both collective and individual performances that have reflected the haphazard preparation for the campaign, Salah has hit the ground running to make a mockery of such problems.

Salah stole the show with a hat-trick to spare Liverpool’s blushes in a 4-3 win over newly-promoted Leeds United in their opening match of the season and was irrepressible – both with and without the ball – at times in their triumph over Mikel Arteta’s Arsenal.

Speaking just as Arsenal sliced through Liverpool’s entire XI to score the opener, Gary Neville picked the worst possible time to praise the pressing of the Reds’ front three, but there was a brutal science to the way Salah and co disrupted the Gunners’ defence for the majority of the clash at Anfield.

It has felt like there has been a step up in intensity in the Egypt international’s performances to date this season, almost as if his healthy rivalry with Sadio Mane has spurred him on to regain the status as top dog among Klopp’s forwards.

Salah appears to be playing the game on fast forward in comparison to some of his opponents, looking stronger, faster and more determined than those who stand in his way.

The usually dependable Kieran Tierney was unable to deal with the sheer directness of Salah’s run into the penalty area that led to Sadio Mane’s equaliser in the first half.

But, in the second half, the 28-year-old showed he still possesses the subtleties to his game that mark him out as a bona fide world star.

Diogo Jota marked his 10-minute cameo with a goal on his Premier League debut for Liverpool, but he could have had more after a sublime pass from Salah.

This pass from Salah to Jota was disgusting pic.twitter.com/nGoH1UO2Hg

There are seven Arsenal players in frame when Salah makes the pass, yet it is timed and weighted so perfectly they are all swiftly eradicated by the best left-footed pass from the right wing Anfield has seen since, erm, well, Helder Costa two weeks ago…

Still, it’s easy to understand why Klopp would take such exception to Keane’s “sloppy” comments after witnessing such a pass.

On a night when Liverpool laid down a marker to the rest of the league, it was yet another reminder that Salah and the Reds are operating on a different level to everyone else.