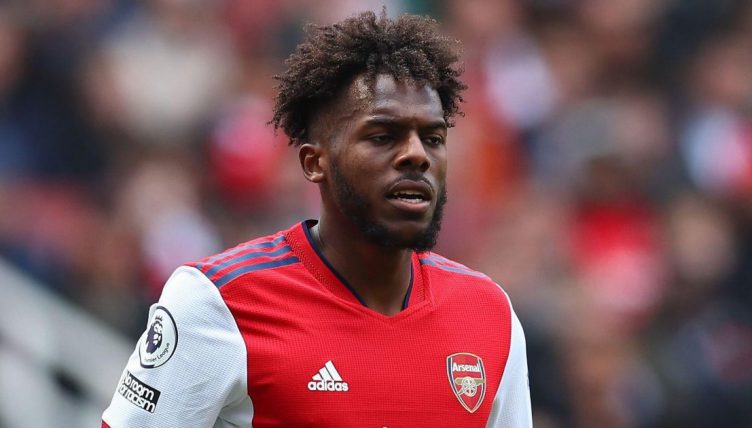 Football matches are usually fluid, free-form entities but, just occasionally, they can be shaped in the image of one participant.

Think of Roy Keane’s performance against Juventus in 1999, dragging Manchester United into the Champions League final with a performance of exceptional leadership. Or Steven Gerrard single-handedly bursting West Ham’s bubbles to lift the 2006 FA Cup.

It’s an exclusive genre but, at a windswept Emirates Stadium on Saturday, we witnessed a new entry into the pantheon. Step forward Nuno Tavares.

Tavares was at the centre of everything during Arsenal’s 3-1 victory over Manchester United, inserting himself into many of the game’s incidents with the shamelessness of a film director that elects themselves as lead actor.

A goal scored here, a penalty conceded there, general chaos in between; the performance of Tavares encapsulated a bonkers match which saw Arsenal stare into the abyss but emerge as favourites to qualify for the Champions League.

Since joining from Benfica last summer, Tavares has endured a difficult time at Arsenal.

Earlier this month, he was taken off at half-time at Crystal Palace after he was deemed at fault for Palace’s first two goals. Tavares was also hooked after just 35 minutes at Nottingham Forest in January following a glut of misplaced passes and overall inadequacy.

But, having ended their April wobble with a madcap victory at Chelsea, Arsenal came flying out of the traps on Saturday and set about United with the relish of lions finding an errant human in their enclosure.

United looked to have strengthened their defence by dropping Harry Maguire but failed to notice that both Raphael Varane and Alex Telles emerged from the dressing room with their shoelaces tied together.

Their ‘attempt’ at clearing the ball only saw it drop to Bukayo Saka. His curling effort was parried into the path of an unmarked Tavares who bundled the ball home after just three minutes.

Nuno Tavares tucks home the rebound to make it a nightmare start on a nightmare week for Man Utd! pic.twitter.com/aZdwwBuXOq

Attempting to knee-slide towards the corner flag to mark his first Gunners goal, Tavares only face-planted the deck in a manner that was the diametric opposite of elegant.

As the BT commentary team chortled down their microphones, Tavares set about putting in a performance for the ages.

He left Diogo Dalot needing a blood transfusion with some brilliant dribbling but, with the afternoon having descended into anarchy, Tavares was seen wandering the pitch like a lost child looking for its mother in a busy supermarket.

Offside traps were sabotaged and nutmegs in his own third were attempted as Arsenal season-ticket holders nodded knowingly, ticking off their Tavares bingo cards.

After receiving a booking for tugging on Anthony Elanga’s shirt, one exasperated fan was clearly heard screaming at Arteta: “We can all see it! Get him off!” Everyone’s a critic these days. 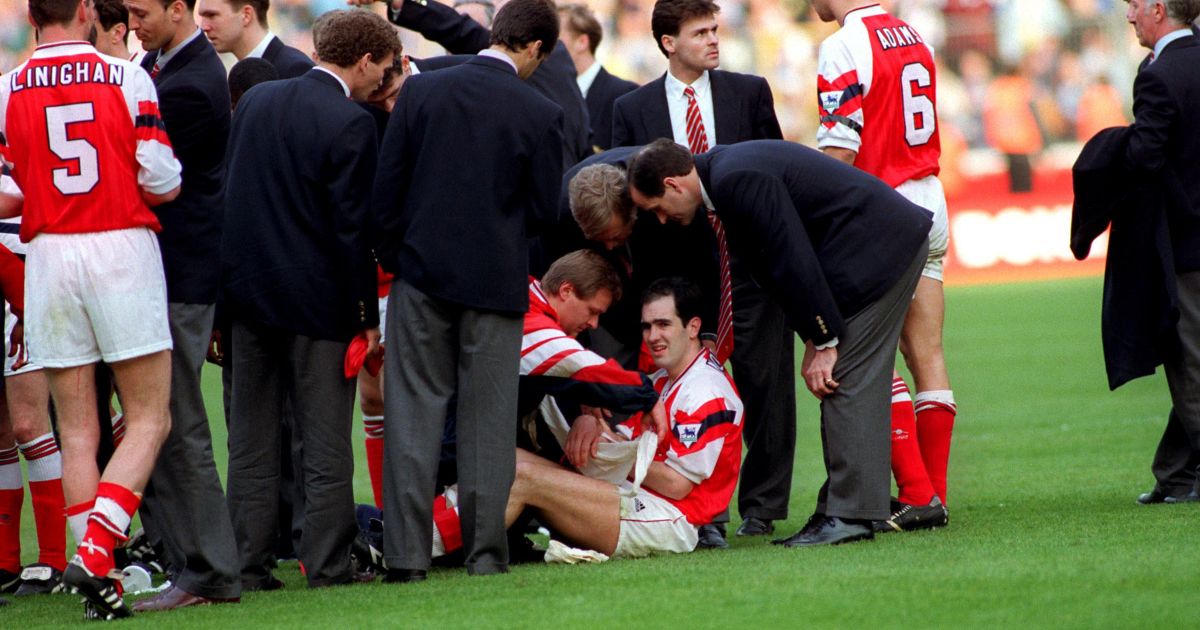 And his coup de grace came with a spectacular handball to gift United a penalty. With Ralf Rangnick’s team in the ascendency, Tavares dangled his arm in the sky and allowed Nemanja Matic to head the ball against it.

VAR spent an age investigating this open-and-shut award while Tavares avoided eye contact with his team-mates. With the footballing gods having sensed an even funnier narrative, Bruno Fernandes dragged his penalty onto the post.

Tavares spent the remainder of the game maiming and being maimed. He bundled into the back of Elanga for no apparent reason, while Fernandes raked his studs across Tavares’ ankle and somehow avoided being sent off.

Perhaps the referee let him off with a yellow because there was no way Fernandes would try and injure Tavares deliberately – he was United’s best chance of getting back into the game.

But Arsenal came through the bedlam to seal a priceless victory. With Spurs drawing at Brentford, Mikel Arteta’s side now hold their Champions League destiny squarely in their own hands.

Nothing can be certain where Arsenal are concerned, especially with Tavares encapsulating their Liquorice Allsort attitude to defending – you’re never quite sure what to expect and it’s probably better to succumb to the randomness than seek reason.

But sections of Arsenal Twitter, seemingly of a more delicate disposition, have lambasted Tavares this season. Still, the defender retains the backing of his manager.

“We have to help him,” Arteta said following the United game. “He needs to go through these experiences to understand – OK what trigged that moment, when you go from here to there – and give him support.

“We know, I’ve said this many times, the bill that you have to pay with these players is that they have never experienced this.

It’s slightly rich considering Arteta preferred *Granit Xhaka* at left-back during the recent defeat to Brighton. But, since Tavares returned to the starting XI, Arsenal have embraced chaos and looked much better for it.

And rarely has a match been shaped by one player as Tavares achieved on Saturday.

The boy is a genius and will surely become an Arsenal cult hero in no time.