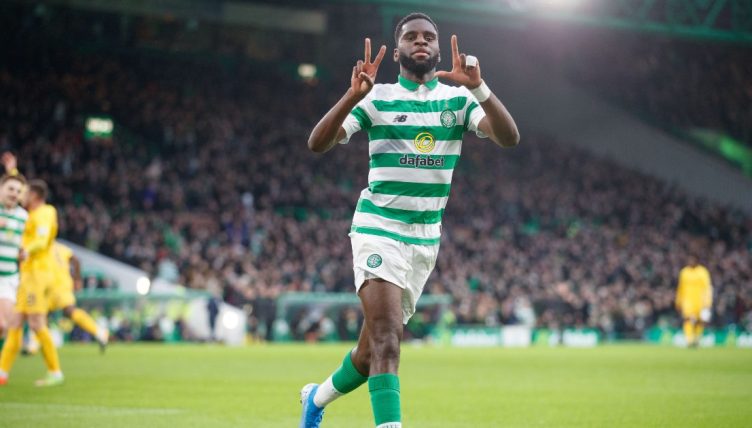 If you know anything about transfer gossip column stalwart Odsonne Edouard, it’s likely to be that he scores goals. Lots and lots of goals.

It’s been a season to forget for Celtic. Yet even amid the club’s issues, their star striker tops the scoring charts in the Scottish Premier League with 16 goals, taking his overall tally to 53 in just 86 appearances in the Scottish top flight.

There’s no denying the 23-year-old Frenchman’s fine goalscoring record. But with all due respect to Scottish football, Afonso Alves famously averaged more than a goal a game in the Eredivisie before spectacularly flopping at Middlesbrough, so success outside of England certainly doesn’t guarantee glory in the Premier League.

Is Edouard better suited to being a big finish in a small pond, or is he good enough to make the step up to a higher level? Going out a limb here, but yes – of course he is. Just watch him. There’s a reason Arsenal are reportedly ready to fight Leicester City for his signature.

The kid is the complete package, with more than enough guile and technical ability to link up play when leading the line. Just look at this backheel, against Hearts back in December 2019.

With three Hearts bodies closing in on him, the France Under-21 international did ludicrously well to draw them all in before recycling possession with a perfectly executed piece of skill.

The pass was enough to leave Loic Damour, Craig Halkett and Christophe Berra stranded, taken out of the play as the ball rolled towards fellow green and white hooped shirts.

Edouard’s piece of quick-thinking even seemed to be one step ahead of his Celtic team-mates James Forrest and Ryan Christie, who seemed to get in each other’s way before the latter was able to strike low into the bottom corner.

You could call it a fluke, but he’s been pulling off audacious bits of trickery like that for years. Back in 2015, young Edouard finished as the top scorer with eight goals in the Under-17 European Championships as France won the competition. For one of them, he did this.

It didn’t take long for Arsenal’s last signing from Celtic to became a fan favourite, and there’s no good reason why Edouard can’t follow in Kieran Tierney’s footsteps in stepping up to the plate at the Emirates.

The right mix of unstoppable acceleration, nimble footwork, and the plucky self-assuredness required to even attempt such pieces of skill has traditionally been appreciated in the red half of north London.

Goals? Edouard’s a dead-eyed marksman. But there’s far more to his game than just that.