Oleksandr Zinchenko is the midfield mentality monster ideal for Arsenal 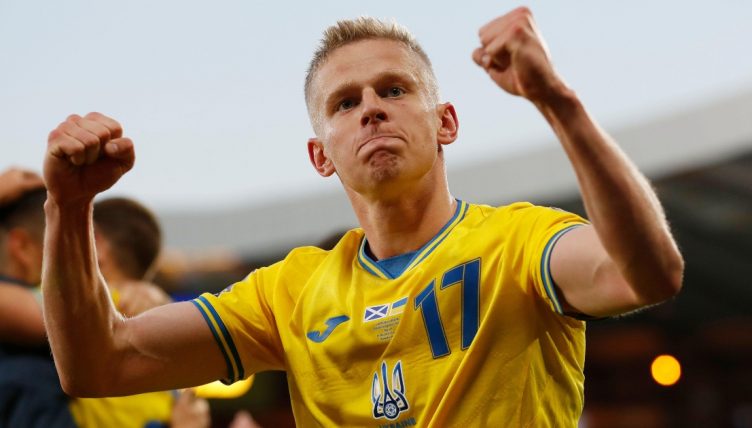 Arsenal are making some eye-catching and ambitious moves this summer, but the capture of Oleksandr Zinchenko from Manchester City may well be their best signing yet.

Zinchenko is not one of the star names most associated with this period of Manchester City dominance, but he’s exactly the kind of dependable squad player that was necessary for them to win four Premier League titles in the five years he’s been there.

Only Manchester United have racked up titles at that rate in the modern era, and Sir Alex Ferguson was never without equivalent unsung heroes – John O’Shea, Wes Brown, Quinton Fortune…

Arsenal fans might look with trepidation at how those players fared away from the top-level dressing room at Old Trafford, and their own record of signing cast-offs from their ‘big six’ rivals (Mikael Silvestre, anyone?) and be a little nervous about this signing.

But Zinchenko can be different. He will be different. The fact that almost each and every one of his 127 appearances for Manchester City have been at left-back – a position his manager freely admits isn’t where he’s best – is evidence of the Ukrainian’s humility, versatility and professionalism.

“In the position that we have in the midfield, in the pockets as the attacking midfielder,” Guardiola told reporters back in April.

“That is his position, definitely. When we brought Oleks for £2million from Ukraine, he was a No.10 – a Phil Foden position, a creative player – but the needs we had… We didn’t have a left-back for many years.

“Fabian Delph adapted incredibly well in that position and Oleks as well. That’s happened because he is well-educated, he knows exactly what it means. He adapted and said: ‘Okay, what does the team need? I’m going to do it.’”

In hindsight, Guardiola’s explicit response that the 25-year-old’s future lies in midfield perhaps signposted his move away from the Etihad.

Soon enough, Zinchenko proved that his manager knows what he’s talking about by producing one of the best performances of his career in Ukraine’s World Cup Qualifier against Scotland in June.

Scotland had home advantage that balmy evening at Hampden Park, buoyed by a boisterous home crowd hoping to reach a first World Cup in over 20 years, but Zinchenko shut out all the noise and silenced the crowd by taking control of the game.

Lining up ahead of Shakhtar Donetsk stalwart Taras Stepanenko and alongside Atalanta playmaker Ruslan Malinovskyi in a 4-1-4-1 formation, the Man City man ran the show.

When the time came, Zinchenko proved decisive by winning the ball, driving upfield and weighting his through-ball perfectly for Artem Dovbyk to kill the match on the counter with the final kick of the game.

It capped off a man-of-the-match display from Zinchenko, one that begged the question of whether he’s wasted as a back-up left-back for Guardiola’s side.

Dovbyk seals a 3-1 win for Ukraine in the World Cup play-off semi-final against Scotland. pic.twitter.com/Dkdqm0EGPu

At the same stadium a year earlier, Zinchenko scored himself before assisting Dovbyk’s last-minute winner in their Euro 2020 round-of-16 knockout victory against Sweden.

“He is a reliable player, honestly. Sometimes when he plays less or didn’t perform like normal, it’s because he’s a human being. What happens in his country, we cannot forget it,” Guardiola added after Zinchenko’s starring role in a 5-1 victory over Watford, with more words prescient of Zinchenko’s heroics against Scotland.

“He is focused, a guy who handles the pressure, otherwise he would not have played the final of the Champions League.”

It shouldn’t be forgotten that in the biggest match of Manchester City’s recent history, the 2021 Champions League final, Guardiola entrusted the Ukrainian to start ahead of Joao Cancelo.

Zinchenko demonstrated his elite mentality against Scotland. He broke down in tears in an emotional pre-match press conference and has spoken openly about how heavy he wears the tragic human cost of Vladimir Putin’s war on his nation.

It was impossible to strip that context from the qualifier at Hampden Park, whereby the Ukraine players came out draped in blue and yellow flags and gave an affecting rendition of the national anthem in the moments before kick-off. Yet Zinchenko successfully managed to block all that out and produce the performance of his life.

That all puts the ongoing psychodrama at the Emirates and shrill hysteria of Arsenal Fan TV into perspective. The sense of frustration and underachievement has seen more than a few signings get swallowed up and swept away in recent years, but you can be sure Zinchenko will stand up in the face of adversity.

There’s no doubt that Mikel Arteta is well aware of this, having worked with the Ukraine international during his time as Guardiola’s right-hand man at Manchester City.

Not only is there logic in the signing – Zinchenko is adaptable enough to plug various gaps in midfield, as well as fill in for the injury-prone Kieran Tierney – but he’s the kind of character essential for the dressing room if Arsenal are to continue growing.