Oliver Skipp and the tackle that sums up revitalised Tottenham 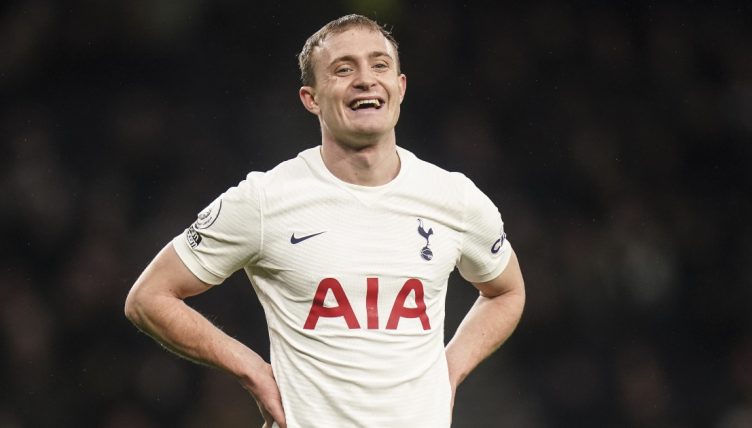 Like all great revolutionaries, Antonio Conte has overseen sweeping change in a short period of time as manager of Tottenham.

Far from the befuddled and becalmed rabble that were falsely advertised as professional footballers earlier in the season, Conte hasn’t taken long to inject some energy and belief back into the Spurs squad.

Yes, you could point to a string of fixtures against sides that weren’t even in the Premier League when Spurs walked out for the Champions League final in 2019 but the professional nature of their recent performances should provide their supporters with plenty of encouragement.

And one of the stars of Conte’s reign so far has been young midfielder Oliver Skipp.

Speaking after Skipp’s impressive performance against Brentford, Conte heaped a considerable amount of praise on his shoulders stating: “He could become a top midfielder, but he has to continue to work.

“He has this will, this desire to become an important player for Tottenham for the present and for the future. He played with great intensity, great passion; with heart, with soul.”

And it’s not hard to imagine Conte smacking his lips at the 21-year-old’s display in the 3-0 win against Norwich.

Skipp made two interceptions, two clearances and blocked one shot, as well as completing 100% of the dribbles he performed. But it was a tackle that got Tottenham fans out of their seats.

Faced with pressure from a Norwich press, Spurs goalkeeper Hugo Lloris skewed his first-half clearance directly to an opposing player but, with the impeccable timing normally associated with a Swiss locomotive, Skipp arrived to avert the danger.

But the most impressive element was, that after dispossessing the Norwich attacker, Skipp had the wherewithal to hook the ball towards Pierre-Emile Hojbjerg to retain possession.

While the youngster still has plenty of developing to do, he is clearly on the right path.

Under Nuno, Skipp looked a solid if limited player prone to taking the safe option with his passes and nothing like the midfield dynamo that helped Norwich to promotion last season.

He’s a different animal under Conte, driving purposefully forward with the ball, fizzing forward passes into the front players and snapping enthusiastically into tackles.

While the career trajectories of Eric Dier, Dele Alli and Harry Winks should offer caution, Skipp embodies the revitalised nature of Tottenham under Conte and it’s exciting to see how he’ll develop under one of the world’s best managers.