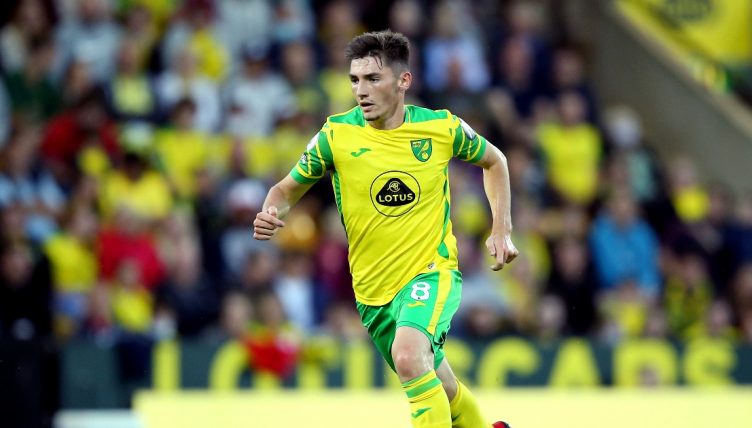 It has never been easy to rise through the youth ranks at Chelsea and pick up regular first-team football. Only an exclusive few make it through. But Billy Gilmour looks more and more like he will join them.

The loan system at Stamford Bridge is utterly relentless. Players can stay with the club for over a decade but never even play a minute of first-team football, each season bringing at least one loan move away.

Mason Mount and Reece James have both overcome the huge mental test that those loan spells inflict to become key members of the current first team. Now Gilmour is looking to join them.

The decision to send the 20-year-old out on loan this season was a controversial one. Following his impressive displays with Scotland at Euro 2020, many Chelsea fans felt that Thomas Tuchel should have looked to give the holding midfielder more game time in the coming campaign.

Tuchel instead decided that the best thing for Gilmour was to spend a season learning from his compatriot and former Borussia Dortmund colleague Daniel Farke at Norwich City.

Despite being emphatically relegated from the Premier League two seasons ago, the Canaries’ front-foot, passing style of play is viewed as the perfect place for Gilmour to hone his skills after their return to the top tier.

He has already become an incredibly popular figure in East Anglia as well, impressing immensely during pre-season, most recently bossing a friendly with Gillingham at Carrow Road.

One moment in particular caught the eye and caused a sharp intake of breath among the returning Norwich fans.

As Gillingham struggled to get to grips with their Premier League opponents Gilmour, to put it frankly, started to take the piss.

A neat bit of play in the middle of the pitch eventually saw the ball laid back to the loanee and, barely lifting his head, he played a perfectly weighted, first-time pass to left-back Dimitris Giannoulis.

gilmour is too good. pic.twitter.com/MGt8Ldmr6X

The Greece international was left with the simple task of squaring for Lukas Rupp to tap in their third of the game. A pass that Paul Scholes would be honoured to call his own.

Playing in the quarter-back role between Rupp and Pierre Lees-Melou, Gilmour played with maturity beyond his years, dictating the tempo of the 5-0 thrashing with ease and berating his team-mates when a forward passing option was not available. He was not afraid to take matters into his own hands either, intelligently picking his moments to burst forward.

It can be difficult to draw any semblance of passion from a crowd during a pre-season friendly, so the fact Gilmour was able to coax a standing ovation from them when he was substituted says plenty about his performance.

Will he face tougher tests than Gillingham this season? Well, yes. Steve Evans’ side probably won’t be his fiercest opponents.

Many Chelsea loanees have fallen by the wayside. But it is getting harder to see Gilmour ending up anywhere other than in the heart of the Blues midfield. Enjoy him while you can, Norwich.