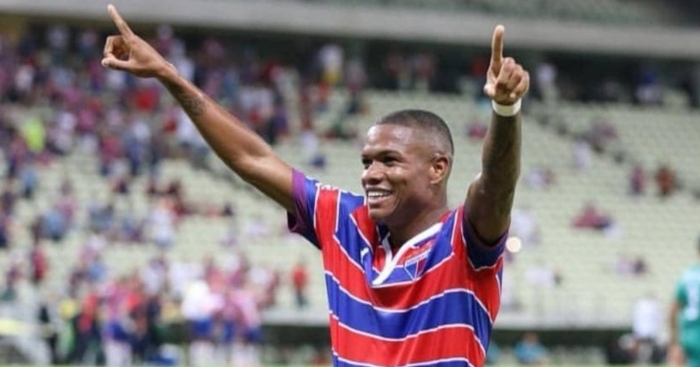 To score an amazing goal but constantly have people ask whether you meant it must be one of the most annoying things in football. Dennis Bergkamp would surely agree, and now Fortaleza’s Marcinho has experienced it in Brazil.

The step up from the second tier of Brazilian football to the first is huge. The teams at the top table are far richer and boast much better squads, and the stadiums change from mostly rickety old grounds with a couple of thousand people to modern arenas with tens of thousands of screaming fans.

With a packed football calendar and limited wage bills, it is usually hard for the top division’s four new arrivals to survive. After winning consecutive promotions from the Série C to Série B and then Série B to Série A, Fortaleza are now coming face to face with that challenge.

To complicate matters further, the club from Brazil’s far North East have also had to fight on four fronts since the start of the season.

As well the top national division, they have already won the Ceará state championship, beating local rivals Ceará in the final, and are still competing in both the Copa do Nordeste and Copa do Brasil. It may only be four months since this campaign started, but they have already played close to 30 games.

And as if all that weren’t enough, the machine that generates the fixture list for Série A was feeling particularly unkind when it got to work on their 2019 calendar.

In the first nine games of the season, before the month-long break for the Copa América, they were drawn to play six of last season’s top seven, including an opening-day trip to face defending champions Palmeiras in São Paulo.

On Sunday, for the first time since the league began, they would face a slightly less intimidating opposition – travelling 3,000km south to take on Chapecoense, another side expected to spend the season battling relegation.

The game, though, did not start well for the Tricolor do Pici. After 13 minutes, Chape wide man Rildo stole in at the back post to score and the home side seemed to be in full control.

Or at least they did until Fortaleza’s fleet-footed winger Marcinho decided to turn on the afterburners.

To start things off, midfielder Edinho nicked the ball in midfield and played it out wide to Wellington Paulista (the same Wellington Paulista who spent six months behind Carlton Cole, Ricardo Vaz Te and Marouane Chamakh in the pecking order at West Ham), who whipped a delicious ball across the box.

Marcinho, who had been set to start on the bench before Osvaldo failed a late fitness test, motored in well over the speed limit to poke the ball home with his left big toe.

Yet the real moment of magic would come after half time. A long, curling Juninho pass went in behind the Chape defence and Marcinho’s legs whirred into action once again.

He got to the ball first, as he always does, and controlled it with a combination of shoulder and chest, leaving right-back Caique Sá looking utterly baffled as to how he’d been beaten so comfortably for pace. The last time Sá had looked round, Marcinho was five metres behind him.

One more touch with his right knee pushed it just far enough in front of him and, still travelling at the speed of greased lightning, Marcinho flicked it up and over the stranded Tiepo, who, judging by his reaction, felt the full force of the humiliating blow.

“He’s messed up the shot but managed to lob the ‘keeper anyway,” screamed the Brazilian TV commentator – perhaps the harshest reaction possible to what he had just witnessed. Perhaps he was confused by the speed with which it had taken place.

Two minutes later, to add the icing to the cake, Marcinho would get an assist to go alongside his two goals.

Picking the ball up in the middle of the park, he turned and whizzed past two midfielders before slipping the ball behind the defence and into the path of Osvaldo, deemed fit enough to play the last 25 minutes, who slotted it under the advancing Tiepo.

Marcinho is a wonderfully old-fashioned winger – he plays with his shirt tucked into shorts pulled up around his belly button and constantly makes apparent his burning desire to scare defenders shitless with his pace.

On his unveiling at Fortaleza this year he said: “I’ve never made a secret of my desire to play outside Brazil. We just couldn’t agree a deal this time.”

If he can keep producing like he did on Sunday and help Fortaleza stay in the top flight, teams around the world will be lining up to do that deal. If they really want him, though, they’ll need to catch him first.