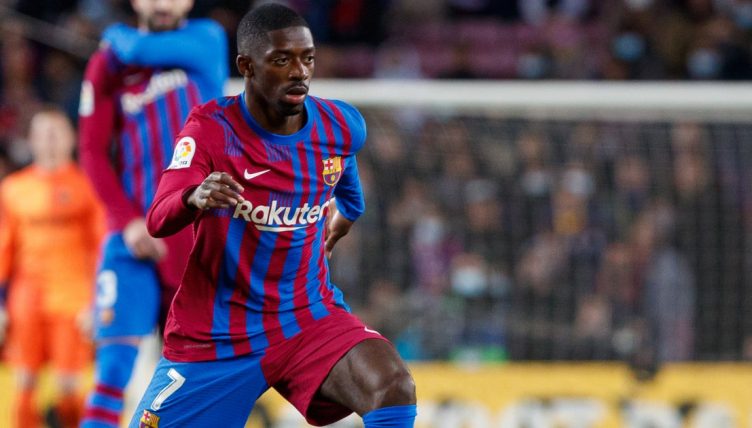 Last Thursday night at the Stadio Diego Armando Maradona in Naples, Xavi looked to the bench and signalled to Ousmane Dembele that it was his time to shine.

Barcelona were already 4-1 up against Napoli, so the winger wasn’t going on to change the game. He didn’t need to. But it was a chance for him to show what he could do in the time that was left.

Dembele got up, went to take his top off and… err, well, he realised he’d forgotten his shirt in the dressing room. Oops.

A member of the backroom staff was quickly dispatched to collect the forgotten garment, but the minor cock-up was spotted by a journalist from the Spanish channel Movistar and made headlines at home.

Of course it did.

In a few moments of inattentiveness, Dembele’s four and a half years in Catalonia were neatly surmised: all his supposed sloppiness, tardiness, and late nights eating burgers and playing video games summed up in one scatter-brained mistake.

Since signing for Barcelona in 2017, Dembele has spent the best part of five seasons crossing a minefield of mini-scandals and injuries, all of which have been lapped up by – and overblown in – the sensationalist Spanish sporting press.

The injuries have even become conflated with the other elements of the story as if they were somehow his fault. Dembele has spent 102 games sidelined with a variety of knocks and strains. That’s 9180 minutes of football. He’s played just 7660 minutes in a Barca shirt.

And, as his contract runs down and he and the club fail to agree terms on a new one, he had started incurring the wrath of the Camp Nou faithful. The Catalan paper Sport accused Dembele of being ‘ungrateful’ and it seems some fans feel the same.

On Sunday, as he emerged from the bench once again – this time at Camp Nou, and with his shirt – he was roundly booed and whistled by the Cules in attendance. 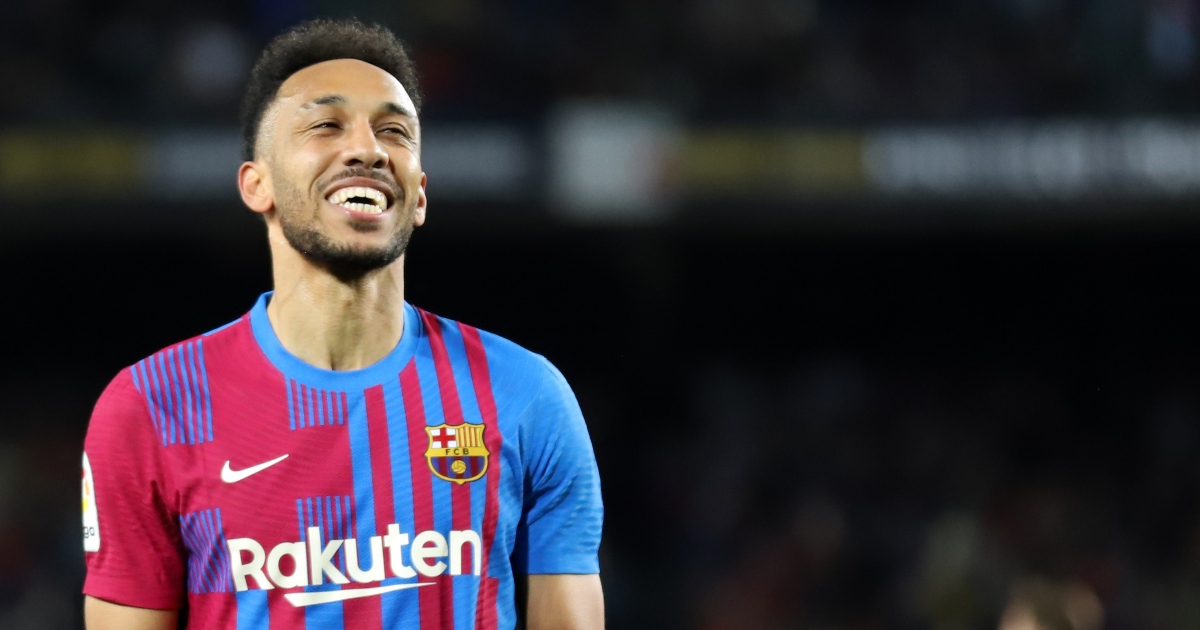 Yet just 30 minutes later, those same supporters were standing not to reprimand but to applaud him.

This time, when Dembele came on with half an hour left, Barca were only one to the good against Athletic Bilbao. The game was in the balance. He did need to change things.

He stepped up. By the time the final whistle blew the Catalans had completed a 4-0 rout, thanks entirely to the man who had started the day as public enemy number one.

Dembele’s first contribution was his most eye-catching. Unless, that is, you were Atheltic ‘keeper Unai Simon – in which case you barely saw it at all.

The fleet-footed 24-year-old was released down the left by a delightful first-time swish of a pass from Frenkie De Jong. Dembele beat his man, but the angle meant he surely had to cross. Pierre-Emerick Aubameyang and Pedri were waiting in the middle.

Eff that for laugh, Dembele thought. With a left foot seemingly powered by nitroglycerin, the France international let loose. His shot rattled in at the top of the near post, nearly ripping the roof off the net.

It was Dembele’s 32nd goal for Barcelona. Sixteen of them have come with his left foot, 16 with his right.

This was not only a goal to put Barca in control, it was Dembele’s way of restoring order to the universe. He had turned the boos into cheers and done so by reminding everyone what makes him so unstoppable at his best.

For all the media circus that surrounds him, Dembele remains a wonderful, wonderful player. He is quick, he is skilful, he is elegant and best of all he is completely ambipedal, the ultimate nightmare for any marker.

Had the Athletic defender shown him inside, Dembele would have curled it into the far corner with his right. Show him down the line and you get this.

It was not the last of his contribution either. Before the end, he had made the win emphatic, not with goals but with a pair of perfect assists. One with either foot, of course.

First, he burst down the right, cut inside Mikel Balenziaga and crossed onto the head of Luuk de Jong with the same foot he’d used to score.

Then the winger beat that same defender down the outside and curled a delicious ball down the corridor of uncertainty and onto the right big toe of Memphis Depay.

Back to Dembele’s minutes. In those 7660 on the pitch, he’s managed 26 assists as well as the 32 goals, which works out at one direct goal contribution every 132 minutes.

He’s clearly not become the player Barcelona hoped he might when they paid Borussia Dortmund €105million in August 2017. But to hold him up as the ultimate symbol of Barca’s transfer market wastefulness is perhaps unfair given the misfortune he has experienced.

Whether he stays or not is now up to the club and player. Xavi, for his part, has clearly struck up a good relationship with Dembele and would like to keep him.

“I see [Dembele] as being happy,” Xavi said before the Athletic game. “He’s acting like a true professional. I’m very happy with him.

“Even when he knew he wasn’t in the squad, he’s been a model professional. I haven’t had the slightest problem with Ousmane.

“That’s why we – and I want to stress that it’s not just me but the club too – have decided that he’s able to play with the team.”

Not only play, but play like this; play to keep Barca on track for the top-four finish that in November looked such a remote possibility.

After the game, Xavi was equally upbeat. “He has made the difference,” the Barca coach said. “Today we have seen the Dembele that we want and that we all want.”

The way Dembele’s team-mates celebrated his rocket-propelled wondergoal with him – surrounding him and patting him on the head – told its own story too.  Whatever fans think of him, this is a man who his colleagues have never given up on.

If he does leave come the summer – and for now that seems the likelier outcome – a balanced universe will remember Dembele’s time at Barca as much for his contributions on the pitch as for moments like the forgotten shirt.

Dembele’s doing his part to make sure that balance exists.