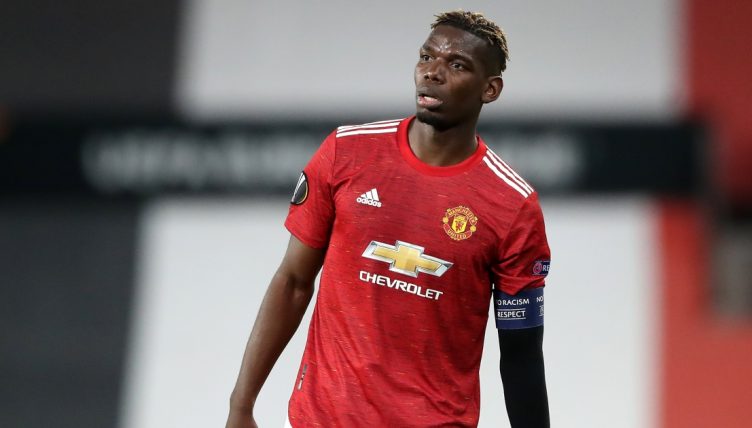 Paul Pogba has always been unconventional.

The explosion of social media has created a generation of players who are simultaneously overrated or underrated.

Every single player exists on a sliding scale of greatness to crap, with opinions formed and reassessed on a continual basis. One solution to the current climate crisis would be to harness the bickering between football supporters into a renewable energy source.

But Pogba manages to be the poster boy for footballers who are both appreciated and criticised in equal measure.

Yes, his image is so transcendent that his footballing output is rarely likely to scale the same heights. But this is still some player. A player it’s worth persevering with for moments of inspiration. A champagne footballer in a beer tavern.

How many players would have the vision, the wherewithal and the composure to create Manchester United’s opening goal against Granada with a deft backward header?

United were comfortably ahead on aggregate anyway after winning last week’s first leg in Spain, but this was still an opportunity to impress. And Pogba, however talented he is, has not always managed that.

But, as Sir Alex Ferguson noted, it’s always worth indulging maverick talents when they have the capacity to make the difference.

You just can't give the Uruguayan space like that!

Pogba started the move himself, driving forward from midfield and slipping a pass to Aaron Wan-Bissaka.

While Granada scrambled the ball away, United retain possession and worked play towards Alex Telles on the opposite wing. The full-back proceeded to whip a cross into the area that commentators love to call the ‘corridor of uncertainty’.

At first glance, the ball seemed more hopeful than dangerous – it wasn’t near the goal or any United player. But Pogba demonstrated his degree in telepathy by moving into the gap that the Granada defence had created. He made the cross dangerous.

That wasn’t all. Facing towards the goal, but without any realistic notion of troubling the goalkeeper, he needed to improvise something to create an opening for his team.

Holding himself up in the air as if being dangled on a piece of string, Pogba contorted his neck muscles and glanced a delicate header back into space behind him. Edison Cavani gave the moment the proportionate respect by firing the loose ball home.

Critics will say that Granada failed to muster any kind of defensive resistance. Maybe they were transfixed like the rest of us by the athleticism of Pogba’s assist and didn’t want to disturb him.

But this argument fails to do justice from the range of skill needed to pull off a deceptively difficult motion.

United went on to win 2-0 and book a semi-final date with Roma – a team that brings back memories of a classic European night at Old Trafford. Pogba will fancy his chances of continuing his recent good form.

Facing Mourinho recently must have helped. Pogba delivered an impressive display after United came from behind to swat aside Tottenham in the Premier League and the France World Cup winner didn’t miss the chance to two-foot his former boss.

In a Sky Sports interview, Pogba said: “What I have now with Ole is different because he wouldn’t go against the players. It’s not like you put them on the side and they don’t exist any more. I think that’s the difference between Mourinho and Ole.

“Once I had a great relationship with Mourinho. Everybody sees that and the next day you don’t know what happened. That’s the strange thing I had with Mourinho. And I can not explain to you because, even me, I don’t know.”

While Pogba can be frustrating, Mourinho failed to utilise his immense talent properly. Having played alongside Eric Cantona and Cristiano Ronaldo, Solsjaker seems to possess a greater understanding of how to make a maverick talent click.