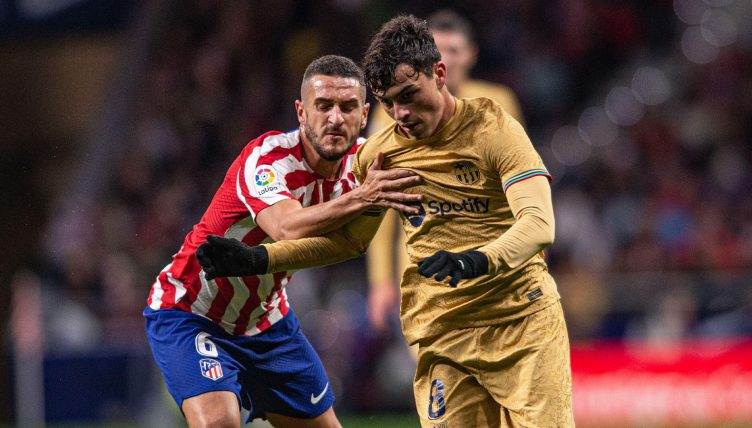 Midfielders like Andres Iniesta only come around once in a lifetime, at least that’s what we all thought until Pedri came along just a few years later.

Regarded by many as the greatest midfielder of all time, Iniesta left a legacy at Camp Nou which is almost impossible to match. Watching him in his prime was pure magic as he brought unbridled joy to football fans all around the world.

Pep Guardiola said it best: “Iniesta doesn’t dye his hair, he doesn’t wear earrings and he hasn’t got any tattoos. Maybe that makes him unattractive to the media, but he is the best.”

It wasn’t the trophies he won or the goals that he scored which made Iniesta great, but rather the intricate moments of genius that he would so often produce as he would orchestrate an entire match.

Iniesta never scored more than 10 goals in a season for Barcelona and yet he was arguably their most important player during their peak, alongside Lionel Messi.

Is it any real surprise that Barcelona’s downfall in Europe also coincides with Iniesta’s exit in 2018? We don’t think so. Iniesta was the glue that kept Barcelona together, although it now looks like they have found a worthy successor to his throne.

You would be forgiven for thinking that Pedri also came through Barcelona’s famous La Masia academy, but they actually picked him up from Las Palmas in the Spanish second division. It’s basically the equivalent of Manchester United finding the new Paul Scholes at Preston North End.

The 20-year-old joined Barcelona just one year after Iniesta’s departure and it didn’t take him long before he was garnering huge plaudits from fans and pundits alike.

Xavi himself even drew a comparison between Pedri and Iniesta back in February 2022. He told Marca: “It’s how he understands the game, goes between the lines and goes behind the midfield pivots.

“He reminds me a lot of Andres Iniesta. If we’re talking about pure talent, Pedri is the best [prospect] in the world. He is a wonderful player. I haven’t seen many talents like him.”

“He gives us a break, he doesn’t lose the ball, he’s both footed… he’s superlative.”

Iniesta was most renowned for his close control and wriggling runs from the middle of the pitch. It was almost as if he had the ball attached to his boot with a piece of string because he was that silky.

It was an art form that only a select few have ever been able to achieve, let alone master. However, Pedri’s ridiculous run and drop of the shoulder against Atletico Madrid shows just how much he has in common with his predecessor.

The run from Pedri! 👌
The turn from Gavi! 💪
The finish from Dembélé! 🤩

Living up to the Iniesta name is almost impossible, but Pedri has all the ingredients to make it at the very top level. Even at just 20 years old he’s already starred in two major tournaments for Spain.

By working with another great of the game in Xavi, you would imagine that Pedri is in the ideal environment to thrive. Following Barcelona’s 1-0 win against Atletico, Pedri told Sport: “Xavi is responsible for the goal today.

“He always tells me to get more into the box and shoot, to take risks, to dare one-on-one. I feel more and more comfortable up top, so Xavi is to blame for today’s goal.

“I slipped through, saw space, divided and found Gavi, who used his body in and gave it to Dembele to score.”

With more performances like that, we’re convinced that Pedri is going all the way to the top.

READ NEXT: Ranking every Barcelona boss since Pep Guardiola by PPG: Xavi 6th…