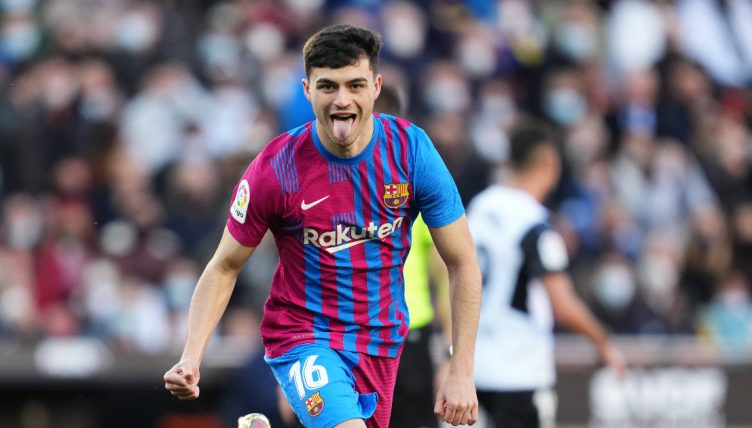 “No way! Messi has scored much better goals. It is crazy to compare me with Messi.”

Pedri Gonzalez may have downplayed the comparisons between him and arguably the greatest player to ever kick a ball, but those lavishing praise on the young midfielder after Thursday night’s game did have a good point.

In Barcelona’s Europa League round-of-16 tie, their first appearance in Europe’s second-tier competition for over 20 years, they found themselves in jeopardy.

After a goalless first leg, a trip to Istanbul to face Galatasaray in a hostile Nef Stadyumu awaited them. To make things even tougher, the hosts took the lead midway through the first half.

With one of the most intimidating crowds in Europe heckling Xavi’s young stars throughout, Barcelona looked in serious danger of a shock elimination to a side who currently sit 11th in the Turkish Super Lig.

For the last 15 years, whenever the Blaugrana found themselves in trouble, they were almost always bailed out by Messi. His ability to carry the team on his back, scoring crucial goals and changing games by himself, is a part of why he is widely considered the ‘GOAT’.

Since his departure to PSG in the summer of 2021, then, Barcelona have required someone else to step up as the talisman, to bring otherworldly quality and composure to the team.

The 19-year-old has been a hit ever since his debut just 18 months ago, and is already one of the first names on the teamsheet for both Barcelona and Spain. 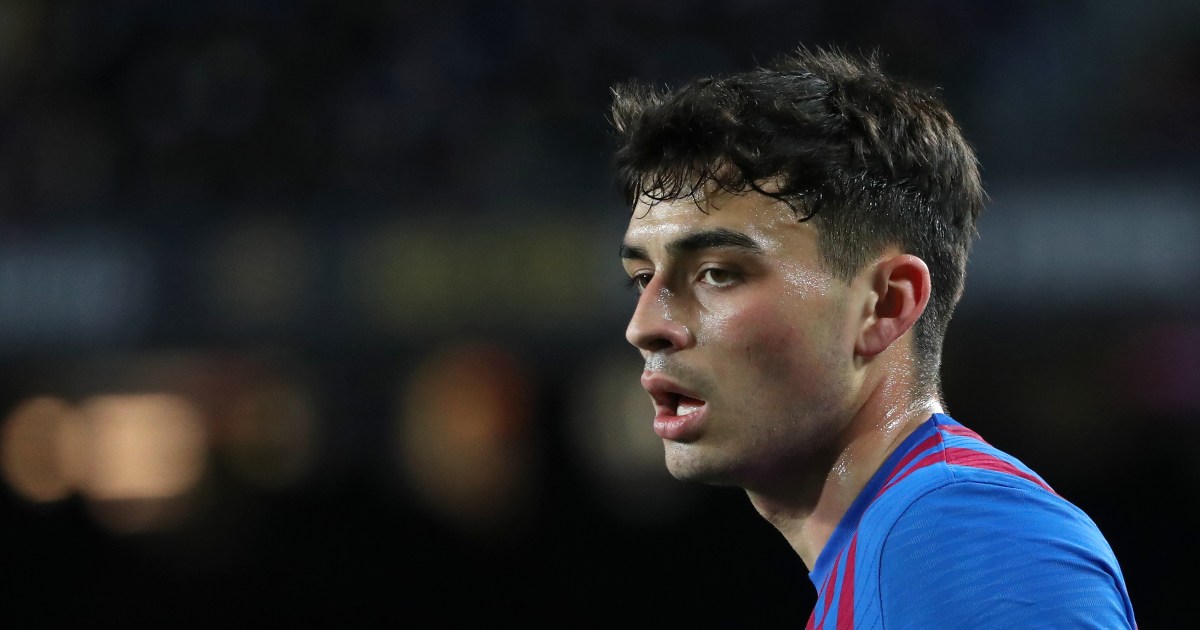 After previously drawing comparisons with Andres Iniesta for his silky style and outrageous technique, Pedri showed why he is the successor to Messi’s throne as the face of Barcelona – and should be for years to come – when he dragged his team past Galatasaray.

In a stunning man-of-the-match display, Pedri equalised in the first half, with a goal that evoked the skill and cool-headedness that Messi once used to show on a weekly basis at Camp Nou.

After a nice passing move between Pedri and Ferran Torres, the midfielder received the ball in the box, but still had plenty to do.

With two defenders sliding in, attempting to steal the ball off him, Pedri simply said ‘no’, and humiliated the pair of them with just a few touches.

As the challenges came rushing in, Pedri’s awareness allowed him to avoid them with two dummies, leaving the defenders on the ground – probably wishing that ground would swallow them up – before calmly slotting the ball beyond Inaki Pena in goal.

The constant noise which had been booming around the stadium quickly turned to whistles, as the home fans realised their entire backline had been sat down by a teenager.

And Xavi couldn’t contain himself on the touchline.

The Barcelona head coach struggled to believe his eyes as Pedri metamorphosed into Messi for a fleeting few seconds, getting his side back into the game just when they needed it.

“It’s a great goal. He’s capable of that and much more – and he’s only 19,” Xavi told the media after the game.

“An absolute privilege. The goal is sublime, of spectacular beauty. He showed a lot of patience to wait.”

Pedri ended the game with the most duels won, as well as impressing with tackles and passes. It was a complete performance, one of a leader.

The arrivals of Pierre-Emerick Aubameyang, Ferran Torres and Adama Traore in January have had an instant impact on the team, but despite the big-name signings, Pedri is the one who stepped up to drag the team through adversity.

Speaking after the game, Pedri explained how such incredible skill just came naturally to him in the moment.

“We didn’t expect to only draw 0-0 at the Camp Nou so we knew that coming here, with that result, would be complicated. But I’ve never played in a stadium which puts you under such pressure!” The Spain international claimed.

“I thought about shooting, but then I dummied, then faked another shot until I saw a space to shoot into. That’s all I remember. I’m lucky in that on the pitch I don’t have to think too much, things just come to me.”

When a player makes football look that easy, it’s a joy to behold. And in this instance, it will have Barcelona fans both reminiscing about the past and excited about the future.