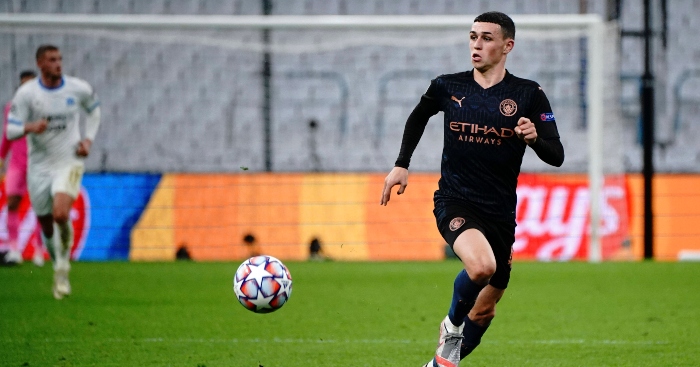 Jermaine Jenas was clearly left very impressed, as he said: “I really hope we’ve got a replay of that touch that Phil Foden’s just plucked out of the sky at some point.”

There wasn’t one shown during the game, but we’re making up for that by writing an article swooning over it, and that’s just as good, right?

So many great moments start off with a howler and this was certainly one of those times. It’s difficult to know exactly what was going through Duje Caleta-Car’s mind as the Marseille defender booted the ball high into the air across his defence.

They were clearly trying to find avenues out of Manchester City‘s press, but to play the ball in such a fashion is risky at best and stupid at worst.

Hiroki Sakai was the ball’s intended target, but it all it ended up doing was giving the Japan international a free front-row seat to watch Foden’s moment of pure class. 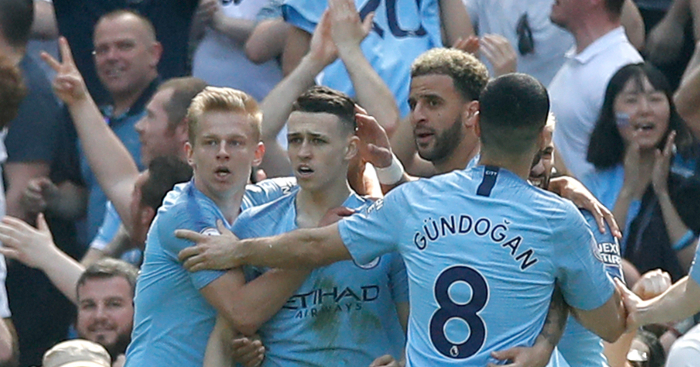 READ: The six stages of Phil Foden’s rise: ‘A gift… on another level’

Running towards the ball’s destination, while it fizzed up and down from behind him, the City man watched it come over his shoulder and stopped it dead with his first touch.

That would’ve been hard enough on its own, but he somehow managed to guide it away from Sakai while keeping it under perfect control.

To top it off, adding a little bit more satisfaction for everyone, he took another very neat touch before passing to Oleksandr Zinchenko the moment the ball touched the floor.

If David Silva was watching, he’d likely be sitting there feeling very proud of his protege, as the 20-year-old offered a reminder of how divine his touch is.

Foden has been showing just how much quality he has this term, recording three goals and two assists across all competitions so far, which includes his well-taken equaliser which rescued a point against West Ham United.

While this is a much more subtle display of the youngster’s ability, it remains just as satisfying.

No replay sadly JJ, but you're right, that was quality 🔥 pic.twitter.com/KHZ1ubHZLD