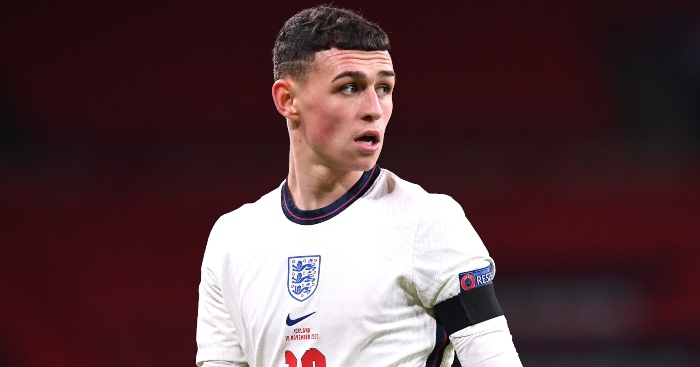 Even at the tender age of 20, Manchester City midfielder Phil Foden is not just England’s future – he’s England’s present too.

The word ‘generational’ is thrown about with careless abandon these days, the phrase sitting alongside ‘world class’ and ‘top, top player’ in losing much of its meaning due to overuse.

This does not apply to Foden. As Pep Guardiola said in 2017: “It’s a long time since I saw something like this.”

It’s not just Manchester City fans who are excited about Foden’s prospects – for generations, England fans have seen their teams outclassed in major tournaments, primarily due to a lack of continental quality in midfield.

If Foden continues his career trajectory, the national team may just have found their Andreas Iniesta or Luka Modric equivalent.

We’re well aware of the dangers of over-hyping a prodigious young talent only to feel disappointed when they fail to meet unrealistic expectations. But with Foden genuinely looking the real deal, you’re going to have to excuse us on this one.

After providing the assist for Declan Rice’s opener in England’s 4-0 victory over Iceland at Wembley on Wednesday night, Foden capped a flowing team move involving Bukayo Saka and Jack Grealish with a sweeping finish to complete the scoring.

Phil Foden gets in on the act with his first international goal!

This was soon followed by a long-range drive to make it 4-0.

Iceland were dispirited opponents by this point, but that takes nothing away from the quality of Foden’s finish.

Foden grabs his second goal of the night with a pin-point finish! 🎯

However, the moment that excited us most was still to come. Teasing his opponent with the ease of Nelson Muntz toying with Martin Prince, Foden took the flying ball and executed an instinctive backheel turn down the righthand touchline.

As if this wasn’t enough, he demonstrated nifty footwork to escape the attentions of two defenders before attempting another backheel pass.

The final part didn’t come off but, frankly, who cares?

After impressive displays from Foden and Jack Grealish over the last week, Gareth Southgate now has a headache over how to balance such sprinklings of flair while keeping some form of defensive solidity.

But make no mistake, England stand a better chance of winning next summer’s Euros with Foden in midfield.

Sure, he might be England’s future, but that doesn’t mean he isn’t already England’s present.