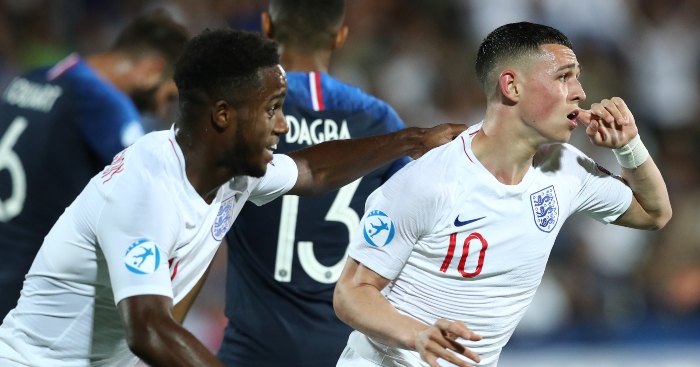 England’s Under-21s might have suffered a setback in their first game of the 2019 European Championships, but they at least had one thing to be proud of.

It’s a big summer for England’s younger footballers, with the Under-21 squad given a chance to build on the famous summer of 2017.

Members of Aidy Boothroyd’s 2019 squad tasted success at the Under-17 and Under-20 World Cups, Under-19 Euros and Under-20 Toulon Tournament that summer, so it was no surprise to see them among the pre-tournament favourites, but they faced an early setback in the form of a heartbreaking late defeat at the hands of France.

Two late goals from Les Bleus helped turn a 1-0 lead into a 2-1 defeat, and it would be fair enough for the Young Lions not to be thinking too much about their opener from Phil Foden.

But the Manchester City man serves a helpful reminder of the quality coming through for England.

One of two Under-17 stars to have already stepped up to play in the Under-21 Euros (Morgan Gibbs White is the other), Foden demonstrated with his goal against France that he is more than deserving of his acceleration through the ranks.

Phil Foden dribbles past half of the French team before slotting the ball in the corner to give @England the lead! 🎯

When Foden receives the ball, France can’t be accused of not keeping their shape. There are eight men in blue between Foden and the goal, so he really shouldn’t be able to get through that enclosed space to find the net.

This is why Hossem Aouar and Jonathan Ikone aren’t too fussed when they fail to stop the England midfielder in his tracks at the first attempt – there’s plenty of cover, so they shouldn’t be all that worried.

However, a shrug of the shoulders and the universal ‘what could I do?’ expression can be contagious, and therein lies the problem.

If you work in the mindset that your opponent will need to do something really special to score, you’re screwed when he actually does. 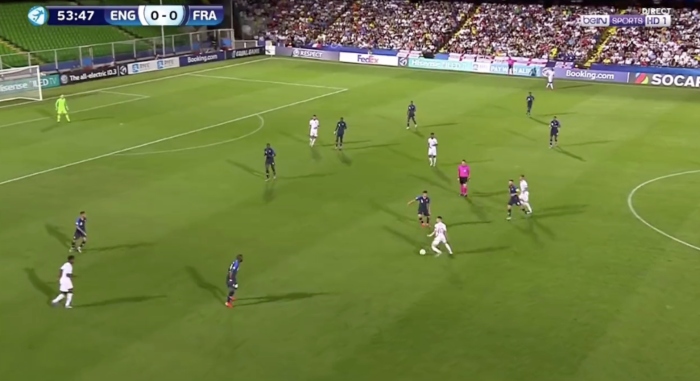 Foden’s path to goal might be largely instinctive, but would still be impossible without his acceleration and close-control.

Each touch is designed to give him more space and a better angle for the next approach, but it’s not always overly deliberate – sometimes he just knows in his mind what that touch will look like.

Even after slaloming through to the edge of the area, he is faced with the daunting quartet of Colin Dagba, Lucas Toussart, Dayot Upamecano and Ibrahima Konaté. He has done the hard part – now comes the really hard part. 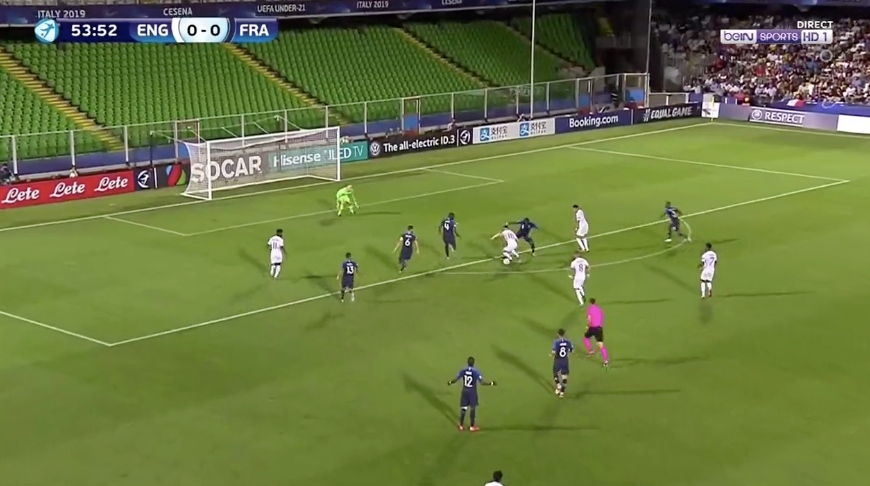 Foden has hardly been the most prolific goalscorer for club or country, so perhaps the French players feel they are making the smarter move by standing off him.

Indeed, he had a grand total of zero goals at Under-21 level before this, but you have to start somewhere.

You can see the cogs turning in Foden’s head in real-time, except they’re sped up as everything moves at normal pace, to the point that it feels as though we’re observing him like a mouse in a science experiment. His dosage has been increased, though, to the point that he’s taking the next step before even we can figure out what he should be doing.

He knows these guys won’t let him settle, so his only option is to let fly before they even decide to prevent him from getting a moment’s rest. By the time they begin to step to him, his step has become a half-step and the ball has left his boot and flown beyond goalkeeper Paul Bernardoni into the back of the net.

Sure, most of the chat after the game will be around Hamza Choudhury’s red card, or the Aaron Wan-Bissaka own goal which handed France a last-gasp victory, but we shouldn’t ignore Foden’s goal just because it was all in vain.

Phil Foden is still just 19 years old and has the football brain of a man many years his senior. It’s scary how good he’s capable of becoming.