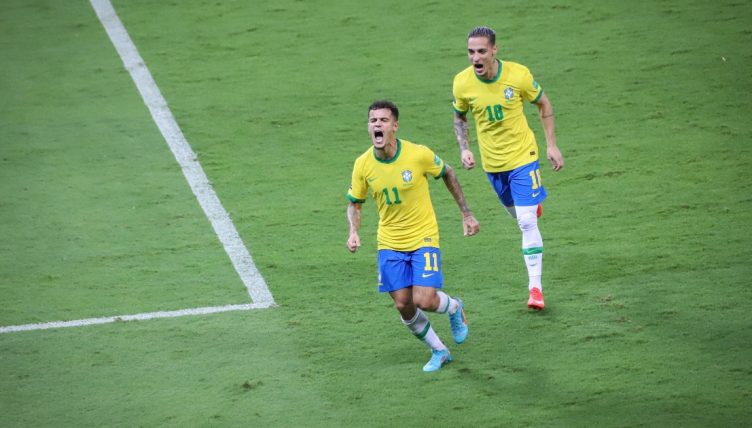 To say Phillipe Coutinho’s return to the Brazil squad divided opinion in his home country would be a significant understatement.

Walter Casagrande, a former Brazil centre-forward turned Globo pundit, wrote on Globoesporte: “I’m not saying Dani [Alves] and Coutinho are not good players. Quite the opposite, I’ve covered many Selecao games in which they’ve played well.

“I’m talking about deserving it at the moment. They were two absurd call-ups, with no merit, making it clear that these two players have a place reserved for them on the list.”

Tell us what you really think, Walter. But his argument would have chimed with those who view Coutinho as a washed-up talent, ruined by his four years at Barcelona and not worthy of selection because of it.

But other voices were tinged with more optimism, albeit containing an ultimatum. “This could be Coutinho’s moment of truth after tough moments in his career,” said Rivaldo in an interview with Betfair.

Only with strong performances can the player justify Tite’s confidence ahead of the World Cup. “From here to the end of the season, Coutinho must perform for Villa and Brazil.”

“From a social and human standpoint, I know how much time he has invested and the challenges he has faced to recover from injury,” Tite commented before the Ecuador game in an empathetic show of faith.

Coutinho was substituted early in Quito, due to Emerson Royal’s brainfart, but made his proper return for the Selecao against Paraguay in Belo Horizonte.

With Brazil already booking their ticket for Qatar, and facing opponents who have misplaced the stubbornness that characterised the best Paraguayan sides, it was the ideal environment for Coutinho to silence the doubters.

And the manner in which he took his opportunity suggested the Aston Villa playmaker doesn’t make a habit of looking gift horses in the mouth.

Coutinho played a major part in an impressive 4-0 win, scoring Brazil’s second goal with a strike that would put a smile on the most jaded of faces.

The Camp Nou escapee received a pass in space around 25 yards from goal – a position where your bog-standard midfielder would be more likely to launch the ball into orbit than anywhere near the goal.

But Coutinho is significantly more talented than that. After two touches to get the ball out of his feet, the 29-year-old fired a dipping shot that could have doubled as a heat-seeking missile for those with blurred vision.

Consider the years rolled back, Phillipe. We’ve missed you.

A wonder strike from the @AVFCOfficial midfielder to double Brazil's lead 🇧🇷 pic.twitter.com/bi6821F2tY

Paul Merson has offered the theory that Steven Gerrard being in the Villa dugout was the biggest draw for Coutinho.

He explained on deadline day for HITC: “A lot comes down to it (the manager). All the clubs have money. It’s about the manager and who they want to play for.

“Coutinho, no disrespect to Aston Villa, they are a great club and I was lucky enough to play for them, he wouldn’t have signed if Gerrard wasn’t the manager.”

If his ripsnorter against Paraguay is anything to by, then Gerrard is already having a positive effect on his former team-mate.

And a fully-firing Coutinho will be a boon for Aston Villa, Brazil and scores of neutral fans across the globe who were saddened by his experience at Barcelona.

If Coutinho keeps producing moments of magic as he did in Belo Horizonte, then his doubters will disappear into the shadows with unprecedented haste.