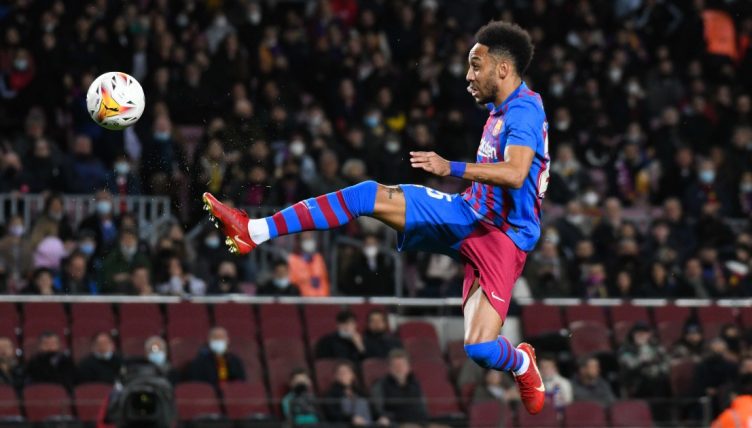 “The only club I would leave Dortmund for are Real Madrid. If they don’t come calling, I don’t leave… Real Madrid is my main goal.”

Those were the words of Pierre-Emerick Aubameyang five years ago to German broadcaster ZDF.

One rollercoaster stint at Arsenal and a desperate search for a new club later, the Gabonese international has instead found himself wearing the Blaugrana of Barcelona.

His most recent goal against Osasuna saw him come out of absolutely nowhere to poke home.

In the same way, after almost three months away from senior football, he has been a bolt from the blue which has helped Barcelona’s sudden drive forward.

Playing for a club he never wanted to play for, and for a manager who once didn’t like him, he has become Barcelona’s “gift from heaven.”

At least that’s what Xavi is calling him now.

Explaining what he meant by that after Barcelona’s 4-0 home win against Osasuna on Sunday, Xavi added: “He is a positive player, he has come into the dressing room very well.

“He adapts well to the team, he creates scoring chances, he scores, he presses. He is a privilege to train.”

Auba has been a privilege to watch in the Barcelona shirt as well.

Take his goal in that match for example (00:47 in the video below). It was one of those which seem totally ordinary at first glance. But the subtleties involved to make it are numerous.

Look at the way he isolated himself from the interest of any defenders at the start. He slowly walked into the box, looking almost disinterested.

But then, suddenly, he made his move. Like a snake that had been hiding in the long grass, he uncoiled himself and struck.

Curving his run, he leapt from nowhere to startle the Osasuna defence who scattered like a panicked herd of bison.

Between the two centre-backs, Aubameyang sank his fangs into the ball at venomous speed. It was past the goalkeeper and in before Osasuna even realised they had been bitten.

It was clear he had to leave Arsenal. There was no way for him to be rehabilitated under Mikel Arteta after whatever it was that led to him being stripped of the captaincy. That, for the Arsenal manager, was that.

Yet no offers were forthcoming. Auba sat at home waiting, with no one notable interested.

A Premier League Golden Boot winner, an FA Cup and DFB Pokal champion, and no one had come in with a serious offer.

On deadline day, as the news came in that Barcelona had a semblance of interest in him, he flew out to the Catalan capital himself to broker a deal.

Arsenal didn’t even know about it and, in the end, just agreed to release him and be done with it.

He took a huge pay cut to convince the club he was serious and, eventually, they brought him in. Xavi himself would have required some convincing.

“Aubemayang can kill you in open space. But Barcelona need players who know how to move in small spaces,” the Barcelona manager said two years ago when still managing in Qatar.

“I am thinking about a player who would adapt to Barcelona and it’s not easy to find one.”

How ironic, then, that Aubameyang has taken to Xavi’s Barcelona like a duck to water. 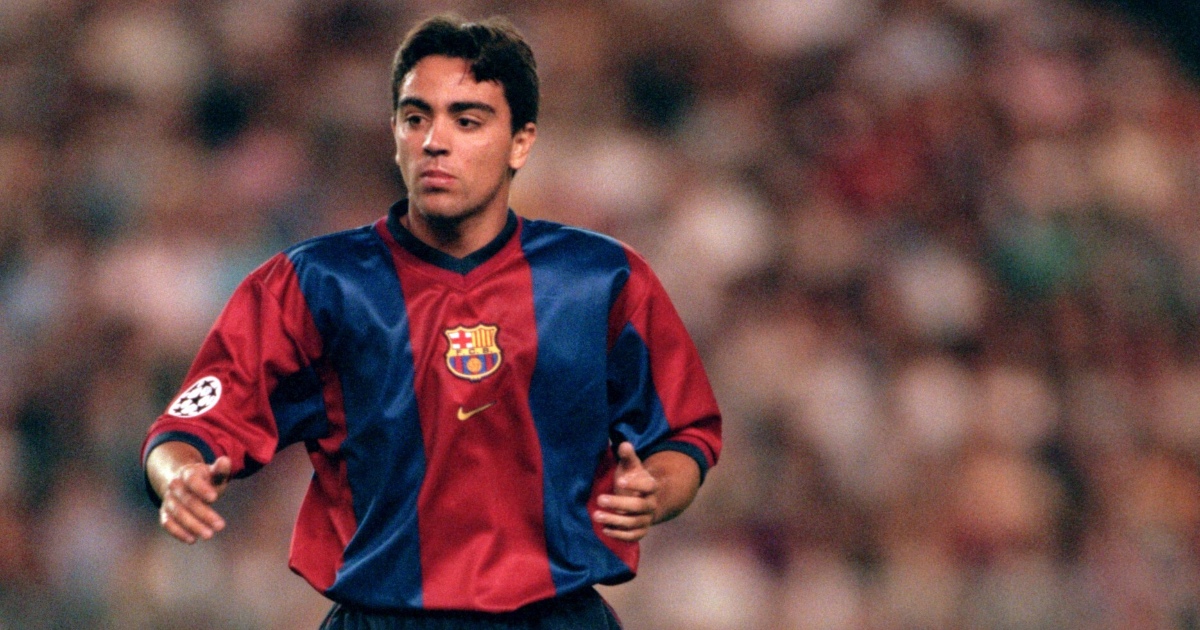 His strike against Osasuna was his fifth goal in six La Liga games, his sixth in nine in all competitions.

It is no coincidence that Barcelona’s rejuvenation under Xavi has gained pace since his arrival. The win against Osasuna was their fourth straight in La Liga and their eleventh in a row undefeated in the competition.

Auba has been a bolt from the blue that has helped drive them forward, adding another element to their fledgling attack. The Gabonese forward has also improved the people around him, most notably Ousmane Dembele.

The Frenchman has one foot out of the door and his performances were poor prior to Auba’s arrival, but the 32-year-old has seemingly made it his one-man mission to convince his Dortmund teammate to stay.

How fitting, then, that it was Dembele who assisted Aubameyang for a goal that so perfectly captured the ex-Arsenal man’s impact on Barca.

It was a delightful curved ball and served as Dembele’s fifth assist in four La Liga games, a sudden turn in form that has Barcelona fans questioning their jeering of him.

“Ousmane is a player that makes all the difference,” Xavi said about the 24-year-old, who has continually defended in public.

“The fans can see that he’s giving everything for Barcelona and you can’t deceive the supporters.”

But while Dembele may not be able to deceive the fans, Aubameyang certainly deceived both Xavi and the Osasuna backline.

Pegged as a player who was finished at the top, he has come from nowhere to drive Barca forward.

Long may it continue.