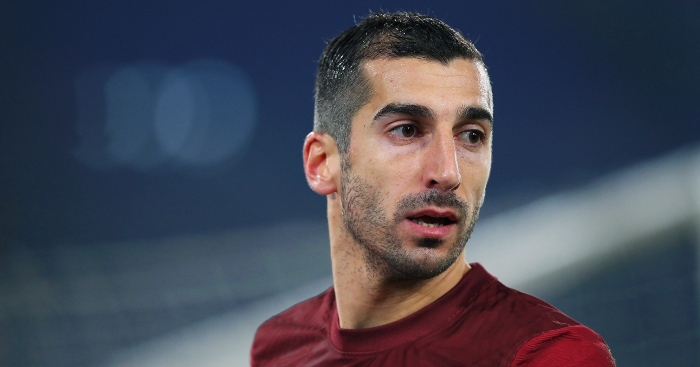 As Henrikh Mkhitaryan tears things up in Serie A this season, the thoughts of Arsenal and Manchester United fans would be worth a penny or two.

Impressing at Borussia Dortmund, Mkhitaryan was recruited for the Jose Mourinho project at Old Trafford in 2016.

Apart from one outrageous goal against Sunderland, a backheeled volley after contorting his body like a showboating seal, the Armenia international failed to make much of an impression at United. His impact at Arsenal was even smaller.

After leaving for Roma in 2019, initially on loan before joining permanently a year later, Mkhitaryan’s reputation seemed destined to be solely shaped by being half of the worst swap deal in Premier League history.

That should no longer be the case. Anybody who’s been paying attention to Italian football this season would have been struck by Mkhitaryan’s form for a handy Roma outfit.

Containing other names that’d be familiar to English fans, such as Chris Smalling, Pedro and Edin Dzeko, the club are currently in contention for the Serie A title – this season marking a sea change in Italy by actually being interesting.

Mkhitaryan has been central to this. Blessed with the ability to create space for others and incredible trickery, the playmaker has recorded seven goals and seven assists this season. Only Bruno Fernandes and Harry Kane have matched these numbers across Europe’s major leagues.

It also helps that he scores goals like this ripsnorter against Parma in November. The poor keeper had more chance of taking off into flight than saving Mkhitaryan’s effort.

Consequently, his failure to adapt to English football looks increasingly because of the fishbowl environment at Arsenal and United. Away from the glare of the Premier League, Mkhitaryan is thriving and proving the catalyst for a rare Roman title charge.

Which, as you must admit, isn’t bad for a player who seemingly personified the dysfunction at Old Trafford and the Emirates – promising much, delivering occasional flashes of skill but ultimately disappointing.

At this rate, he’ll have to be placed alongside Diego Forlan and Iago Aspas as players who reinvented themselves after underwhelming spells in England.