Plan B? Sasa Kalajdzic and the filthy finish that should excite Chelsea fans 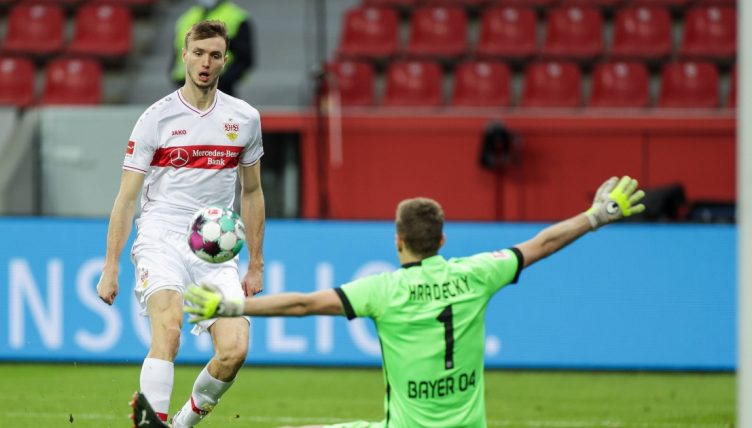 It was arguably the most unique goal scored at Euro 2020.

Trailing 2-0 to Italy during extra-time of their second-round match, Austria’s Michael Gregoritsch whipped in a low corner that initially looked wasteful.

Sasa Kalajdzic clearly didn’t agree. Attacking the ball with the trajectory of a falling tree, Kalajdzic headed the ball past Gianluigi Donnarumma at the near post while almost vertical to the floor.

It was the first time Italy had conceded in 1,168 minutes.

👊 Great header by Sasa Kalajdzic to reduce the deficit.

The goal was as unconventional as it was genius – Kalajdzic was willing to put his head where Mesut Ozil wouldn’t put someone else’s foot and was suitably rewarded for his bravery.

Austria may have lost the match but it was the latest indication of the 24-year-old striker’s penchant for eye-catching strikes.

Born in Vienna after his parents had fled Bosnia during the Yugoslav wars, Kalajdzic grew up with different heroes than most young footballers.

“My heroes are my parents,” he told The Guardian before the Euros. “They fled with nothing and managed to provide a good life for me and my brother.”

After impressing in Austrian football with Admira Wacker, Kalajdzic moved to Stuttgart in 2019 hoping to increase his reputation. A shattering cruciate ligament injury during his first pre-season appearance shattered that dream.

But Kalajdzic is made of stern stuff. After spending most of the 2019-20 season in recovery, he came back just in time to help his club clinch promotion to the Bundesliga.

And he’s flourished ever since. Stuttgart made an impressive return to top-flight football last season, finishing 9th, while Kalajdzic recorded 16 goals and five assists during the 2020-21 campaign.

It’s at this point we should tackle the elephant in the room.

At 6’7″, Kalajdzic is the tallest player in the Bundesliga and logic suggests he’s a ready-made target man. You could imagine Tony Pulis and Sam Allardyce donning body armour, mounting horses and starting a medieval joust for the chance to work with him.

But this is a stereotype-busting footballer. Before a late-teenage growth spurt took him into Peter Crouch territory, Kalajdzic spent his early years as a midfielder and has cited Nemanja Matic as an inspiration.

That time spent in midfield has gifted Kalajdzic a greater understanding of the game, able to make smart runs into the box and bring others into play with his movement as well as his strength.

And he also possesses the classic ‘good touch for a big man’ as Bayer Leverkusen discovered to their cost back in February.

Cool as you like 🥶 We're celebrating Sasa #Kalajdzic's birthday by throwing it 🔙 to this stunning #Bundesliga brace 🎊 🎯 pic.twitter.com/fNuAZcx1GT

The second finish is nice – while the cross from Erik Thommy is a good one, it arrives at an awkward height that makes a header impractical and a shot deceptively difficult to execute.

Kalajdzic does well to open to his body and plant an unstoppable volley past Lukas Hradecky in the Leverkusen goal. It should be noted that the Stuttgart striker barely broke his stride while tucking the ball away, a testament to his athleticism.

But the real treasure can be found in his first goal, the type of strike that permanently dismantles assumptions that Kalajdzic is simply an Austrian Andy Carroll.

It appears that defender Edmond Tapsoba has been outmuscled by Kalajdzic at first glance, an inevitable consequence of entering one-on-one combat with a man over two metres tall.

Not so. Instead of relying on brute force, the Austria international drags the ball over his foot and leaves Tapsoba helplessly lashing out at thin air like a steward unsuccessfully apprehending a pitch invader.

After leaving Tapsoba, who could be forgiven for considering retirement, in his wake, Kalajdzic nonchalantly flicks the ball through the grasping arms of Hradecky and jogs away in the manner that suggests he does this kind of thing every day.

Critics would say that these goals were irrelevant as Stuttgart lost 5-2 anyway.

But any professional footballer can turn on the style when their team is dominant and the opposition is lying prostrate on the floor like a dead budgie – Kalajdzic did it against a superior team in a losing situation.

That indicates a player with immense potential.

As Chelsea weigh up signing Erling Haaland or Robert Lewandowksi, the dictionary definition of a First World problem, reports linking Kalajdzic with a move to Stamford Bridge should not be dismissed by the club’s fanbase.

His height may mean any acts of genius are labelled unconventional, but the Stuttgart striker possesses a unique skill set that would give Chelsea an edge over their Premier League rivals.

Not bad for a Plan B then.