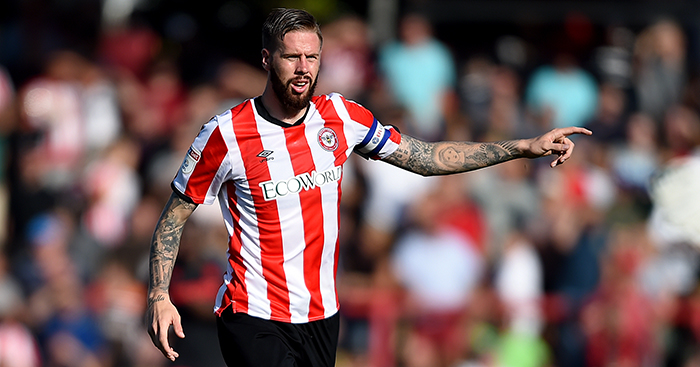 When a team makes its Premier League debut, certain players prove to be top-flight naturals while others will quickly show their deficiencies. If Brentford win the play-off final, Pontus Jansson is a solid contender for both roles.

The former Leeds defender has been a big part of the Bees’ success this season, delivering at one end of the pitch while the ‘BMW’ attacking trio of Said Benrahma, Bryan Mbeumo and Ollie Watkins excelled at the other.

However, as we saw against Swansea City, he’s not free of the overconfidence which sometimes ran through his game at Elland Road. The question, of course, is whether that’s necessarily a bad thing.

It would be unfair to look at Jansson’s contribution and conclude there was no danger when he decided to attempt a backheeled clearance under minimal pressure.

A better way of framing it would be to recognise Jansson determined there was not enough danger.

He recognises how a routine victory does nothing for the TV ratings, and that Brentford have been running out of time to add an element of peril to proceedings.

It’s not that this is a deliberate ploy to make minimal contact and present Rhian Brewster with a goalscoring opportunity – he’s far more professional than to let that happen on purpose – but going for the riskier of multiple options is always fine in his book.

This is the kind of chaotic energy the Premier League can always benefit from: sometimes the prospect of the best athletes in the world operating like automata can be enjoyable, but you need some variety to be reminded that the routine brilliance actually requires hard work and application itself.

It’s important to remember this kind of thing is also possible, if not more common, to maintain an appreciation of good defending.

There’s a fine line between boredom and chaos, and Jansson doesn’t so much tread it as traverse it via unicycle.

At Leeds, it was not uncommon for him to bring out flicks and tricks or embark on over-elaborate runs upfield for no reason other than the fact that he could. Or at least thought he could.

We saw this in a game against Sheffield Wednesday in the 2018-19 season, in which Jansson decided merely carrying the ball out of defence wasn’t creative enough.

There was a problem, though: how could he produce a needless backheel when he was moving forward, while still remaining in control?

It turns out that, for every problem, Pontus Jansson has a ready-made solution.

Other highlights of Pontus Jansson’s time in the Championship include Cruyff turns, more Cruyff turns (at this stage describing them as ‘unnecessary’ feels unnecessary itself) and an episode where he was forced to go in goal under extreme duress when Leeds keeper Kiko Casilla was sent off and they had no substitutes remaining.

He’s the defensive equivalent of a child forced to share the PlayStation controller with his younger siblings when he’d rather spend the entire day dicking around on Tony Hawk’s Pro Skater, and you should have figured out by now that he has been indulged for so long because he’s too good not to be.

You might try to argue the Premier League has no room for this kind of chaotic energy, and certainly not in a team expected to finish in the bottom half of the table. We’d counter that by saying the Premier League can’t survive without it.

If Pontus Jansson isn’t playing top-flight football in England next season, the competition will be all the worse for it.

The Championship table since the restart: Leeds top, Birmingham bottom