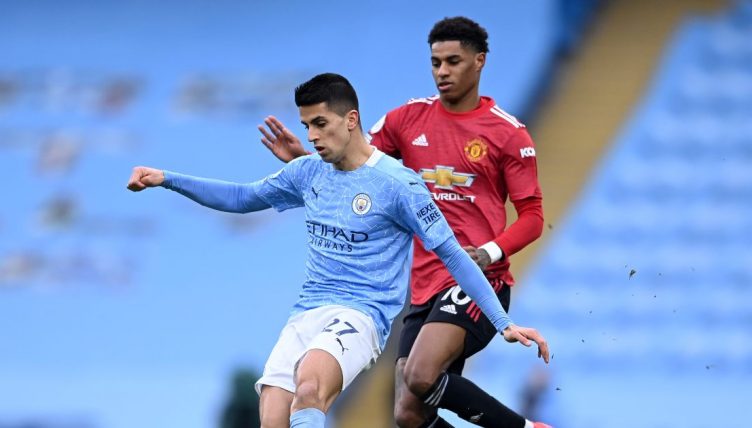 While Marcus Rashford hasn’t been at his best in recent weeks, he showed why he’ll always be the apple of Manchester United‘s eye during their win over Manchester City.

Rashford has been one of United’s standout performers this season but has found the back of the net only twice in his last 13 Premier League appearances.

At 23 years of age, he’s understandably far from the finished article and his decision making in the final third has been heavily criticised in recent weeks.

“I think he does need to be more ruthless,” Paul Scholes recently told BT Sport. “He’s got that ruthlessness missing from his game, which is probably why he doesn’t play centre-forward more, as he’d probably like to.

“He’s always playing in the wide areas because he probably lacks that real devilness to go and score a goal.”

According to reports, the forward has been playing through the pain barrier in recent months and may need shoulder surgery after Euro 2020.

While most logical people would understand why his form has dipped, social media critics have once again told him to stick to football and forget about his selfless activism off the pitch.

But if anyone was doubting Rashford’s commitment to the United cause before the Manchester derby, they weren’t after the full-time whistle.

The England international could be seen holding his back in pain within the first 15 seconds at the Etihad but didn’t let that stop him.

He drove into the penalty area moments later and combined with Anthony Martial, who was then brought down by Gabriel Jesus before Bruno Fernandes made no mistake from the spot.

While Rashford didn’t get on the scoresheet, he did register his 10th assist of the season as a resurgent Luke Shaw doubled United’s lead in the second half.

However, the moment that further endeared Rashford to the United faithful – if that is actually possible – came in the 70th minute.

After United lost possession in City’s half, Pep Guardiola’s side looked to give their rivals a taste of their own medicine by launching a counter-attack.

Like a Duracell bunny, Rashford made a lung-busting run back into his own half and won the ball back from an unsuspecting Riyad Mahrez.

Defending from the front 👏

“When he sprinted 70 yards to save a goal, it showed the attitude of the boy,” Ole Gunnar Solskjaer said after the game.

It’s one of those wonderful moments that supporters in England would celebrate like a goal if they were currently allowed inside football stadiums.

The winger injured his left ankle in the process and couldn’t carry on, prompting Solskjaer to substitute him for Mason Greenwood.

Rashford will undoubtedly hope to rediscover his shooting boots in their upcoming games but this sort of commitment ensures that he’ll always be a fan favourite at Old Trafford.