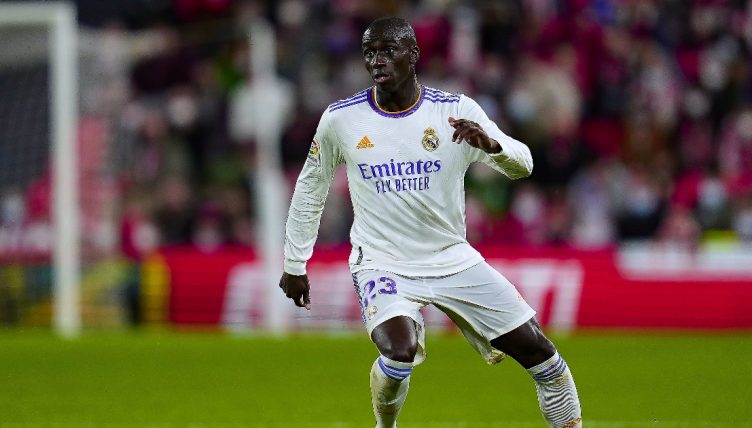 It’s the 86th minute of a cup semi-final against your biggest rivals. The score is 2-2 and the opposition had been dominant for the late period of the game. You’re being pressed in your own box whilst the keeper is off his line.

Most defenders in this situation would either hoof the ball as far away as possible, or panic and succumb to Barcelona’s pressure. Not Ferland Mendy though.

In the Spanish Super Cup El Clasico semi-final, the 26-year-old left-back proved yet again why he is such an invaluable asset to Real Madrid and their fantastic spell of current form which has them five points clear at the top of La Liga.

When he picked up the ball in such a pressurised situation near his own goal, he kept his composure well, whilst also pulling off a skill that predecessors Marcelo or Roberto Carlos would be proud of.

With Pedri and Ansu Fati closing in on the ball, the defender shifted to one side then the other, before perfectly executing a roulette turn to leave both the young stars bamboozled.

Mendy then rounded off the move by laying the ball off to Toni Kroos in space on the left-hand side to avoid the onrushing Nico Gonzalez, which helped Real Madrid build a counterattack of their own.

Ferland Mendy doing Zidane roulettes in his own box, he is unreal pic.twitter.com/vgQv9VpEsJ

Within just five seconds, Mendy had rescued his defence from a sticky situation, morphed into Zinedine Zidane and helped turn defence into attack.

This cool-headedness and sublime skill on display from Mendy comes as no surprise to those who have watched Real Madrid this season. Vinicius Junior has been taking the headlines, but Mendy helps complete their left-hand side to provide one of the best-balanced flanks in Europe.

The combination of sheer pace, running power, sublime technique and excellent final balls between Mendy and Vinicius make them unstoppable down the Real Madrid left, and they’re also making their team fun to watch again.

The trickery the two possess is a nice throwback to Real Madrid teams from the past, where the likes of Marcelo, Angel Di Maria, Mesut Ozil and Cristiano Ronaldo would not only win, but win in style, with plenty of skills and showboating on display.

In a period where football seems to be short of entertainers, where the focus is more on systems and results, having these two on the same side of the pitch and at the top of the league defiantly shows that football can still be entertaining whilst also securing big victories.

Real would go on to win the game 3-2 in extra time to reach the final, with Vinicius scoring the opener and Mendy completing all but one of his six attempted dribbles.

Although Mendy has just two assists to his name this season, his influence further forward comes through his ability to combine well with Vinicius to allow the Brazilian to attack with full freedom, and this roulette helps highlight this perfectly.

Vinicius will see how Mendy handled three Barcelona attackers at once, and realise that he can go forward, safe in the knowledge that the left-back behind him can handle most wingers by himself.

Dani Carvajal and Marco Asensio or Rodrygo on the other flank are solid, but it is definitely the left side that provides the creativity, stability and entertainment which gets the Santiago Bernabeu on their feet.